The Dangers of Consuming Sugar Alcohols

Sugar alcohols like xylitol, erythritol, and sorbitol are heavily marketed to the overweight and diabetic and now those on the keto diet, but over time, their use can lead to worse problems and compromised immunity from gut balance disruption. 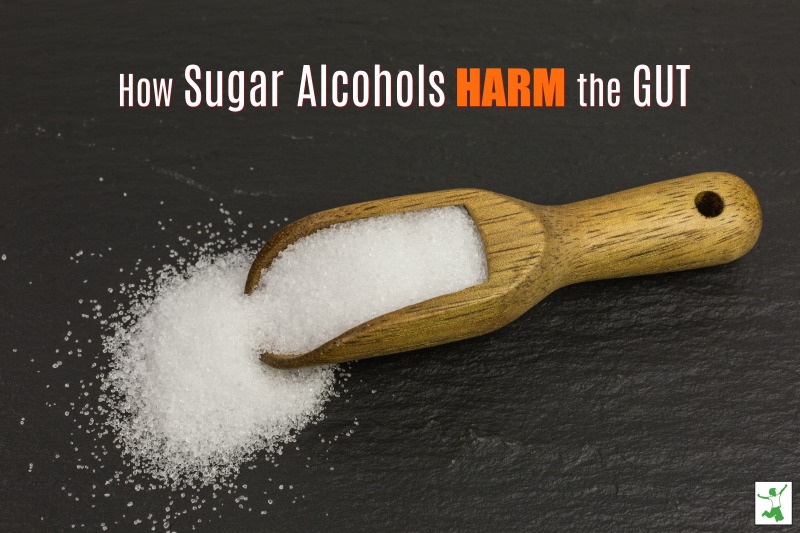 The growing diabetes epidemic has spawned a whole new industry of alternative sweeteners known as sugar alcohols. Consumers typically view them favorably because they are not artificial like aspartame. These products with low glycemic indexes are aggressively marketed to the overweight and those with insulin problems as ideal sugar substitutes.

Why? Because they are derived from natural plant-based sources. These chemicals, also known as polyols, are interestingly comprised of neither sugar nor alcohol. The most familiar of these are xylitol, erythritol, mannitol, and sorbitol.

The glycemic index (GI) is the value assigned to a specific food that indicates its effect on blood sugar. The number ranges between 0 and 100, with 100 representing the effect of pure glucose. While the glycemic index of any food can be easily reduced by consuming traditional fats at the same time, for those with blood sugar issues, this is not always enough to prevent problems with insulin.

Below is a table with the glycemic index (GI) of many common sugar alcohols and sweeteners on the market. Note that a higher GI value correlates with a higher blood sugar spike when that particular sweetener is consumed.  The sweeteners in bold are sugar alcohols.

Sugar alcohols contain fewer calories than real sugar and natural sweeteners like honey and maple syrup. They also have lower glycemic indexes. The sweetness of these chemicals ranges from half as sweet as sugar to equally as sweet.

The low-calorie count and glycemic index combined with the fact that they do not spike blood sugar in the same way as natural sweeteners make the sugar alcohols a marketing bonanza for food manufacturers. It is also highly attractive if not enticing to consumers!

How Common Sugar Alcohols are Made

Let’s examine how each of the most popular sugar alcohols are manufactured:

It is important to understand that all sugar alcohols are highly refined in order to get them into the state in which they are able to be consumed or added to foods. This is true even if the source is natural and a non-GMO source like the birch tree.

The big problem with sugar alcohols and gut health is that they are, for the most part, indigestible. This is the reason why they are so low calorie in the first place! Indigestibility is not necessarily a problem when the source is a whole food like plantains or potatoes which contain resistant starch, for example.

When the indigestible source is a manufactured, highly refined and processed food like erythritol, sorbitol, mannitol or xylitol that the body would not naturally encounter in that state or quantity simply consuming whole foods, however, it opens the door to creating or contributing to gut imbalance.

Manufactured foods such as sugar alcohols can cause problems even for healthy people of normal weight. They do this by triggering gastric distress, bloating and diarrhea. For those who suffer from any sort of gut disorder or autoimmune disease, sugar alcohols and processed foods containing them should most especially be avoided.

Disruption of the Gut Lining

Sugar alcohols have the potential to disrupt the functioning of the lining of the gut. Ironically, this is the very tissue that is already compromised for those suffering from diabetes and other autoimmune disorders.

The body’s inability to effectively break down sugar alcohols causes them to arrive for the most part intact when they reach the intestines. At that point, a process called “passive diffusion” takes place whereby the sugar alcohol that was consumed draws water into the bowels. This results in only partial breakdown. The unmetabolized portion begins to rot, creating the perfect environment for undesirable bacteria and pathogens to feed, thrive, and grow.

An imbalanced intestinal environment where pathogens and other undesirable microbes have a favorable place to exist is exactly the set of conditions that eventually compromise the gut lining, damage the critical enterocytes that line the gut wall, and promote the development of autoimmune disease symptoms.

And, while it is true that sugar alcohols do not feed pathogenic yeasts like Candida albicans like sugar does, the undesirable fermentation of undigested sugar alcohols has the potential to exacerbate yeast problems.

As discussed above, sugar alcohols like xylitol, erythritol, mannitol and sorbitol are incredibly detrimental to gut health. This is particularly true when used over extended periods of time. In recognition of this, healing protocols such as SCD, Autoimmune Paleo, and the bone broth diet do not allow them.

Kim Schuette, CN, Certified GAPS™ Practitioner and owner of the clinic Biodynamic Wellness in Solana Beach, CA points out that WebMD warns the following about xylitol in particular:

There is not enough information to confirm xylitol’s safety in pregnant and breastfeeding women, so they should not use it for medicinal purposes. Although some animal studies have shown tumor growth resulting from high doses of xylitol over long periods, more research is needed.

She also emphasizes the following for her clients regarding the dangers of sugar alcohols:

It is also important to note that while these refined, highly processed sweeteners have received GRAS (generally recognized as safe) status from the Food & Drug Administration (FDA), no rigorous, long-term studies have been performed. Our recommendation is that all refined food products are best avoided. While on the GAPS Diet, limit your sweeteners to fresh fruit, raw honey, and whole leaf stevia in very small amounts. 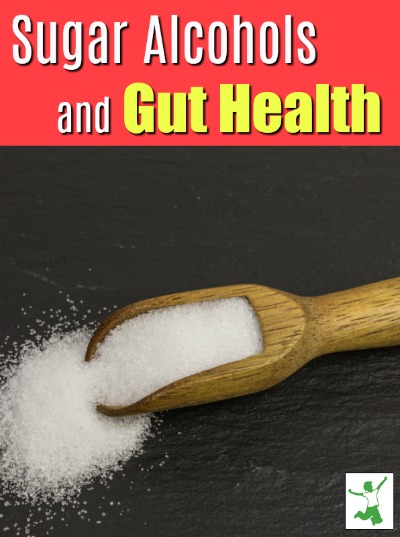 Flatulence a Common Side Effect

If you doubt that the sugar alcohols you are consuming are harmful to intestinal flora, observe how you feel a few hours or the next day after eating them.

While you might be one of the lucky ones who don’t get bloated or get diarrhea, consider that these alternative sweeteners typically cause flatulence problems at the very least. This is a sign of a negative unbalancing agent present in the gut.

Zero Scientific Data on the Safety of Sugar Alcohols

His research combing through the scientific literature for any long term safety data on xylitol turned up the following:

In essence, the xylitol found in a variety of children’s products such as chewing gum and candies is a complete wild card with regard to long term safety.

While sugar alcohols can be a health danger in and of themselves, the threat grows when they are combined with artificial sweeteners like aspartame (Nutrasweet).

This is exactly what food manufacturers frequently do!

According to Dr. Mercola, sugar alcohols like erythritol are “frequently combined with other low-calorie or artificial sweeteners such as aspartame, acesulfame-K, neotame, saccharin, or as in the case of VitaminWater, crystalline fructose“.

Crystalline fructose is just another name for corn syrup, which is nearly always of genetically modified origin and the same cheap sweetener used in soda.

Don’t fall for the lure of sugar alcohols. While it may seem like a good idea in the short term to wean yourself off sugar, the long term risks to gut health and the potential for autoimmune disease by unbalancing the gut environment and damage to the gut wall aren’t worth it.

Better to address that sweet tooth head-on and fix the source of the problem in a manner that will truly enhance health and not ultimately harms it with a band-aid approach.