Healthy Home Economist / Archives / Sweeteners / Sucralose: Not So Splenda After All

Sucralose is the most popular sugar substitute today, and the FDA categorizes it as safe for consumption. Scientific studies on this zero calorie artificial sweetener paint a very different story. 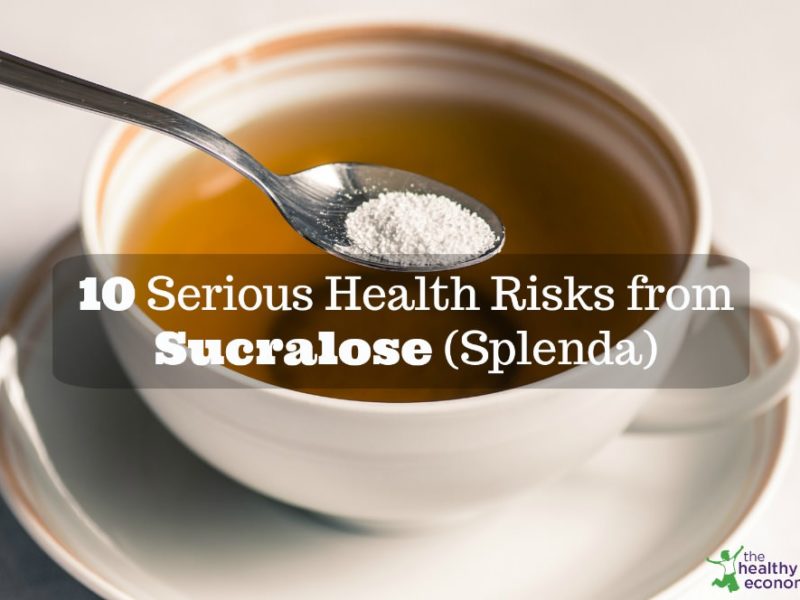 Sucralose is the most consumed artificial sweetener in the United States. Grabbed a diet soda, sports or energy drink? It very likely contains it.

How about any number of “reduced sugar” processed foods frequently touted as “healthy” snacks? Examples include muffins, bread, bars, and other convenience foods at the grocery and health food stores. They probably contain this popular sugar substitute as well.

Many people who might never choose foods containing alternative sweeteners are likely consuming sucralose without even realizing it!

The Many Names of Sucralose

If you don’t see the word “sucralose” on the label, food manufacturers have likely hidden it behind one of several brand names such as Splenda, Zerocal, Sukrana, SucraPlus, Candys, Cukren, and Nevella.

Of these, Splenda is the biggest by far. You see it in nearly every restaurant tucked away in little yellow envelopes next to the salt and pepper.

In the billion-dollar artificial sweetener industry, Splenda unseated Equal (aspartame), and now accounts for over 60% of the market.  European manufacturer Tate & Lyle also makes acesulfame potassium, which is similarly gaining ground with those avoiding calorie sweeteners to lose weight. It is especially popular in sports and soft drinks because the chemical name looks like an electrolyte.

How big is this industry? Approximately 40% of American adults consume an artificial sweetener on a daily basis. Up to 80% of Americans consume it a few times per month. (1)

What’s more, the consumption of artificial sweeteners continues to grow rapidly. In just over a decade, adult consumption increased by over 50%. Most disturbing, children increased their consumption by 200% during the same period. (2)

But do people who use these products when they have sugar cravings really know what they are getting?

Both dextrose and maltodextrin are highly refined products usually of genetically modified (GMO) origin. Dextrose is pure sugar, requires no digestion, and has a glycemic index (GI) of 100. By comparison, the GI of white sugar is only 80.

Maltodextrin is an even more heavily refined food additive. The process starts by cooking starch from potatoes, corn, wheat, or other similar crops. Glyphosate laced GMO corn is the usual choice, however.

Then, by adding acids or enzymes, manufacturers break things down further. After purification and further processing, the final product is maltodextrin.

With the same calories as table sugar and a high GI, maltodextrin is a favorite thickener, preservative, fat replacer and overall additive in the processed food industry. It is easy and cheap to produce partly because of the billions in subsidies that industrial agriculture enjoys at taxpayer expense in the United States.

Sweeter than Sugar But NOT Natural

Neither dextrose nor maltodextrin is natural, traditional, or good to consume. Both are devoid of nutritional value beyond calories, which modern people tend to get in abundance as it is.

As mentioned above, food manufacturers almost exclusively use Roundup Ready GM crops to make them too. This adds further risk for side effects from excessive chemical residues. Glyphosate is the most insidious of these.

Despite not a single positive thing to say about dextrose and maltodextrin, they are not the most concerning component of Splenda and other artificial sweeteners containing sucralose.

Sucralose is not found anywhere in nature. It is a lab-created sugar substitute and 100% artificial. Scientists refer to it as a synthetic organochlorine sweetener.

The tightly bound chlorine atoms unique to sucralose create a molecular structure that is stable under intense conditions. Unlike most artificial sweeteners, this chemical bond is heat stable even at high temperatures.

You’ve no doubt seen the internet memes that aspartame (Nutrasweet) breaks down into wood alcohol when heated which is then converted to brain-damaging formaldehyde (embalming fluid) in the human body. The book Excitoxins by neurologist Dr. Russel Blaylock examines this process in detail.

Not so with sucralose.

Even at 450 F/ 232 C degrees, it remains stable. Thus, it works as a replacement for sugar in baking and cooking. It works unbelievably well for food manufacturers who add it to their highly processed products. It also has the best flavor profile of the artificial sweeteners, with the least disagreeable aftertaste that is easy to mask and/or get used to.

Hence, chefs and cooks tend to prefer it as well.

NOT Calorie Free for Diabetics

One of the big reasons people embrace sucralose containing foods is because of slick marketing to those having trouble with their insulin levels.

This is facilitated by the US Food and Drug Administration (FDA), which allows food manufacturers to label some items that contain it as “calorie-free.”

Unfortunately, the effects of sucralose still very much affect blood sugar (aka blood glucose) as it is not calorie-free.

How does Splenda get away with the calorie-free label on its little sugar packets then?

The trick is that if a processed food contains less than 5 calories of sugar per serving size, companies can label it no calorie. Incidentally, the Food and Drug Administration allows this trick to label processed foods transfat free too.

Make a packet of sucralose small enough and it qualifies as a non-caloric sweetener. It doesn’t matter if people pop three, four, or more packets into their coffee or food. What matters is that the definition of a serving is minuscule enough to slip in under the “less than 5 calories per serving” rule.

But not only is Splenda’s sucralose not calorie-free. Research also shows that it isn’t high on the list for food safety either.

The supposed tightly bound nature of the toxic chlorine atoms is key to claims about sucralose safety. In other words, the FDA based its approval on early research that suggested that it passed through the gastrointestinal tract unchanged. However, recent research has challenged this notion.

This is a critical issue of concern because scientific research links free chlorine and chlorine byproducts to a wide range of health issues. This is why many people drink bottled water or filter tap water to remove the chlorine at a minimum.

Is sucralose safe? The FDA says that it is when used in moderation. Acceptable daily intake is defined as no more than 23 packets of Splenda.

Research conducted to date to discover the truth has produced mixed results.

Unfortunately, like with many areas of research, industry scientists or those who directly or indirectly benefit financially from relationships with particular products and companies are quick to attack and discredit research that raises concerns about sucralose safety.

Even still, human and animal studies on sucralose consumption point to numerous adverse effects. This includes the potential for undesirable body weight changes.

The peer-reviewed Journal of Toxicology and Environmental Health, Trends in Endocrinology & Metabolism, and others have published research questioning the safety of sucralose. The list below is an overview of the biological issues with corresponding scientific references.

It seems the FDA needs to review its stance that sucralose is safe for human consumption! No doubt even more research will be released in the coming months and years. Further identification and refinement of the risks including the potential to gain weight are critical. 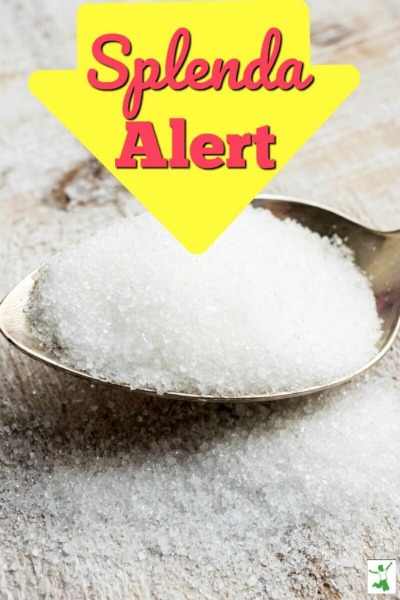 Stay away from Sucralose (if you can!)

Unfortunately, even with all of these known health effects, sucralose use is rampant across the food industry. This is especially true in products targeting weight loss, specifically low to no-calorie products like chewing gum and diet soda.

Just how widely? Over 4,000 products contained this non-nutritive sweetener as of 2010, based on industry-funded resources. (6)

If like me, you are concerned about the safety of sucralose and trying to avoid it, it bears repeating that food manufacturers hide it behind many brand names. It appears under store brands as well.

The good news is that if you are eating real food, whole foods, traditional diet, your exposure to Splenda and other low-calorie sweeteners should be pretty sparse.

Stick with raw honey, maple syrup, date sugar and other whole natural sweeteners that won’t damage your health and provide some nutrition along with the sweetness! If you need a zero-calorie/GI sweetener, stevia, and pure monk fruit sweeteners are much safer choices.