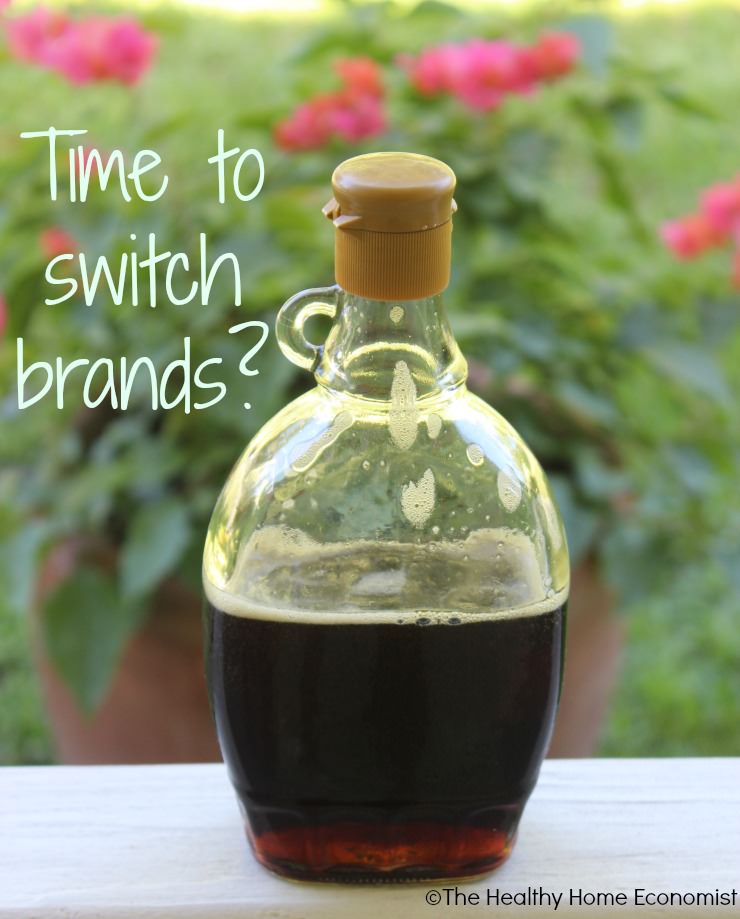 Maple syrup is without a doubt one of the best and most traditional sweeteners that is easily available today. Supermarkets, buying clubs and healthfood stores alike typically stock a wide variety of brands with consumers increasingly favoring its simple, whole sweetness over genetically modified (GMO) corn syrup or sugar derived synthetic syrups that can cause an acne breakout or a nasty canker sore nearly as fast as you can finish a stack of pancakes at the local diner.

Maple syrup has consistently played an integral part of the economies of North America. Native Americans originally taught the early European settlers how to tap maple trees and boil down the sap to make this sweetener which comes in a variety of hues, with the darker versions the richest tasting and most mineral loaded.

Since maple syrup is a completely natural product that is derived from trees that are decades old in most cases and rarely if ever sprayed, I’ve always assumed that conventional maple syrup is basically the same as organic. Why pay more for maple syrup that has the organic label which is an expensive certification for producers to procure?

I know many consumers who have made the same mistake.

This is far from the bitter truth.

The term “sugar bush” refers to a forest of sugar and/or black maples which is utilized for maple syrup production.

The equipment and processes used to extract the sap, similar to birch water in Slavic countries, has the potential to greatly affect the health not only of the tree but also the sugar bush as a whole. This is why organic producers are required to follow sustainable methods that won’t harm the overall environment in which the maple trees grow.

Specifically, the tubing used to carry sap to the sugarhouse, where the sap is boiled down, cannot damage the trees in any way. This means that nailing any sort of hardware into the tree trunk cannot be used. In addition, the typical conventional practice of using toxic paint to mark trees cannot be used.

The practice of tapping the maple trees to extract the sap can vary widely between conventional and organic producers too. Organic regulations protect tree health by forbidding the practice of overtapping which stresses the tree with too many taps or ones that are overly large in diameter.

Small taps that are .31 inches/.79 cm in diameter are required for organic maple syrup production. In contrast, state regulations may permit conventional producers to use taps with a diameter over 40% larger (.44 inches/1.11 cm). This allowance is likely to cause more damage to trees with the holes healing at a significantly slower rate.

While the trees within a sugar bush are rarely sprayed, herbicides like Roundup which contain gut destroying glyphosate and synthetic pesticides may be used to control unwanted vegetation. Glyphosate has been identified by the World Health Organization as a likely human carcinogen (1). It is widely used in conventional agriculture and is linked to development of autoimmune disorders both mild and severe. It has been shown to negatively affect the health and functioning of beneficial bacterial colonies in the gut.

There is absolutely no doubt in my mind that if glyphosate containing herbicides are used in a conventional sugar bush, that residues will be found in the maple syrup produced from that forest. For me, that is reason enough to never use conventional maple syrup again if I can possibly help it. Unless of course, the only other option is fake syrups made with GMO corn syrup or GMO sugar which would be far worse!

In addition to pesticides and herbicides, chemical fertilizers may be used to hasten tree growth. Chemical fertilizers only replenish nitrogen, potassium, and phosphorus, which over time depletes other nutrients and minerals that are found in truly fertile, nutrient rich soils.

Cleanliness of the Sugarhouse

Organic maple syrup standards require sugarhouse cleanliness to be maintained in a nontoxic manner. All equipment must be thoroughly cleaned every day during maple syrup season using only certain cleaning chemicals that are deemed nontoxic with the required rinsing process extremely thorough. Machinery and equipment covered by these standards include the reverse osmosis unit, the filter press, sap and syrup holding tanks and evaporator pans.

Conventional sugarhouse cleaning would likely involve toxic cleaners and bleach that many of us would never consider using in our own homes.

Conventional maple syrup production allows synthetic defoaming agents and emulsifiers to be used during the boiling down of the sap. This includes dangerous food additives such as monoglycerides and diglycerides both of which are synthetically derived factory fats usually of genetically modified origin. They also are nearly guaranteed to contain transfats!

Another additive used is polyethylene glycol (PEG). It is made from ethylene glycol, the main ingredient in antifreeze. Depending on manufacturing process used, PEGs may be contaminated with measurable amounts of ethylene oxide and 1,4-dioxane. The International Agency for Research on Cancer classifies ethylene oxide as a known human carcinogen and 1,4-dioxane as a possible human carcinogen. Ethylene oxide can also harm the nervous system, and evidence has shown that it may interfere with human development.

Medicinally, PEG is a common ingredient in many laxatives including the chemicals used to clean out the bowel before a colonoscopy. Industrially, PEG is used to keep commercial ice cream from getting too hard and to increase the overall shelf life and stability of foodstuffs among many other uses. Some people who tend toward constipation may wonder why they seem to go to the bathroom so much more easily after eating a big bowl of commercial ice cream. Now you know why.

On the very positive flip side, organic maple syrup producers forgo PEGs completely and use only quality fats as the emulsifiers. This would include certified organic vegetable oils or better still – organic butter.

Lead in Maple Syrup a Cause for Concern

Believe it or not, lead is a big concern with conventional maple syrup production. The lead contamination comes from the old galvanized containers that are used to collect sap and/or the galvanized tanks used to store it. Galvanized pipes in residential homes have been identified as a source of lead in drinking water (2).  The same concern extends to galvanized equipment sometimes used in conventional maple syrup production which would, according to the Cornucopia Institute, leach a “significant amount of lead into the sap” (3).

Organic maple syrup production requires the use of stainless steel or food grade plastic. If galvanized drums are used to pack the finished syrup, it must be coated with a resin that will prevent any leeching of lead. The coating is regularly inspected for flaking and if any is detected, the holding drum is discarded.

Which Maple Syrup Do You Choose to Buy?

In conclusion, unless you know a conventional maple syrup farmer personally and can be assured that the abusive agricultural practices described above are not being utilized, it is best to stick with organic maple syrup! This is the brand I typically buy at the healthfood store which frequently has $2 off coupons on the quart size bottles. If there isn’t a coupon available, I will buy this brand or a similar one because I prefer the glass bottle.

Any organic brand should do just fine though!

Note that you really don’t need to refrigerate good quality maple syrup after opening the container as long as you store it in a cool cellar. If you live in a humid, frequently hot environment like I do, however, it is best to keep it cold in the refrigerator. Mold can sometimes form inside the bottle under those conditions.

The Sweet Truth about Maple Syrup