Review of the Candida Diet also known as the Anti-Candida Diet and why it typically does not produce desired results long-term with only short-term alleviation of symptoms. 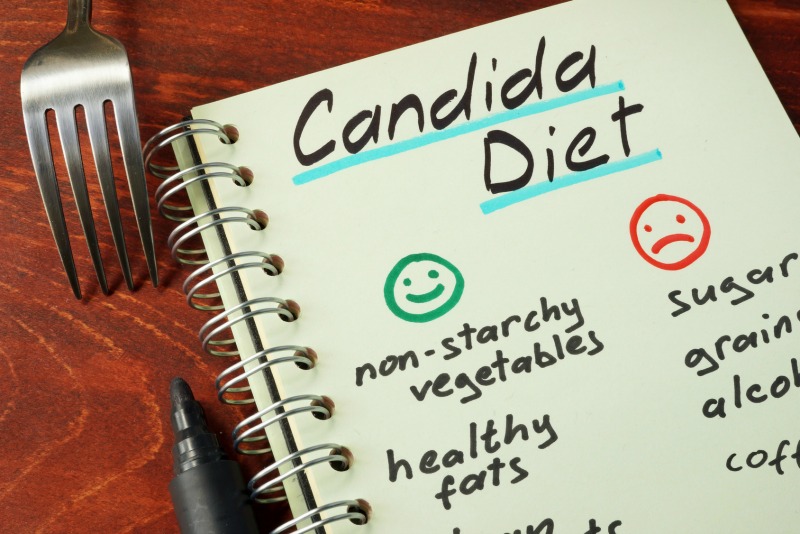 Thinking of going on the Candida Diet to heal your gut and stop sugar and carb cravings?

While this may seem like a logical idea at first, be warned that it likely won’t heal you over the long term. The article below explains why as well as my personal experience with it.

What is Candida Anyway?

Candida is a term that refers to a large family of yeasts, or one-celled fungi. Under normal circumstances, these organisms harmlessly inhabit the tissues of humans. This is because a balanced intestinal tract from mouth to colon contains a preponderance of beneficial bacteria that keep Candida in check.

When not enough beneficial bacteria are present in given body tissue to keep pathogenic yeasts under control, it transforms from a harmless state into an invasive species. In this rapidly growing state, Candida puts out long stringy hyphae or “roots”. They have the ability to embed and penetrate through the gut wall and eventually cause leaky gut.

Candida overgrowth can occur in many tissues of the body. Well-known examples are oral candidiasis known as thrush, the scalp as dandruff, and vaginal yeast infections.

Candida is an opportunistic pathogen that can rapidly take over when a person is under a course of antibiotics. Antibiotics decimate beneficial gut flora but have little effect on Candida. This gives this normally harmless yeast the chance to take over dominance of the gut environment very quickly.

Many women don’t realize it, but oral contraceptives imbalance the gut in the same way as antibiotics. Again, this gives pathogenic strains of yeast an open door to take control.

A diet of processed foods high in sugars and simple carbohydrates also encourages Candida overgrowth as yeasts thrive on sugars.

Babies born via C-Section or to mothers who were treated with IV antibiotics during labor are especially vulnerable to the ravages of Candida overgrowth. The reason is that they are not exposed to Mom’s healthy flora from their travels down the birth canal prior to the moment of birth.

Symptoms of Candida overgrowth are many the most common being fogginess in the morning upon waking (brain fog), digestive complaints of all kinds and a myriad of skin issues.

My husband and I tried the Candida Diet to resolve gut imbalance that had been exacerbated by our stressful and overworked lifestyle at the time.

Because the Candida Diet goes only part of the way in attempting to resolve gut imbalance by removing all food sources for Candida. It also did not include foods and supplements that help repair the damage to the gut caused by the overgrowth of pathogenic yeast.

For example, the Candida Diet removes sugar from the diet in all forms – even maple syrup and honey.  Fresh fruit, however, is allowed.

Candida overgrowth can frequently trigger an allergy to molds and other types of fungi. Hence, beneficial fermented foods including cheese are also eliminated along with any bread and other foods containing yeast.

Other foods excluded from the Candida Diet include vinegar, mushrooms, tea, coffee, dried fruit and any form of fruit juices.

Temporary Improvement But No Healing

The typical scenario for a person who goes on the Candida Diet goes something like this:

3 Reasons Why the Candida Diet Fails

The paradox of the Candida Diet is that symptoms greatly diminish. However, the patient doesn’t actually heal from the root cause of the problem which is a breach in the integrity of the gut lining.

Long-term healing is prevented on the Anti-Candida Diet for the following key reasons:

The Candida Diet allows starchy vegetables and tubers like sweet potato, cassava, yams, and arrowroot. Note that some anti-candida diet practitioners recommend caution with these foods, but others do not.

The Candida Diet doesn’t include traditional bone broth. This is an incredibly necessary food for proper healing of gut issues causing Candida in the first place.

Healing is quite simply NOT going to occur without it. Any candida diet benefits will be temporary as a result.

More important than the allowance of starch in the Candida Diet, however, is the inclusion of grain-based foods. Some adherents of the Candida Diet include gluten-free grains.

Others recommend none at all (in an apparent scramble to mimic diets that actually work to fix the gut like GAPS and to a lesser extent the bone broth diet).

The bottom line is that there is no uniformity to what is recommended, hence, the protocol’s unreliability for working long-term.

Even if the Candida Diet is used in conjunction with a gluten-free, casein-free diet, it fails in the majority of instances.

The reason is that disaccharides, or double sugars, are present in many carbohydrates including ALL grains – not just gluten-containing ones. An inflamed, imbalanced gut overridden with Candida is unable to digest double sugar molecules completely. This occurs because the lack of beneficial gut flora has compromised the function of the enterocytes.

According to Dr. Natasha Campbell-McBride MD, author of Gut and Psychology Syndrome and one of the key scientists at the forefront of gut restoration research today, the enterocytes are the cells that reside on the villi of the gut wall and produce the enzyme disaccharidase.

This enzyme breaks down the disaccharide molecule into easily absorbed monosaccharide molecules. When the enterocytes are not nourished and strengthened properly by adequate beneficial flora, they become weak and diseased and may even turn cancerous. They do not perform their duties of digesting and absorbing food properly.

Weak and diseased enterocytes also have trouble digesting starch molecules. They are very large with hundreds of mono sugars connected in long branchlike strands. People with weak digestion due to Candida overgrowth and messed up enterocytes have a terrible time digesting these complex molecules. The result is a large amount of undigested starch in the gut. The putrefying matter is the perfect food for pathogenic yeasts, bacteria, and fungi like Candida to thrive upon.

Even the starch that manages to get digested results in molecules of maltose, which is — you guessed it — a disaccharide! This maltose also goes undigested due to a lack of the enzyme disaccharidase and becomes additional food for Candida.

Therefore, when one follows the Candida Diet and yet still consumes some grains and starches, food molecules that are not fully digested continue to putrefy and inflame. This provides food for Candida thereby preventing healing even if some improvement is noted from the removal of all sugars.

We’ve established that the Candida Diet fails miserably in resolving gut imbalance problems for many of the folks who try it.

However, it does include and recommend one fantastic herb that is very helpful for keeping Candida under control:  Pau d’Arco tea.

What is the Best Diet for Candida?

In conclusion, it is best not to waste your time with the Candida Diet. It doesn’t work in the majority of cases and you will ultimately feel frustrated in your efforts to heal over the long term.

The best diets for healing and sealing the gut wall and permanently rebalancing the gut environment are the GAPS Diet, Autoimmune Paleo (AIP) or the very similar SCD (Specific Carbohydrate) Diet. And the one tip from the Candida Diet to include while you’re on GAPS, AIP or SCD diets? Pau d’Arco tea!

To read more about GAPS, check out this introductory post on healing autoimmune disease effectively. Also, the post The Five Most Common GAPS Diet Mistakes is a review of the most common pitfalls of this approach to gut healing. 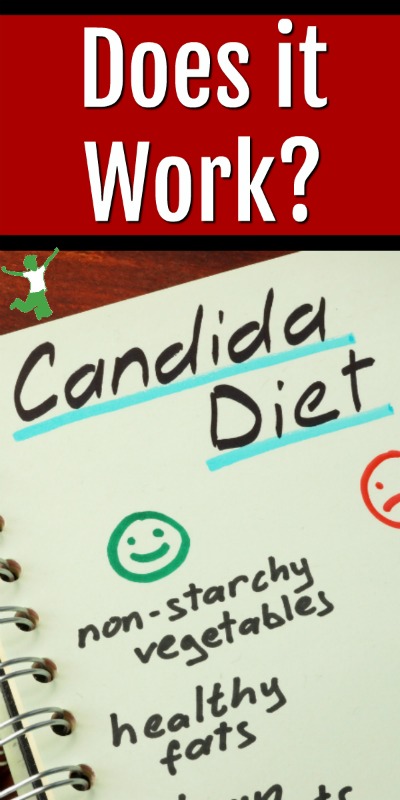