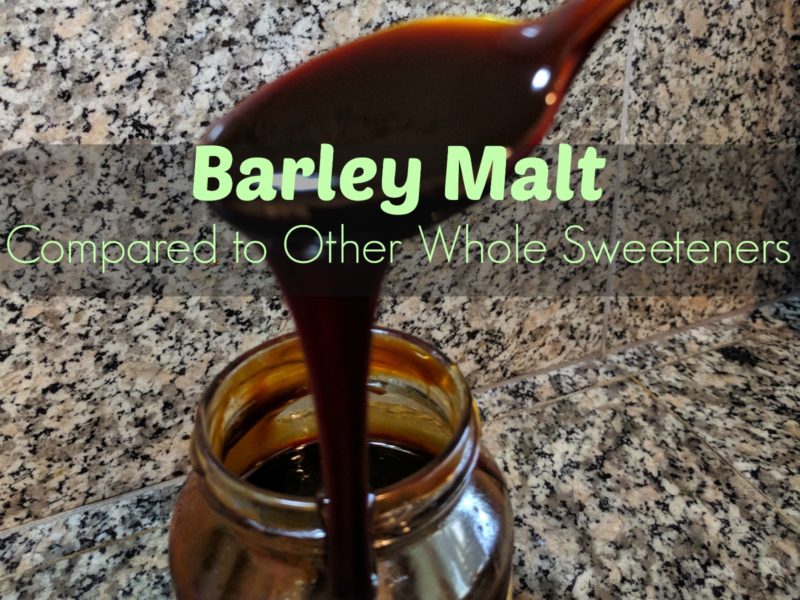 Educated consumers are starting to tire of the never-ending parade of alternative sweeteners hitting the market, most of which prove toxic or unhealthy upon close inspection. With that, a gradual awakening to the traditional sweeteners used by ancestral cultures is occurring. One with a considerable amount of current interest is malted barley.

It’s yummy smell and delectable thickness as shown in the picture above are quite attractive to consumers!

What is Malted Barley?

Barley is a type of grain and one that is an easily stored form of nutrition. Locked away behind numerous physical and chemical defenses such as phytic acid and lectins, nutrients, enzymes and other substances stay safe within the barley seed until conditions signal it is time to grow.

When the sprouting process is activated via moisture and warmth, the result is “malted” grain. Once germinated, hot air is used to quickly dry the sprouted seeds, which contain a simpler form of starch than unsprouted grain.

Malt manufacturers known as “maltsters” carefully control the entire process. This includes the humidity, temperature, and length of each stage. Depending on variations in the process, somewhat different malted grains result. The fluctuations determine the amount of sugar, starch, and enzymes present.

At this point, a basic malted grain is ready for the next round of manufacturing. Sometimes, this involves the production of beer or other alcoholic beverages. (1)

When the malted grains are used to manufacture a sweetener, the process for making barley syrup is similar to rice syrup as examined in depth in the linked article.

One thing to note, malted barley can refer to a lot of different things. For instance, the term refers to the sprouted whole grain as well as malt extract, barley malt syrup, and other products derived from the germinated grains.

The good news is that modern barley malt is fairly similar to the traditional form. The process of soaking, germination, and drying is almost identical. Modern processing from that point forward allows greater precision and control. By comparison, the traditional method required great care to achieve consistent results.

While manufacturers utilize barley malt extensively for brewing alcoholic beverages, this article examines its use as a sweetener such as malted barley sugar. It is available as a syrup and a powder. Both come from extracting the sugar component from malted barley. (2)

A sugar by any other name is still just sugar?

What type of sweetener is malted barley compared with others like cane sugar, maple syrup, and honey?

Examination of the nutritional components reveals that malt is mostly carbohydrates, with the disaccharide maltose being the primary form. Hence, barley malt is not suitable for healing diets like GAPS.

Maltose, also known as malt sugar, is a disaccharide sugar composed of two glucose units, and it is only about 30 to 50 % as sweet as sucrose (table sugar). In addition to maltose, barley malt syrup also typically contains a good amount of glucose and sucrose, as well as a small amount of fructose. It is not a good source of minerals and vitamins in general, although it does contain a decent amount of potassium. Barley malt syrup also contains a small amount of proteins, including gluten, which is why it is not suitable for those following a strict gluten-free diet. (3)

Malted barley is less sweet than table sugar and significantly less sweet than honey. The glycemic index is corresponding lower at 40 compared with 80 for white sugar. (4)

This poses both a problem as well as an opportunity. For those wanting to create something truly sweet-tasting, malted barley may result in using far more sugar to achieve the same level of sweetness. At the same time, for someone trying to get a sweet tooth under control, malted barley substitute in certain situations to still achieve a sweet taste but at a much lower intensity.

Impact of Barley Malt on the Brain Compared with Other Sugars

One reason malted barley is popular with people is because of its impact on the brain. According to Science Daily,

Some foods make us happy. Well, maybe not happy but they make us feel good. That is why we cannot stop eating when we have had enough. Scientists call this hedonic hunger — the drive to eat for pleasure rather than to satisfy an actual biological need. This feel-good effect is caused by the neurotransmitter dopamine — tempting foods stimulate the reward centre in the brain where the dopamine D2 receptor is located. Researchers of the Chair of Food Chemistry at FAU investigated whether there are special substances in foods that activate the dopamine D2 receptor in the same way as dopamine… Hordenine which is found in malted barley and beer seems to do the job quite well. (5)

In a nutshell, malted barley stimulates our neurological pleasure centers due to its high carb and sugar content. In addition, it literally brings even more powerful chemicals to the table like hordenine which powerfully stimulates feel-good transmitters in the brain.

This isn’t necessarily a bad thing. However, in an age of addictive processed foods, it reminds us of the need for caution and self-control. These reward centers can short circuit our satiety systems and other biological mechanisms that control how much we eat and drink.

Other than making us happy, how else does malted barley possibly impact our health?

Malted Barley in the Research

A number of studies show possible health benefits as well as drawbacks to consuming malted barley. These are either standalone or when compared to other possible sweetener options.

For example, among all types of sugar tested, one study found that only blackstrap molasses surpassed malted barley in antioxidant activity. Date sugar syrup scored very close to malted barley. (6)  Interestingly, all three of these traditional sweeteners are very dark with a thick consistency.

Other studies point to possible benefits in terms of cavity protection, cholesterol reduction, and increased circulation. (7)  Some of these studies used malt extract or other isolated forms of malted barley. The results do not necessarily mean the whole form would have the same benefits. Also, people often cannot consume a whole food in large enough amounts to compare to the concentrated extract of that same food without unwanted side effects.

At the same time, it is important to remember that sugar derived from malted barley is still just sugar. It has a relatively high glycemic index of 40, the same as sucanat. So while it may be a better alternative to white sugar (GI = 80) or high fructose corn syrup (GI = 87), it is ultimately sugar. Thus, it is not suitable for diabetics or those with other related blood sugar issues.

Barley is a gluten-containing grain, so malted barley also contains gluten. For those who are gluten-free, grain-free or on protocols such as the Candida diet, GAPS, Autoimmune Paleo, or the bone broth diet among others, barley is off-limits. Note that many Paleos make exceptions when it comes to traditional beers and other alcoholic beverages made with barley and other grains.

Many online articles about malted barley take studies of one form (e.g., barley consumed as a grain), and apply the same benefits or drawbacks to a PROCESSED form. Sometimes this occurs because the studies are not always clear about exactly what the researchers are testing. Was it whole form, extract, processed, etc.?

At other times, confusion arises because a study is hard to read. Flawed interpretation also occurs because the doses and amounts used don’t match real-life consumption patterns. Is the jump from the whole food to another form justifiable and comparable? Often, it is not.

So when reading articles about malt extract, barley malt or any subject, make sure the author is making an honest effort to shoot straight with the research. The benefits of whole barley, properly prepared, are not necessarily the same as the benefits of processed forms.

Where to Source the BEST Barley Malt Syrup

When purchasing barley malt, Eden brand’s traditional malt syrup is an excellent choice. The product is organic and comes from a company known for its transparency, integrity, and quality. The consistency and thickness of this particular brand is shown in the picture above.

Note that some brands of barley syrup add (GMO) high fructose corn syrup or other additives or inferior substances. This stealth move compensates for the lack of sweetness of the malt. This makes for an inferior and possibly toxic product. Buyer beware! 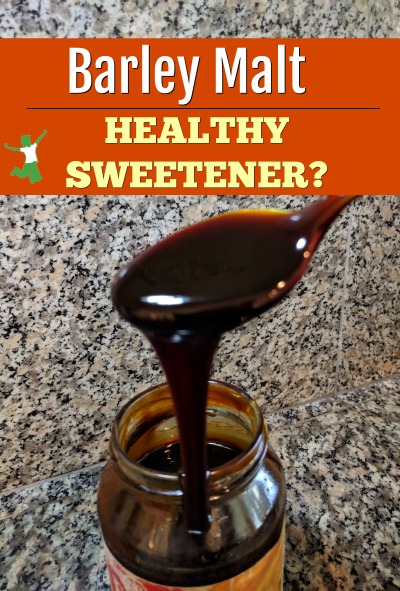 If the wide world of sweeteners has you confused, here are more articles that closely examine some of the popular options.