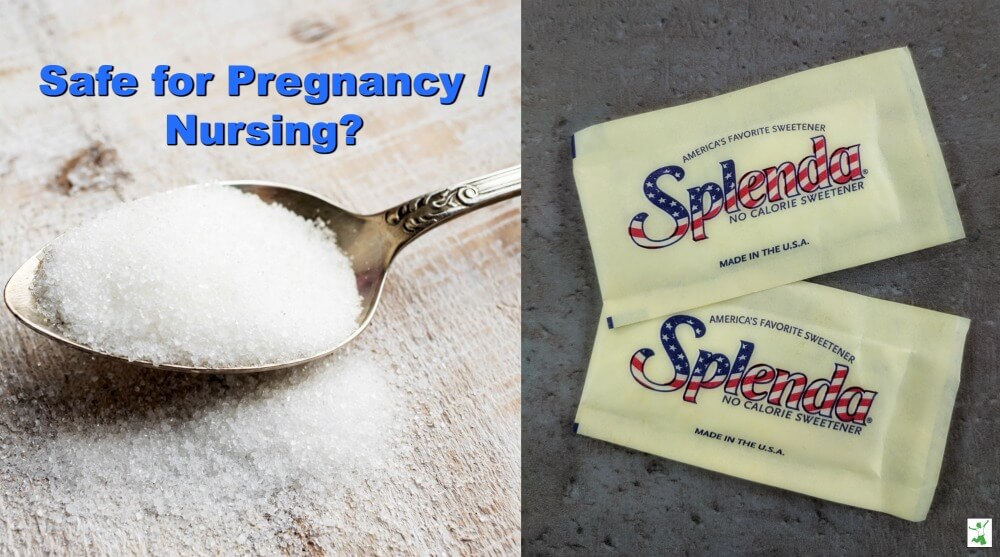 The FDA approved the sweetener sucralose under the brand name Splenda as a general purpose food additive in 1999. The initial peer-reviewed research was nothing short of glowing. The science suggested that the digestive tract absorbed little to none of it with rapid, safe, side effect free excretion. (1)

Many physicians jumped on the bandwagon quickly, recommending it to their patients as a way to avoid the dangers of sugar.

My own alternative physician considered very leading edge at the time, told me I could safely include it in moderation as part of my whole food pregnancy diet. At first, this seemed like good news to me. Many of my health-conscious friends were already gobbling up snack bars containing sucralose and reporting them to be delicious.

That little voice inside my head said differently, however!

After much contemplation, I decided that sucralose was simply too new for the “science” to be truly settled no matter what the headlines may say.

I actively avoided sucralose while nursing my first child at that time. I continued to steer clear during subsequent pregnancies and while breastfeeding too.

In fact, I’ve never approved of any foods that contain it for myself or my growing children. Something about it just didn’t sit well with me, so I decided to be safe rather than sorry.

Is Sucralose Safe During Pregnancy / Breastfeeding

The latest research published in June 2019 in the peer-reviewed journal Frontiers in Microbiology suggests that the effects of sucralose during pregnancy and nursing may not be safe.

Another sweetener produced by the same European manufacturer (Tate & Lyle) known as acesulfame potassium or Ace-K is in the hot seat too.

Hard to believe, but the consequences of early life exposure of these two substances remained basically unknown until now.

You read that right.

Two entrenched food additives, both widely used in processed foods for nearly two decades in the United States and/or EU with almost zero knowledge of the gestational effects.

Keep that little factoid in the back of your mind for future reference when the next alternative sweetener hits the market.

Adult exposure to Ace-K and Splenda is primarily from diet beverages and sweetener packets as in the picture above. During pregnancy, these additives cross the placenta. During nursing, they pass to the baby via breastmilk.

Even with low exposure, the scientists noted negative changes to the baby mice. (2)

First, the researchers observed a drastic slowdown in metabolism. In addition, profiling of the microbiome revealed a significant increase in a group of anaerobic bacteria known as firmicutes.

Similar microbiome alterations in adults are linked to metabolic disease and obesity. (3)

Because this research occurred in mice, these findings represent less than perfect information regarding the gestational effects in humans.

The trouble is, gold standard, placebo-controlled testing on pregnant women is considered taboo in many areas of the world. China is a notable exception to the avoidance of this practice in the West.

Hence, animal studies may be all you get to make a decision for yourself and your family a very long time…if ever.

I personally, don’t need a study to tell me what was, quite frankly, already obvious in 1999.

While imperfect, this research nonetheless strongly suggests that consumption of any non-nutritive sweetener during pregnancy and lactation, sucralose and Ace-K in particular, could have adverse effects on baby’s metabolism and gut microbiome.

One of the most precious gifts you can give your children at birth and during nursing is a diverse population of beneficial gut flora! This priceless microbial present has the potential to protect their health for their entire lives.

If you wait for the FDA to withdraw these non-nutritive sweeteners from the market or put a pregnancy/nursing warning on the label of any food that contains them, it will probably already be too late for you and your children.