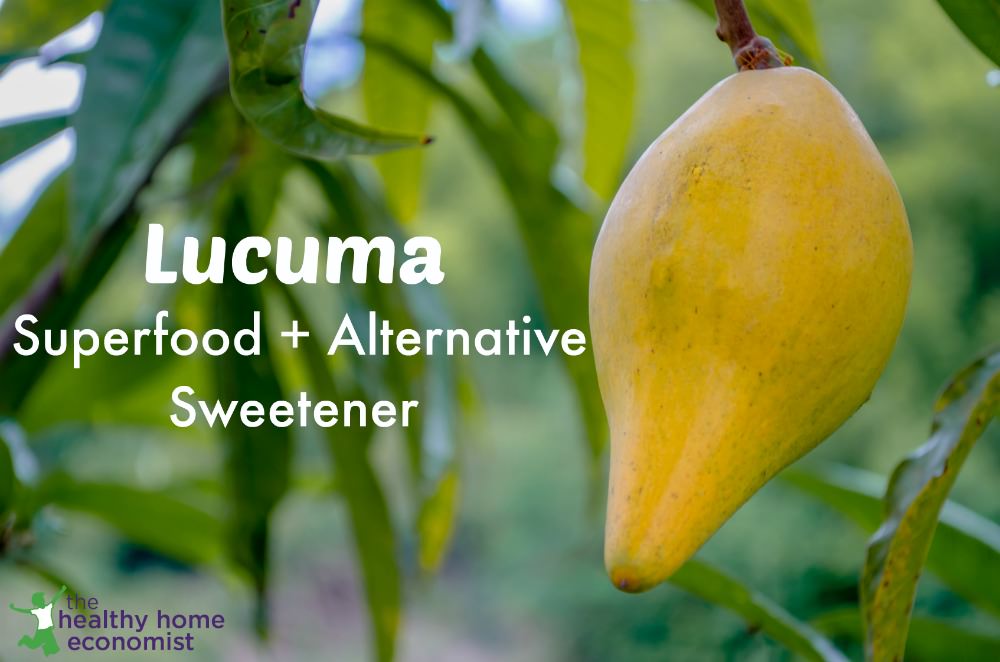 The world offers so many amazing foods! The closer we get to the subtropics and tropics, the more these foods turn into fruits. While bananas, mangoes, and papaya are some of the most common in America, an increasing number of exotic fruits are becoming more available on US grocery shelves – fresh, frozen, and even freeze dried into powder. Lucuma is one of the most recent additions that has gained attention as a superfood and a nutritious sweetener!

The lucuma fruit comes to us from the coastal mountain valleys of South America. In Peru, the word lucuma means “sun” because of the sun colored flesh of the large, ripened fruit.

Lucuma trees, Pouteria lucuma, prefer higher elevations. You typically find them a half mile (1000 meters) to a mile and a half or higher up in the valleys and slopes of the surrounding mountains.

The lucuma tree is quite hardy, able to endure freezing temperatures and dry soils and growing conditions. This hardiness doesn’t result in a lack of productivity or size however.

Some say that fully mature trees will often bear up to five hundred fruits per season weighing around two pounds each!

The trees will reach twenty five to fifty feet in height, which is about two-thirds the height of an oak tree. (1)

Lucuma as a food has a long history of consumption and appreciation within native cultures in the area. While It is often now called by outsiders the “Gold of the Incas,” we will see later on that this name points to a brewing problem not just with lucuma, but many traditional foods that gain attention from modern people.

If you came across a lucuma, it may remind you of a large avocado in terms of look and texture from the outside. See the the picture above to get some idea.

The firm outer shell hides a soft and delicious flesh inside. Similar to pastured eggs, when ripe, this flesh is sun-like in color.

While it may visually remind you of an avocado, the taste is similar to maple syrup and sweet potato. Others describe its flavor like caramel or a rich custard. This sweetness doesn’t translate into high levels of sugar, however. The fruit is actually quite low on the glycemic index – coming in at at just 25. Thus, it is considered a diabetic friendly fruit option. (2)

Like many foods grown in the Andes region, lands well known for their rich mineral content, the lucuma doesn’t disappoint. The lucuma is high in potassium, calcium, magnesium, and phosphorous.

The fruit’s flesh is a starchy food, over 80% carbohydrate, with just a small amount of protein and fat. It also contains a wide array of trace minerals in small amounts.

The inedible nut is high in beneficial fatty acids, however. These are being studied for medical use by leading researchers. More on this below.

In terms of vitamins, you may have guessed that lucuma is a good source of carotenes (precursors to vitamin A) due to the vibrant, sunny color. It also contains various B vitamins, including B3 (niacin) and many other phytonutrients.

A number of interesting studies have examined the benefits of different parts of the lucuma fruit.

The report of the study concluded that lucuma nut oil may have anti-inflammatory, anti-aging and skin-repair effects on human skin. The results of this study drove Rutger’s University to apply for a patent on lucuma extracts, particularly the oil. (3)

Other studies on consumption of the fruit itself point to benefits for normalization of blood pressure and insulin levels. The Journal of Medicinal Food published that lucuma displayed potent angiotensin-converting enzyme (ACE) inhibitory activities (relaxation of blood vessels) in a test tube environment (in vitro).  This could translate into possibly decreasing the effects associated with hypertension.

Lucuma didn’t get its name merely because of its color. For generations, the Incan people prized this food for improving fertility. Once the New World explorers came across it, other uses became common.

According to texts from the 1800s, Europeans used the latex from the immature fruit to treat skin problems such as warts and wounds. Extracts of the hard inner seed treated stomach, bladder and other urinary tract issues. (5)

Unfortunately, these benefits are now at the center of an international patent battle similar to what is happening between New Zealand and Australia concerning manuka honey.

Rutgers is seeking to gain control over lucuma oil and its use in pharmaceuticals, cosmetics, and any other applications to the skin (6, pages 56+).

As you might imagine, Peru and other South American countries are not too thrilled about a US university, supported by a large investment corporation, trying to take over and control the rights to their superfood and its traditional uses!

How to Consume Lucuma

As you can see, lucuma as both food and medicine has a rich history.

Like avocados, it makes a great stand alone snack if you can get your hands on it fresh.

The people who have depended on this food for generations have many additional dishes and uses. One of the favorites in Peru is an ice cream dish, made from the fresh fruit in season or from the dried pulp and powder year round. 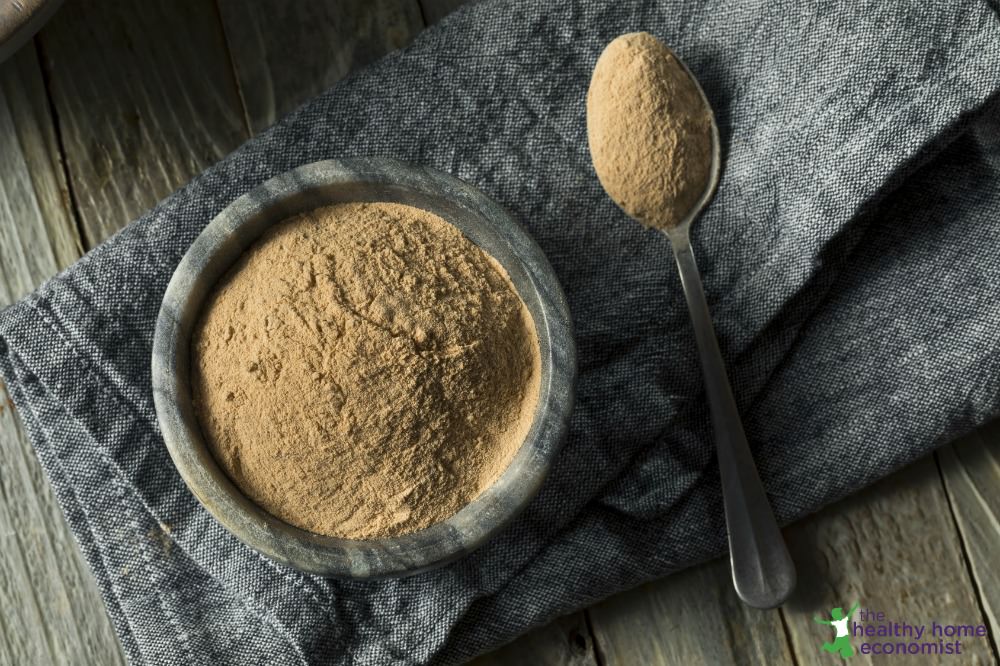 Lucuma Powder as a Natural Sweetener

Most likely, you won’t yet find fresh lucuma in US stores. The fruit ripens very quickly and is too delicate for long distance shipping.

Some growers in California and Hawaii are attempting to grow it for domestic use, but so far if you want to try lucuma, the options are limited.

You can get lucuma powder online and in some healthfood stores. I recommend this brand.

It is best to source it organically if at all possible as Roundup and other glyphosate containing herbicides are used extensively in South America too!

Lucuma makes a great addition to smoothies and similar dishes and drinks.

Another common use of the powder is as a sugar or similar sweetener substitute in tea, coffee, yerba mate and other beverages.

Like monk fruit, lucuma powder is a nutritious sweetening alternative for diabetics. It is much preferred to artificial options like acesulfame potassium and sucralose!

It is also a better option to gut disrupting sugar alcohols such as Swerve or xylitol.

How Much Lucuma Powder to Use

A serving of lucuma powder is two teaspoons. This amount contains 20 calories, no protein, no fat, and 4 grams of carbs (plus 2 g as fiber).

Generally speaking, you only need about a teaspoon to add to a cup of tea or coffee to sweeten it.

Use the full 2 teaspoons for smoothie recipes.

A few places may occasionally carry frozen lucuma, similar to other chunked up frozen fruits or as a pulp. If you are in the southern US or perhaps California, you may find it in Latin-American or similar ethnic grocery stores. It is really fun to take a look around these types of stores anyway on a periodic basis to see what amazing superfoods you can find seasonally!

What if you really want to try it fresh? Take a trip to Peru or a similar South American country from summer to early Fall, which for the Southern Hemisphere is around January to May.