The Healthiest and Best Bone Broth (recipe plus video!) 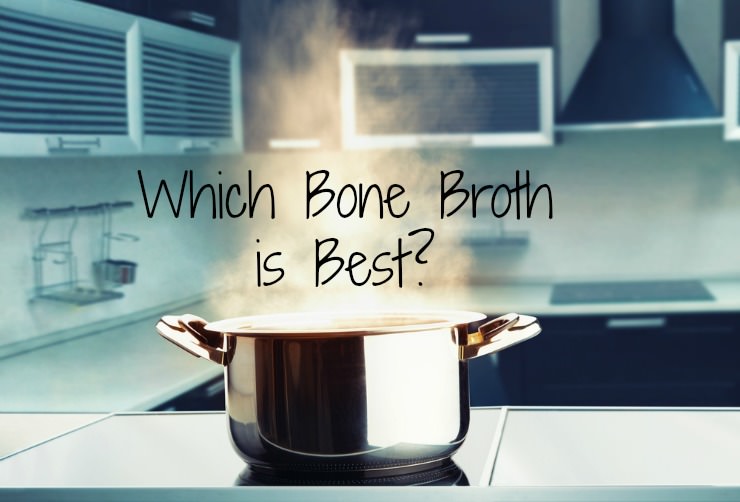 Have you ever wondered if all bone broth is the same or if one, in particular, is the healthiest and best bone broth of all? If so, this article should help clarify this for you!

Most people would agree with the old adage that chicken soup is good for the soul as well as for colds and flu. It’s also a great remedy for digestive problems, arthritis, pain, and recovery from all sorts of illness. (1)

When it comes to how to truly prepare healthy soup from scratch, however, the majority of folks would not have a clue where to begin.

Let’s be very clear about the dangers of store-bought tetrapak broth, canned soup or stock, and bouillon cubes. They are never healthy options even when organic. Most do not realize as these processed foods are loaded with neurotoxic MSG and artificial flavors with little to no redeeming nutritional benefit. Watch out for the packaging too, which presents its own laundry list of endocrine-disrupting toxins.

The rise of agribusiness is responsible for this decline in food quality. Since the 1950s, the trend has caused the consumer to gradually lose contact with a local butcher who would sell them a variety of bony leftovers. Our thrifty grandparents and great-grandparents used them to make nutritious stocks and soups. They are typically tossed in the trash today!

Almost all culinary traditions from around the world include meat or fish stocks. Shockingly, most American kitchens are missing a basic stockpot, considered essential equipment just two generations ago!

Dr. Francis Pottenger MD promoted the stockpot as the most important piece of equipment in the kitchen. He advocated liberal use of homemade stock because it attracts digestive juices to itself in a manner similar to raw foods. Foods that attract digestive juices are much more easily digested and assimilated by the body.

Homemade stock also contains natural gelatin which not only aids digestion but assists with the healing of many chronic intestinal disorders such as colitis, Crohn’s disease, Colitis, Irritable Bowel Syndrome, and others.

During time of frugality, homemade stock helps keep the food budget in check by allowing health to be maintained with only small amounts of meat in the diet. This is due to large amounts of two amino acids in the broth which act together as a protein sparer, allowing more efficient utilization of the complete meat proteins that are eaten once or twice a week.

Homemade stock used frequently in the diet offers protection from gastrointestinal illness, as the natural gelatin acts a neutralizer of intestinal poisons helping to relieve diarrhea and even dysentery.

Ok, enough already!  So you’re already sold on the benefits of bone broth.

Which Bone Broth is the Healthiest?

In our modern era, time in the kitchen is limited at best.

Which stock or broth should you focus your time on given the many options available:  chicken, turkey, goose, duck, venison, beef, pork, fish, shrimp etc?

While I would argue that it is a good idea to rotate your bone broth and make them all if possible as each contains a slightly different profile of nutritional benefits, for those with thyroid problems, the winner is fish stock as it is the best bone broth of all!

Broth and soup made with fishheads are rich in iodine, thyroid-strengthening substances, and fat-soluble vitamins.

Although a fish does not have an actual thyroid gland, but rather diffuse thyroid follicles with many located in the head (notably around the eye area and the pharynx), the good news is that these follicles are very similar to mammalian thyroid tissue.

Bone broth made from fish should be made with a non-oily species like snapper or rock fish. Classical cooking texts do not recommend making fish stock with oily fish like salmon. This is possibly because the smell can be overwhelming. In addition, the plentiful amounts of unsaturated fish oils become rancid during the hours-long simmering process.

If you live anywhere near the coast, you should be able to find a good fish merchant who will save the fish carcasses and heads for you if you ask. They should even be free as they are normally thrown away, but even if there’s a charge it should be minimal.

I personally feel that fish stock is one of the top five basic cooking skills to teach your children before they leave home. It’s so easy to make. In fact, it’s the fastest of all bone broths. What’s more, fish heads are cheap and easy to find in most major metropolitan areas.

I recently taught my teenage son how to make a super-fast bone broth from fish heads.  He couldn’t believe how easy it was.  Make it once and you won’t forget!

It’s also great for a young adult on a limited budget with limited space. Because you can make a pot in just a few hours, you can make it as needed rather than making huge batches and freezing large quantities. Just a dollar or two can make a gallon of stock in a hurry.

This compares with a pot of chicken stock which takes 24 hours to make with quality pastured chicken very expensive and sometimes hard to find.  Beef bone broth takes even longer with quality grassfed bones also a typically expensive purchase.

The argument “I can’t afford Real Food” does not apply here!

I encourage you to try making this recipe below for the most affordable, healthiest, most nutritious bone broth possible. If the thought of making fish stock is just too overwhelming, there are other ideas for making other types of bone broth that follow later in this article. 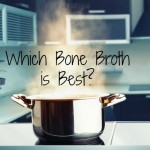 A simple recipe for making the healthiest and best bone broth for your family.

Other Bone Broths That Are Healthy Too!

Turkey broth is a must after Thanksgiving dinner. You will get a couple gallons of some of the best-tasting bone broth you’ve ever tried with no extra cost out of pocket.

Duck broth is possibly the richest tasting bone broth. Duck is not so easy to source, but if you find a quality provider, it is worth the effort to make.

Rabbit broth is not very popular in the United States, but quite common in Europe where rabbit is more accepted as a meat source. It tastes very similar to chicken stock, but is much more affordable especially if you source pastured rabbit.

Pork broth is like rabbit broth in that it is typically very affordable to make compared with grassfed beef broth or pastured chicken broth. The issues with eating pork are not a problem when making broth from pastured pig bones or even conventional ones. It is the meat from pigs that should be prepared traditionally to avoid issues with microcirculation from eating pork that has not been either marinated, smoked, cured, or slow cooked.

Beef and chicken broth is the typical stock that most people make. It is very affordable given that many butchers will give you beef bones for free. Chicken stock is also very affordable. Just make sure you buy whole chickens and not boneless pieces like most people do.

Shrimp stock is a quick stock to make that requires only the shells from peeled shrimp that you sourced for a meal. The color is pinkish and delightfully mild. It makes a fantastic base for seafood gumbo or clam chowder.

Bonito broth is another option for stock, although it does not offer all the health benefits of bone broth. Taking only a few minutes to make using dehydrated tuna packets from an Asian food store, it is a good place to start if you don’t have the time to make bone broth, but wish to ditch commercial broth right away.

Another neat way to enjoy the health benefits of broth is to make it using bones that have been smoked. Barbecue bone broth has a slightly smoky flavor that is tantalizing and gives old standby soup recipes new life. You can use a mix of bones from different animals to make it too! For example, beef, chicken and pork bones work very well together.

Can You Buy Healthy Bone Broth?

There are now companies that are making authentic bone broth for sale. While the broth itself is fine, most are packed in plastic or aseptic tetra packs. This is problematic from my perspective as this type of packaging has the potential to leech toxins into the bone broth. This is especially true with aseptic tetra packs where the broth is boiling hot when it is poured into the plastic-lined cartons. All plastic leeches when exposed to high heat, even so-called “non-leeching” plastics.

I only buy two types of bone broth from the store. The first is packed in glass that is shelf-stable for many months. This brand of broth is a good option for traveling or college dorm rooms.

Another safe option is frozen broths (such as this vetted brand) where the liquid is cooled to room temperature before packaging in the plastic bags.

How to Soak Corn for Baking and Cooking

How to Make a Soda Starter “Ginger Bug” (+ Video)