How to Make Rabbit Bone Broth 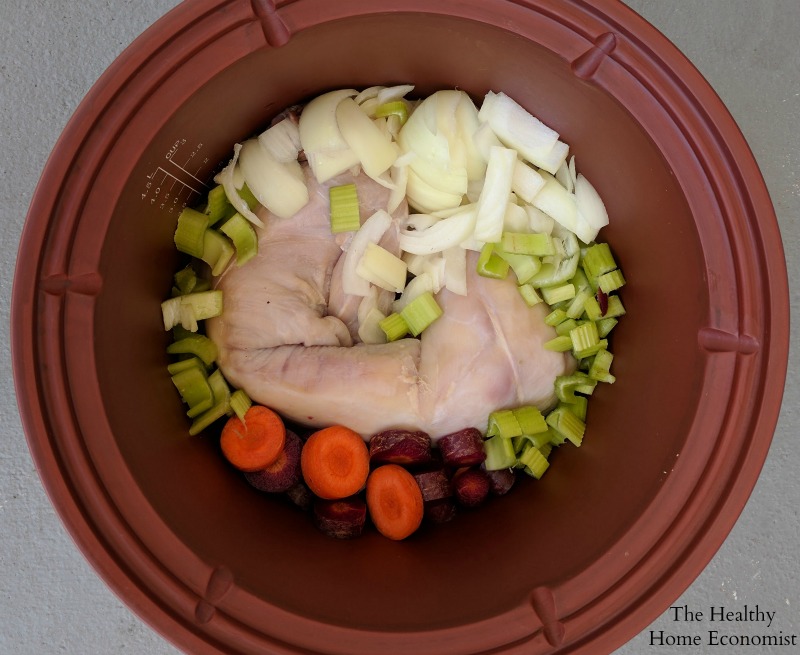 Rabbit is not a very popular meat in the United States. In Europe, however, it is commonplace with numerous traditional recipes in German, French and Italian cuisine. Where there are rabbit recipes, there is also rabbit bone broth as our forebears frugally used the whole animal for food. This was in keeping with the 1546 proverb, “Willful waste makes woeful want” and a similar saying first recorded in 1772, “Waste not want not“.

The popularity of rabbit as an environmentally friendly meat source is causing a significant change, however. Rabbit, which is all white meat, is starting to gain some serious traction on North American dinner plates.

Easy to raise, butcher and prepare, rabbits don’t need large tracts of land upon which to roam and graze. The average sized rabbit produces 6 pounds of meat on the same amount of food and water it takes a cow to produce 1 pound!

We all know that rabbits reproduce, well, like rabbits! They’re ready to eat in 10 weeks and super tasty too (like chicken!).

For these reasons, rabbit is becoming more widely available where just a few years ago you couldn’t find them anywhere unless you raised them yourself. In my local area, for example, rabbit is regularly available at both of the butcher shops closest to my home.

If your family absolutely won’t eat rabbit, the best way to ease them into acceptance is with rabbit bone broth. It tastes just like chicken bone broth, and so you can use it for all your soup and sauce recipes.

Once the kids have seen Mom or Dad buy rabbit a few times and make broth with it, they will be more open to eating it. This recipe for rabbit Moroccan hot pot is an easy one to try first when you get to that point.

Below is a recipe for basic rabbit bone broth. Try it! While not the most nutritious bone broth made from fish, you will be amazed how inexpensive rabbit stock is to make compared with pastured chicken broth while tasting essentially the same with a similar nutritional profile.

This article on simmering bone broth shows the perfect roll that isn’t too high and isn’t too low. Also, if your broth doesn’t properly become a semi-solid once refrigerated, refer to this guide on the 5 most common reasons broth won’t gel.

If you are sensitive to monosodium glutamate, I would recommend reading this article on MSG in bone broth.

As you can see from the photo above, I use a large, 4.5 quart Vita-Clay to make my bone broth. I prefer a clay pot to a stockpot or a pressure cooker because of the acidity of bone broth, which has the potential to leech nickel and excessive chromium from stainless steel. This article on stainless steel cookware explains the research studies that give rise to this very real concern.

Another benefit of using a slow cooker like the Vita-Clay (which is periodically offered in stoneware as well as clay) is that you can leave it gurgling while you leave the house. It’s also safe and eliminates the fire danger from a simmering pot on the stovetop while the household is asleep at night. 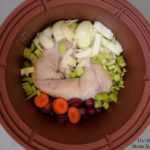 Easy recipe for rabbit stock that is frugal and compares favorably in flavor to broth from pastured chickens or grassfed beef.

5 Reasons (with 5 Recipes) to Have Broth for Breakfast