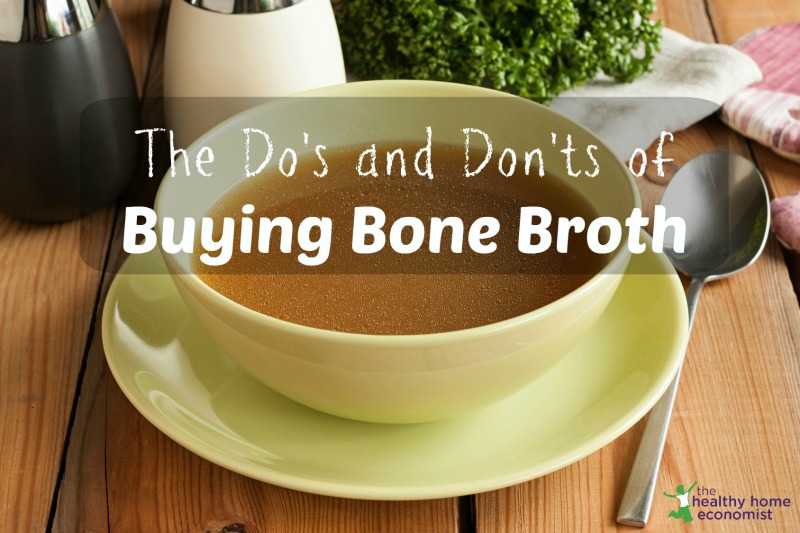 My oldest child recently went off to college – nearly 1000 miles away from home. Obviously, given this distance, he wasn’t going to be coming home for dinner or visit regularly on weekends! One of my biggest challenges with this life change was to help him figure out how to stay healthy. Eating in the college cafeteria and living in the first-year dorms without an easily accessible kitchen presents a unique set of obstacles.

Since bone broth is a crucial component of traditional diet and staying well in general, the possibility of buying bone broth as a substitute for homemade is the first task I tackled.

Buying Bone Broth vs Making It Yourself

When I first embarked on the adventure of Traditional Diet in 2002, my biggest challenge was making everything myself. There were no commercial substitutes for pretty much anything.

I had to make my own kombucha, beet kvass, and other fermented drinks, make my own sourdough bread, sprout and soak beans, nuts and seeds, and the list goes on and on.

Needless to say, I was over the moon when artisanal producers started coming out with traditional foods that I could buy. While this option was more expensive, I readjusted the food budget to accommodate some of these items. I knew I was going to go crazy trying to do everything myself 24/7/365 for two decades until my children were all grown.

Remember, traditional societies not only ate ancestral foods but enjoyed the support of an entire community. A mother was not making everything herself all the time. Large numbers of extended family surrounded her as a critical support structure.

With literally no family nearby to help, I considered these small producers to be my modern-day support structure. I needed their quality products to combine with my efforts in the kitchen to round out the meals that I served my family.

Fake broths and soups including bouillon cubes at the store typically consist of nothing but water, MSG, additives and a lot of sodium. This includes organic brands. These options clearly aren’t a good substitute for homemade bone broth. But what about the many small companies that are now making truly authentic stocks and broths? Are they good enough to use at home or for making nondairy homemade baby formula?

I examined all the brands of bone broth I could get my hands on, and here’s what I found.

Little to No Gelatin

Probably my biggest disappointment is that commercially made bone broth contains little to no gelatin. Putting the containers in the refrigerator did nothing to firm up the broth into the familiar jiggly blob you get when making it at home. Every brand I tested stayed liquid, indicating one of two things:

I should add that the organic deli at my locally owned health food store offers commercially made bone broth that properly firms up to a semi-solid state in the refrigerator. Talking with the store manager, the broth is made with whole chickens, which explains why the broth has so much gelatin. Enough meat is used along with the bones in the proper ratio to generate large amounts of gelatin. Obviously, I buy a lot of this bone broth to supplement my homemade stock. We use 1-2 gallons each week for our family.

Unfortunately, this type of deli isn’t available where my son is going to college. So, I continued my search for a quality commercial bone broth to buy.

My second concern with commercial bone broth is the packaging. Most are packaged in some sort of plastic or cartons lined with plastic.

Commercial packaging using plastic containers or liners typically involves hot food coming into contact with the plastic. This has the very real potential to leech toxins into the food. Organic UHT milk is one such product. The milk is boiling hot when it is poured into the carton and then vacuum sealed to make it shelf-stable without refrigeration. Bone broth involves a similar process from what I’ve gathered talking with packaging experts.

The exceptions to this include bone broth that is properly cooled to room temperature before packaging in plastic. This would require that the broth be frozen before shipping. Such exposure to plastic in this scenario would present little to no leaching risk. But, frozen bone broth lacks the convenience of shelf stability. It also requires shipping in coolers with much wasteful packaging, which isn’t an environmentally-friendly choice.

Another acceptable packaging option is, of course, glass. Unfortunately, glass presents the danger of breakage.

What to do now?

Buying Bone Broth: What We Ended Up Doing

In the end, if you simply don’t have time to make your own or are in a location without kitchen access, it is definitely worth it to buy bone broth. This traditional food is simply too important to do without!

After trying numerous brands and carefully vetting the packaging processes used, I settled on Epic Bone Broth for my son’s dorm room which comes in shelf-stable glass jars.

The jars are shelf-stable for about 6 months but need to be refrigerated once opened. I purchased 2 cases (6 jars per case) to get him started when he moved into the dorm.

He has a cordless electric kettle in his dorm room for heating (faster and safer than a microwave!). However, he discovered that he prefers just opening a jar and drinking it at room temperature. This saves the hassle of cleaning the kettle each time. He stores leftovers in his compact refrigerator, which I made sure had an ample freezer for his healthy frozen soups from Bonafide Provisions.

It’s a convenient way to stay healthy at college!