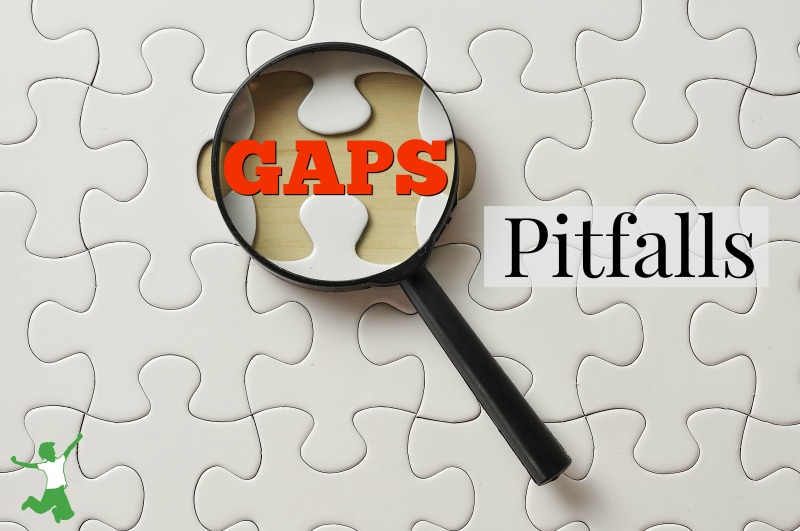 An increasing number of folks that I know seem to be trying out the GAPS diet in order to solve autoimmune issues. Many are unwittingly making mistakes that are making success more difficult and time on the diet more lengthy.

GAPS, as it is commonly known, is a short term protocol to rebalance and heal/seal the gut wall. This halts the flood of toxins from pathogenic strains dominating the gut environment from pouring into the bloodstream 24/7. It is this unpredictable mix that triggers autoimmune symptoms.

The diet is described in detail in Dr. Natasha Campbell-McBride MDs book Gut and Psychology Syndrome. It is based on the century-old Specific Carbohydrate Diet.

The autoimmune disorders significantly alleviated or healed by the GAPS Diet include the simply annoying, like seasonal allergies, to the more life-altering such as autism, fibromyalgia, MS, lupus, and the list goes on and on…

Ok, let’s get real for a minute. Does the GAPS diet as outlined in the bestselling book by Dr. Campbell-McBride MD really work for alleviating allergies and other autoimmune disorders?

My husband used to be the poster boy for allergies. He was allergic to every single prick the allergist tried on him some years ago.  Today, he is allergic to nothing. Absolutely nothing. His asthma (during respiratory illness) and eczema resolved permanently as well.

Another person I recently talked to has arrested the progression of her IBS symptoms and gotten herself off the medication using the GAPS Diet. In fact, I know many folks who have received significant relief from their autoimmune disorders from the GAPS Diet.

How empowering to know that there is an answer for autoimmune illness and that something as simple as the GAPS diet can make it happen!

The trouble is, GAPS is simple but not necessarily easy. When folks go on GAPS, a number of common mistakes seem to be made. Here is a rundown of the five most frequent mistakes I’ve encountered coaching folks at various stages in the process:

Mistake #1:  Going off Grains but Not Starches

The most important premise of GAPS is to eliminate all sources of disaccharide containing foods from the diet until the gut wall can heal and reseal. Most sugars and all grains, even those not containing gluten, are disaccharides and hence must not be consumed while on GAPS as a compromised gut wall is unable to digest them. Undigested food in any form provides the perfect environment for pathogenic viruses, bacteria, and fungi to thrive.

Talking to people on GAPS, I have frequently encountered those who have eliminated all disaccharides from the diet but not all the starches in the form of potatoes, sweet potatoes, arrowroot flour, potato flour/starch, carob powder, cocoa powder, chickpea flour, all other gluten-free flours and almost all beans and legumes (navy beans and lentils are ok).

This can be confusing, as resistant starch is food for friendly gut flora and overall, good for the gut! Thus, don’t take this to mean starch is “bad”. It definitely isn’t! It just isn’t something to eat while on the GAPS Diet.

Starch is a very complex food molecule comprised of very long strands of hundreds of mono sugars that are very difficult for an imbalanced gut to break down. Undigested starch feeds gut pathogens. Even worse, the starch that does manage to get digested results in molecules of maltose, which is a disaccharide!

As a result, for success on GAPS to be achieved and long term results attained, grains and starches must be eliminated on a short term basis.

Mistake #2: Taking a Cheaper Probiotic or No Probiotic at All

GAPS success requires an infusion of strong, therapeutic strength probiotics to reseed the gut with dominant, beneficial flora at the same time the GAPS Diet is starving out the pathogens. Unfortunately, a number of folks I’ve talked to who claim to be on GAPS are not taking a probiotic at all.

This is a mistake. Taking a probiotic on GAPS is not an option, it is a must!

Unfortunately, a decent quality probiotic is expensive, as you may have noticed! Resist the temptation to settle for cheaper brands.

Dr. Campbell-McBride MD warns about this in her book. She writes that most brands on the market are not strong enough nor do they have the correct aggressive probiotic strains necessary to recolonize the gut. Moreover, many brands of probiotics do not contain the strains listed on the label or have the claimed bacterial strength.

In other words, you get what you pay for.

To avoid the problem of probiotic label fudging, make sure the brand selected is reputable and can deliver the results you need.

Mistake #3: Going Wild with the No Grain Flours

Our culture’s food supply is so overly dominated by grain-based foods that when a person initially decides to go on GAPS, the thought “what in the world will I eat” can be rather overwhelming.

As a result, a common mistake for people on GAPS is to make a wholesale switch from grain-based foods to those exact same foods made with no grain flour such as coconut or almond.

Eating bread, muffins, pancakes, waffles, pizza, and cookies made with coconut or almond flour at the same rate one used to eat these same foods made with wheat can cause unintended consequences.

Coconut flour is extremely high in fiber and eating too much of it can cause gastric distress. Almond flour contains a lot of omega-6 fatty acids. While essential to health, too many omega-6 fats in the diet contribute to inflammation.

As a result, eating a moderate amount of baked goods made with alternative flours such as coconut and almond is the best way to go to ensure GAPS success.

A very important part of the GAPS diet is the consumption of copious amounts of homemade bone broth. A small cup (about 4 ounces) with every single meal is recommended. The reason is that broth contains so many easy to assimilate minerals, vitamins, and amino acids. It is a very soothing food to the intestinal mucosa. Physicians have known for centuries that it aids digestion due to the natural gelatin which attracts digestive juices.

Many folks I know on GAPS are not consuming nearly enough broth. Or, they are using commercial bone broth which is almost always watered down (no gelling in the fridge) and/or packaged in toxic containers like aseptic, shelf-stable cartons.

A good idea before going on GAPS is to make sure your freezer is completely loaded up with any and all forms of homemade broth that you can find quality bones for including chicken, turkey, beef, lamb, fish, etc. Note that the best and most nutritious bone broth is made from fish heads, so be sure to include that in the rotation.

Broth is inexpensive to make and is so very important to GAPS success. Be sure to include it with every meal if at all possible! Once or twice a week in soups is not often enough.

Mistake #5: Giving Up Too Soon

Success with the GAPS Diet takes time. In most cases, it took years for the gut to get in bad shape. Thus, it’s going to take months or even a year or two to get it back to normal. For a child, the average amount of time on GAPS to achieve a significant level of autoimmune remission is 18 months. For an adult, it can take longer.

I have known adults who have achieved success in only 6 months. However, these were typically people who had been eating traditionally for many years already. They simply needed to go on full GAPS for a few months to complete the healing process.

If you are coming to GAPS from the Standard American Diet, then plan on 2-3 years to success. While this may seem like a long time, it is really short considering living the rest of your life with an ever-worsening auto-immune situation.

Don’t give up too soon! Initial subsiding of symptoms within a few weeks or months on GAPS does not mean healing. Stick with it to heal and seal the gut wall for good so you can reclaim full vitality of life!

If the GAPS diet is of interest to you and you would like a complete overview of the program, please check out this article on how to heal autoimmune disease.

There are also many GAPS diet recipes on this site to help your journey. 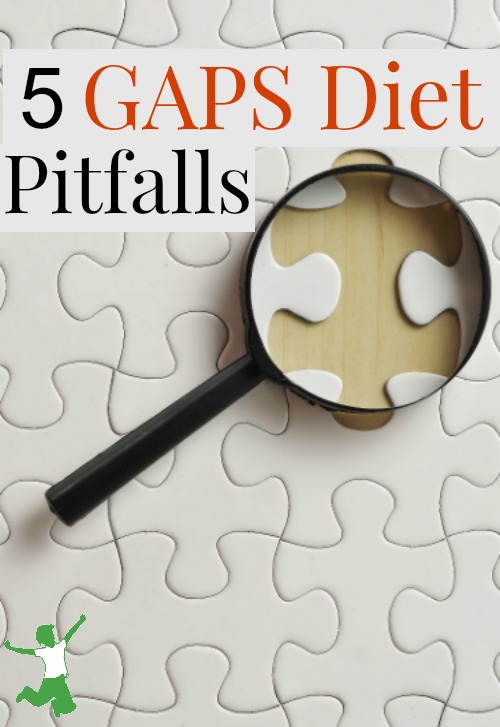