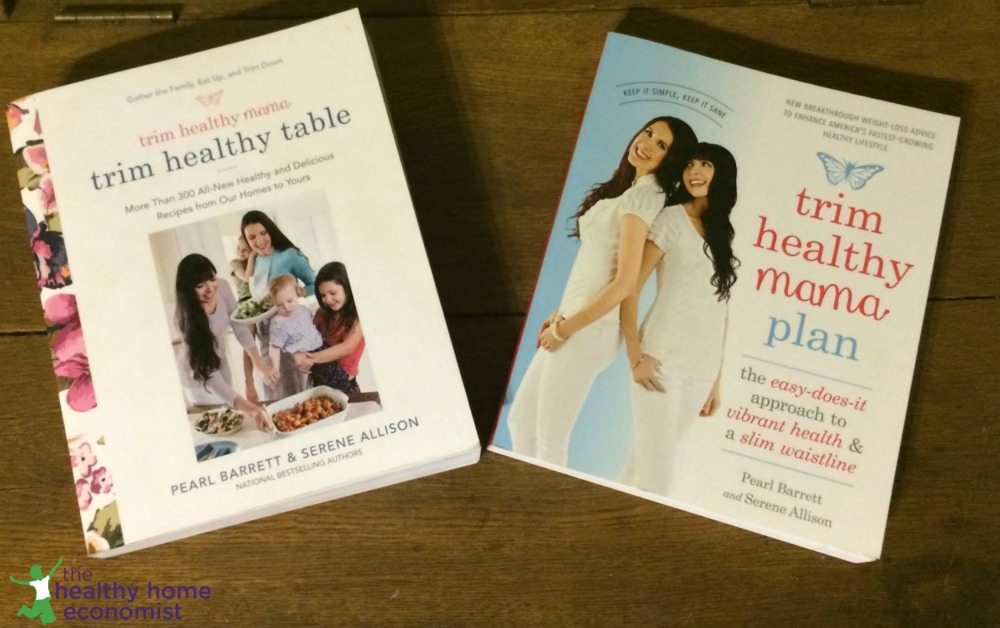 We live in the day and age of diets. With the breakdown of any sort of unified, heritage-based cuisine to maintain sanity in the US food scene, the people comprising its melting pot have migrated through the decades from one dietary fashion and fad to another. The 1960s and 70s especially ushered in the era of unending dietary upheaval. Macrobiotics, low fat, vegetarianism, veganism, whole wheatism, and the list goes on and on to the present day.

One of the latest newcomers to the scene, introduced in 2012, is the food philosophy known as Trim Healthy Mama. While not noteworthy enough to make US News top-ranked diets (like the Dash Diet, #1 for 7 years straight), this weight loss approach has a pretty fair sized following. So let’s take a look at THM in depth – its creators, rules, benefits, and pitfalls.

Trim Healthy Mama – usually referred to as THM by most followers – is the brainchild of Pearl Barrett and Serene Allison. The sisters at one point practiced veganism! After experimenting with numerous different dietary systems trying to find something healthy and workable, they ultimately developed their own approach to healthy eating.

After a number of years of research and personal experimentation, they self-published their first successful book in 2012, Trim Healthy Mama. They followed up with the THM Cookbook, the THM Plan, and THM Table to provide support for their rapidly growing following.

What Exactly is the Trim Healthy Mama Diet? (basic rules)

The THM diet has a number of good facets. In a nutshell, there are two main kinds of meals on the diet. The first is an E meal – e for “energizing.” These meals are high in carbs and contain little to no fat (5 grams or less). The other type of meal is an S for “satisfying. These are moderate to high fat (above 10 grams), low carb meals.

Both meal types encourage significant protein intake – usually in the form of meat, nuts, eggs, or dairy. Beans are also consumed, but only with E meals because of their carb content.

THM does not encourage soy consumption.

Two other meal types are worth noting. The first is a “fuel pull” (FP). This does not contain enough fat or carbs to count as an E or an S. It is a high protein, low carb, low-fat meal. The second is a “crossover” (CO), which contains higher amounts of fat and carbs. These are either used for an extra weight loss boost, for pregnant and nursing moms or once you reach your goal weight. Neither of these secondary meal types is the norm.

These are the basic rules, but there are a number of nuances, caveats, and qualifications that go along with them.

The books all talk about good sourcing and proper preparation. At the same time, there is a great deal of leeway given and an overall lack of emphasis/push for people to obtain ingredients from the best possible, preferably local sources. Most of the THM products (more on these below) seem to be carefully sourced – grass-fed, non-GMO, etc.

The books discuss the benefits of raw milk, soaking nuts, legumes and grains, sourdough bread, fermented vegetables, bone broth and a number of other traditional food approaches and principles. Yet, there is also a fair share of recipes in the Trim Healthy Mama Cookbooks that are based more on convenience foods and quick, easy preparation.

In essence, the Trim Healthy Mama Diet is a bit of a “ride the fence” approach, casting a wide net to gain popular appeal but perhaps diluting itself in the process.

As THM caught on, more books followed. After that, a line of THM products was introduced. It appears the authors have set aside and replaced the original book with a smaller book (the first was over 600 pages!). This smaller book focuses on the diet, menu plan, and principles. Then, Trim Healthy Mama cookbooks (which are far more user-friendly) fill out the approach.

The main difference between the original book and the cookbooks is a greater inclusion of a large number of THM branded ingredients. Examples include:

Is THM a traditional foods diet?

However, many of the recipes in the THM cookbooks are flat out incompatible with ancestral eating.

Is THM a whole foods diet? For the most part, yes.

One of the main issues with the diet is the heavy use of what they call “stevia-based sweeteners.” The problem is, these are really alcohol sugar sweeteners that contain stevia. Swerve would be a common example available at the health food store. Moreover, the stevia is also not whole leaf stevia, but a stevia extract.

These alternative sweeteners are used in all the sweet recipes, but also in many other surprising places. For example, the meatloaf recipe includes 2 teaspoons of the “super sweet blend.” Why does meatloaf need sweetener?

My wife actually likes a number of their main dishes. Unfortunately, many of the bread, shakes, desserts, and other items are heavily dependent on the THM products some of which are not traditional.

There are a few other issues with THM that are best described in contrast with other dietary systems that truly are traditionally based such as the 21-day bone both diet or the Zoe Harcombe diet.

The Harcombe diet, in particular, serves as a great comparison with THM. First, note that my wife and I have tried both diets extensively. Also, note that we have read multiple books from both systems, so we are not speaking out of a lack of firsthand experience!

On the THM side, we have read three of the four books (all but one cookbook). On the Harcombe side, Zoe has produced an incredible amount of material. We have read or reviewed four of her books as well. In addition, we’ve read numerous articles and other materials she has produced.

What makes the two diets similar? Both seek to segregate carb and fat consumption. So you will have meals that have carbs and protein or meals that have fats and protein, but rarely a meal that has BOTH. Meals are generally either low carb or low fat in both systems.

But how they achieve this differs dramatically at times. Why? I think it is because the two diets have a very different focus and overall goal. This is also in my view the best way to contrast the two diets.

Alternatively, THM appears to focus on GETTING PEOPLE TO LOSE WEIGHT and providing all sorts of compromise and semi-real foodways to do so. Again, you can follow it using fewer cheats and more healthy, whole, traditional foods, but there is an emphasis that you do not have to do it that way.

For Harcombe, the goal is to teach people to eat and enjoy foods in their natural and traditional form. THM wants to ensure that people do not feel like they are deprived or “missing out.”

Ultimately, these two diets have very, very different objectives. With Harcombe, there is freedom, but the diet itself isn’t built on and around pseudo-real foods – erythritol, xylitol, oat fiber, the baking blend, protein powders – so prevalent on THM. Instead, the goal for Harcombe is to learn to enjoy real food itself.

Traditional sweets are allowed in moderation and on occasion, especially as you reach your goals under Harcombe. On the other hand, THM talks about “eating cake for breakfast.” This isn’t encouraged every day, but frequent sweets are a main part of the diet for most people who follow it.

In the THM books, there is an emphasis on making sure you don’t “feel deprived.” Thus, they include large numbers of recipes under the headings “more sweet treats,” “desserts,” candies and bars,” “cakes and muffins,” “cookies, brownies, and pies” (sweetened with THM sweeteners) “shakes” and the like.

In one of the THM cookbooks, the number of pages devoted to veggie sides (15 pages) is tiny compared to the number of pages (175 or so) devoted to categories of sweet recipes. Now, there are many veggies included in the main dishes, but the imbalance and emphasis on sweets, shakes, etc. are still concerning!

Trim Healthy Mama: A Step in the Right Direction

Overall, THM is a step in the right direction. It is worlds better than the Standard American Diet (SAD). In the hands of the right person – who uses the principles of real foods, properly prepared and carefully sourced – THM would possibly be an effective and healthy way to lose weight.

However, for someone without knowledge of traditional foods and preparation methods who simply dives in and tries it, THM would likely not bestow lasting health and vibrancy at a satisfactory level.

Have you tried THM or know people who have? What are your thoughts or experiences?

Skipping Breakfast. Is Weight Loss Worth the Risks?