Gut and Psychology Syndrome Part I 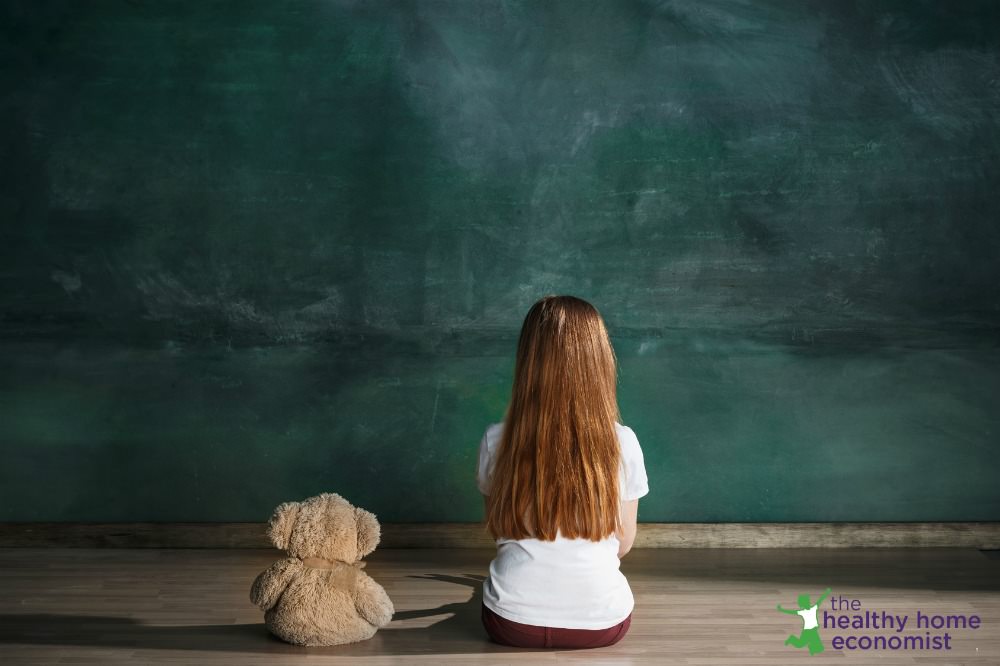 The book Gut and Psychology Syndrome (or GAPS, for short), by Dr. Natasha Campbell-McBride MD, is divided into three major sections.

The book’s first section, titled What is Going On?, contains an in depth discussion about how children with all manner of learning and behavioral problems including autism, ADHD/ADD, dyslexia, dyspraxia (extreme clumsiness),  schizophrenia, and depression have fallen into the GAP of modern medical knowledge.

Their conditions overlap and most of the time, children with one of the above conditions also suffer from one or more of the others.     For example, Dr. Campbell-McBride discusses that there is an approximate 50% overlap between dyslexia and dyspraxia and a 30-50% overlap between ADHD and dyslexia.

In addition, GAPS children frequently suffer from autoimmune disorders such as eczema, allergies, and asthma.   Children who suffer from severe eczema in infancy often develop autistic characteristics later in childhood.

It is important to note that while Dr. Campbell-McBride’s book focuses on childhood psychological and auto immune issues, the very same principles can be applied to adults, where the most common GAPS disorders would be depression, anxiety, and obsessive compulsive behavior.   Like in children, GAPS adults tend to suffer from one or more autoimmune disorders such as rheumatoid arthritis, lupus, crohn’s disease, IBS, fibromyalgia among many others.

It seems, then, that GAPS conditions and the autoimmune disorders go hand in hand – in both children and adults.

When Does GAPS Begin?

GAPS children and adults all have digestive problems.   Colic, bloating, flatulence, reflux, constipation, feeding issues usually begin to manifest themselves when weaning from breastmilk takes place because Mother’s milk contains antibodies to the toxins produced by the pathogens in the baby’s gut.   When weaning occurs, the full blown effects of GAPS start to become most apparent.

It is during the second year that most GAPS children develop fussy eating habits and usually self limit their diet to sweet and starchy foods as this is the food preferred by the pathogens in their gut (i.e., the predominating microbial strains in your gut affect what you want to eat to a large degree).   In the case of autistic children, the accepted foods can be limited to only 2 or 3.  This pickiness is indicative of an extremely imbalanced gut environment, usually characterized by fecal compaction and abnormal bathroom habits.    The fecal compaction results in a rotting gut environment providing the perfect breeding ground for all sorts of parasites, bacteria, fungi, and viruses.

Why do GAPS children and adults have such abnormal digestive environments to begin with?   In the case of children, messed up digestive systems are inherited from the parents at birth!   In nearly all cases of GAPS children, the mother suffers from digestive disorders, asthma, eczema, skin disorders, or migraines herself which is indicative of an imbalanced gut environment.  And even in the rare case where a GAPS child’s mother does not have these issues, the father invariably does.  The father is, of course, a contributor to the Mother’s vaginal flora hence the flora of both parents is passed on to the child at birth.

Antibiotics, the birth control pill and other medications all serve to damage the beneficial flora of our guts.   Stress, a diet of processed foods, and some diseases and viral infections can alter the unique mixture of microbes in a person’s gut in an unpredictable way, predisposing that person to a different set of gut related health problems that are autoimmune in nature.

When a child is born, the gut flora of the parents is inherited as the baby passes through the birth canal.    In the case of a C-section birth, the microbes floating around the hospital environment are what seeds the baby’s gut which is why C-section babies are more prone to GAPS.

How is the Gut Damaged in GAPS Children and Adults?

When the gut flora becomes abnormal as discussed above and all manner of pathogens dominate its environment, the digestive wall becomes damaged and leaky.  A leaky gut spews a constant stream of pathogenic invaders, toxins and undigested food particles out of the gut into the body causing a heightened immune response.

No wonder GAPS children and adults suffer from autoimmune disease given that their immune systems are so severely compromised as well as unbalanced and overworked from a lack of beneficial flora to keep opportunistic microbes in check.

In a child or adult with digestive disorder, the pathogenic microbes dominating their guts each produce a toxin with a different neurological response in the body.    Candida albicans, for example, a pathogenic yeast, hijacks glucose from the digestion of carbohydrates.   In healthy people with no candida overgrowth in their guts, glucose is converted into lactic acid, water and energy.    In GAPS children and adults, candida digests the glucose in a different way – converting it into alcohol and its byproduct acetaldehyde.

Alcohol easily crosses the placenta, so a woman with candida overgrowth who consumes a lot of grain and sugar based carbohydrates during pregnancy is unknowingly exposing her fetus to the developmentally damaging effects of alcohol.

After the child is born and inherits the candida overgrowth from his Mother, the child’s gut starts producing alcohol and the protein damaging acetaldehyde.   Proteins damaged by acetaldehyde  are thought to be a primary contributor to many autoimmune reactions where the body begins to attack its own tissues.

One of the most common is an antibody the body produces against myelin – a protein that is an integral part of the brain and the entire nervous system.  Multiple sclerosis in adults is an auto immune disease that is characterized by damaged myelin.

There are similarities between autistic and dyspraxic children and adults with MS which may be correlated with acetaldehyde production from candida albicans overgrowth in the gut!

Therefore, many children and adults with candida overgrowth in their guts are suffering from the effects of alcoholism even if they have never touched a drop of alcohol in their lives!

In children and adults with digestive disorders, gluten, a hard to digest protein found in wheat, rye, and barley and casein, a milk protein are not fully digested.     The undigested substances from gluten and casein have a similar chemical structure to opiates like heroin and morphine.    These opiate like substances (gluteomorphine and casomorphine) pass through the leaky gut wall into the blood stream affecting neurology just like street drugs like heroin.

Cutting out gluten and casein containing foods can in some cases dramatically improve GAPS symptoms, especially autism, but in many cases, it does not.

The reason is that each person with gut dysbiosis has a unique mix of opportunistic flora which produce a constant river of toxins to the brain.     Cutting out all gluten and casein may help somewhat by cutting out 2 types of toxins, but many other toxins are coming from other pathogenic microbes in the gut.    Ultimately, then, fixing the gut balance by re-establishing the dominance of beneficial flora over opportunistic microbes is what works in addressing all symptoms.

Living Green in an Artificial World Now Available in Kindle and Paperback!