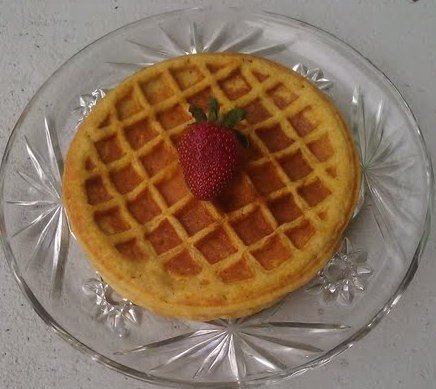 Our family loves my Belgian waffles recipe using sprouted flour. Sprouted waffles are our family’s breakfast of choice most weekends. The kids almost always request them as their special birthday breakfast too.

My favorite classic Belgian waffles recipe is the one by Chef Emeril Lagasse. To his credit, Emeril’s recipe calls for real eggs and butter which many of the modern waffle recipes do not.

However, there are still a number of things about Emeril’s recipe that aren’t healthy choices like the use of cake flour, refined sugar, white salt, and nonstick cooking spray (yikes).

If you’ve ever wondered how to modify a conventional recipe into one that is traditionally based, healthy and nourishing, it isn’t a hard task.

Typically, what I do is substitute the unhealthy ingredients for healthy versions on a 1:1 basis. Once in a while, things don’t turn out right, but most of the time, the dish is perfect.

I had a bag of sprouted kamut flour ready to go for Christmas Eve breakfast yesterday. So, I decided to morph Emeril’s recipe into a totally healthy version. It is so nice to be able to buy germinated grain (vetted brands on my Resources page) now so I no longer have to sprout my own which is rather time-consuming.

I sprouted my own flour for years, but now I simply buy the whole grain already germinated in large bags and grind fresh sprouted flour fresh in my kitchen at my convenience.

My sprouted waffles recipe turned out so light, fluffy, and amazing that my family has decided that this is our new favorite way to eat this classic breakfast dish. 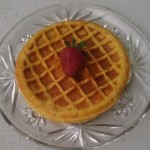 Expeller pressed coconut oil may be substituted for the butter.

Maple syrup or coconut palm sugar may be substituted for the cane sugar. 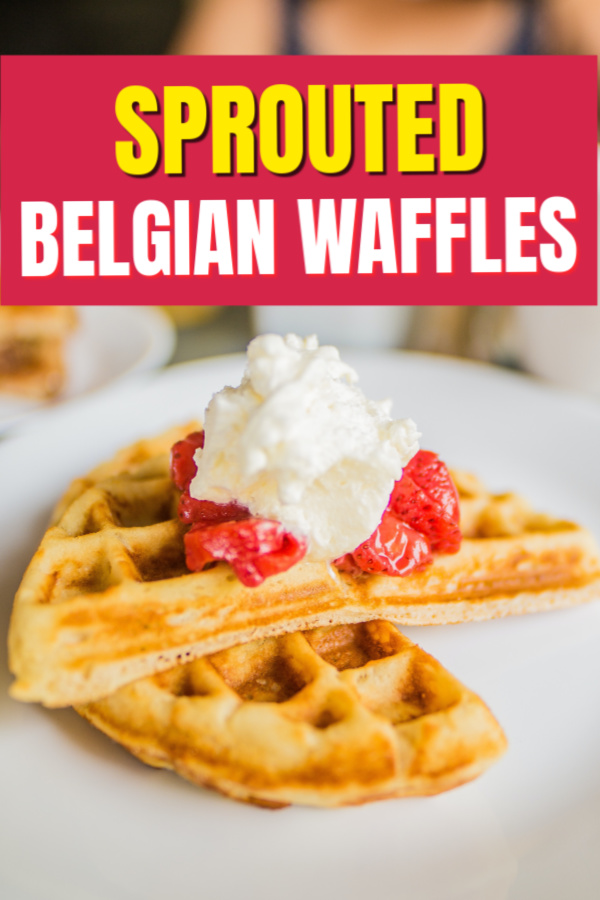 How to Soak Corn for Baking and Cooking