How to Sprout Grain at Home (+ VIDEOS) 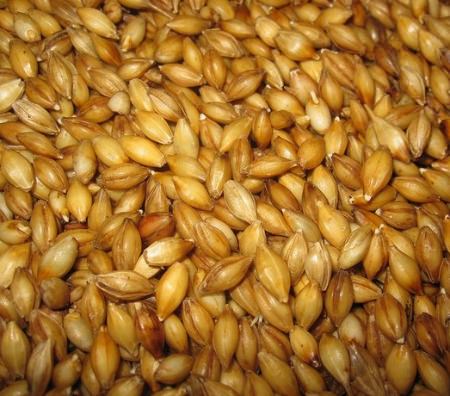 The video lesson plus written recipe features how to make sprouted grains at home and thus make your homemade sprouted flour for all your baking needs.

China is credited with developing the method for germinating seeds many centuries ago and on long ocean voyages, Chinese sailors used sprouted mung beans as a source of vitamin C for preventing scurvy.

Vitamin C is produced in significant quantities when you sprout seeds.   It is absent from unsprouted seeds!   Many other nutrients are increased substantially from sprouting grains, as I go over in the videos.

Sprouted flour made from freshly ground sprouted grain is one of the 3 ways traditional societies used to prepare their grains before eating.

This careful preparation of wheat and other grains is necessary in order to break down the antinutrients, toxins, and difficult to digest proteins (i.e., gluten) so as to optimize digestibility and to allow maximum absorption of nutrients.

Unfortunately, this careful preparation method has been lost with our modern cooking methods which focus on speed and convenience rather than nutrient density and digestibility!

The first item you need to sprout is a half gallon size glass container with a screen lid (like this one). Many health food stores sell sprouting jars, but you can easily make one yourself at home using a glass jar and a clean pair of pantyhose cut to fit the lid of the jar and fastened with a rubber band.

Once you have your jar ready, fill it no more than halfway with the grain you wish to sprout. I use organic spelt or organic soft white wheat that I obtain from my local grain co-op. For other ideas, visit my Resources page. 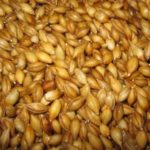 How to sprout grains at home easily and cost effectively that will improve the nutrient value of your baked goods. Recipe can be used to sprout any types of grain.

Baked goods made with sprouted flour are much more digestible/filling.  As a result, you will find that you eat much less of the same item when you use sprouted flour!

Where to Find Organic or Already Sprouted Grain

How to Make Sprouted Grains (Videos)

The two videos below demonstrate how to sprout grains. The first video shows the soaking process and the second the sprouting process.

Teff Grains (sprouted or not) Deliver Big on Nutrition

Amaranth: Superfood of the Aztecs

Why Grains are the Hardest Food on the Planet to Digest

How to Easily Make Greek Yogurt from Regular Yogurt (and save BIG!)

4 Ways to Make Rice Water + How to Use

The A1 and A2 Factor in Raw Milk