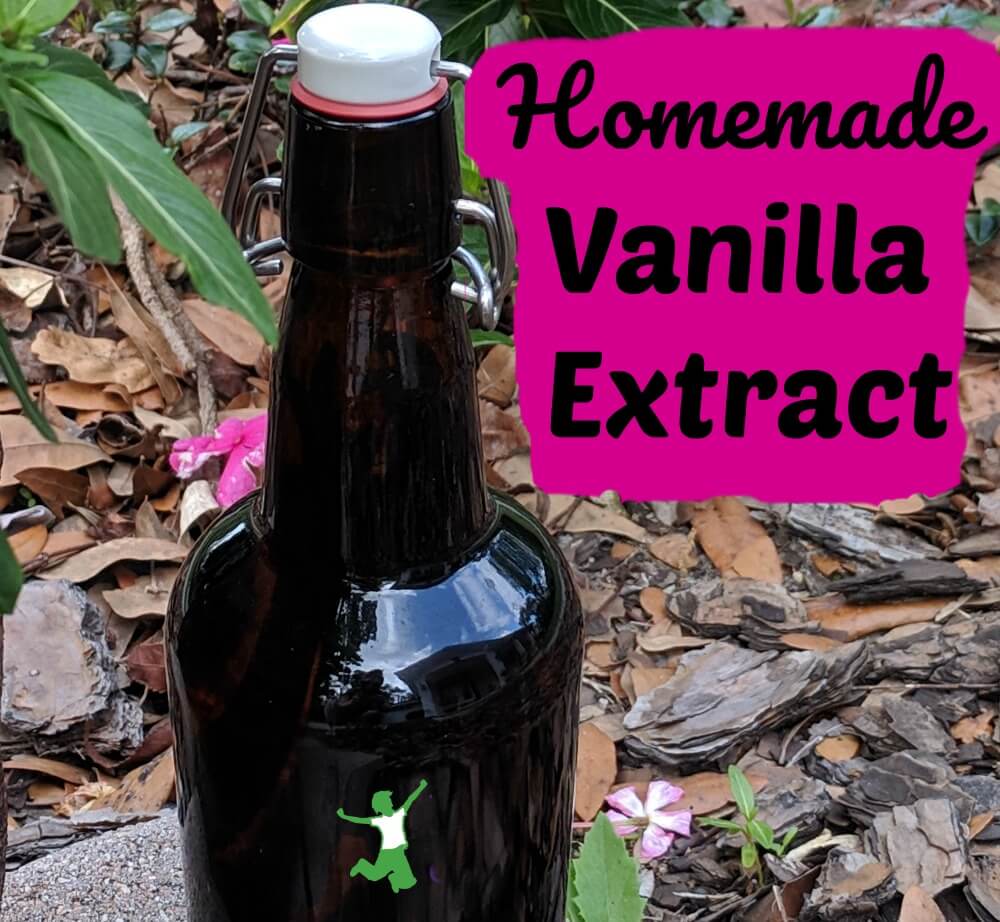 One of the most lovely gifts I’ve ever received during the Holidays was a bottle of homemade vanilla extract. The picture is shown above. I was very touched because I really appreciate the thoughtfulness of handmade gifts.

In addition, anyone who spends a lot of time in the kitchen knows that vanilla is a very expensive flavoring that is used in so many recipes! In fact, vanilla is the second most expensive spice after saffron due to the intensive labor required to grow the vanilla seed pods. Could this be why saffron rice is far less popular than plain ‘ole yellow rice?

Certainly, this is the case with vanilla extract. The cost is a big reason why food manufacturers commonly use fake vanilla flavoring instead of the real thing.

Which Type of Vanilla Beans Makes the Best Extract?

My friend Lindsay prepared several test batches of vanilla extract to decide which she thought tasted best to use for gifts. She tried several different types of vanilla beans before settling on Near Gourmet Bourbon Vanilla Beans. These beans are native to the island of Madagascar just off the coast of Africa. “Near Gourmet” means that they actually split on the vine (Grade B) or during the curing process.

Commercial vanilla extract manufacturers prefer “splits” because often they have a higher vanillin content. Typically, this is 0.23 grams of vanillin per 100 ml versus the usual 0.18 grams per 100 ml for high-quality extract grade beans.

In addition, these vanilla beans have a higher moisture content than the typical beans used to make commercial vanilla extract. The difference is roughly 30% versus 20% for commercial beans. If these beans hadn’t split at some point along the way, they would be considered gourmet grade (Grade A), which are more expensive.

Lindsay’s research on vanilla beans also turned up information on the production of vanilla beans. She was delighted to learn that nearly all vanilla beans are grown without the use of synthetic fertilizers or pesticides.  The reasons are threefold.

First, vanilla only requires a light composting of forest materials in order to thrive. Secondly, vanilla has few insect or animal predators as long as it is properly cultivated. And finally, the mostly small farms that grow vanilla do not have the resources for chemical treatments. In addition, they cannot afford the expensive fair trade or organic certifications. (1)

As a result, Lindsay decided that paying the premium for organic vanilla beans was unnecessary.

If you decide to make vanilla extract to give as a gifts, then I would recommend using potato vodka. This will ensure a gluten free product. It will be usable even for those friends and family who are avoiding gluten or have a grain allergy.

Lindsay was kind enough to share her vanilla extract recipe with me and said it was fine to share here as well. This ridiculously easy method on how to make vanilla extract will taste far better than even the organic stuff at the store. It will possibly save you quite a bit of money too!

Make Twice as Much Vanilla with this Trick

I’ve discovered a trick to save even more money when you make your own vanilla.

When your new bottle of extract is ready, pour off about half into small bottles (see below) and refill the big bottle with fresh vodka. Leave for the designated period of time one more time.

You will get two large bottles of vanilla extract for the price of one set of vanilla beans! 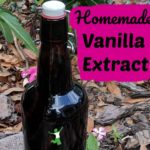 This homemade vanilla extract recipe is ridiculously easy and will save you lots with this simple DIY method. Gluten free too and makes a great gift!

If you use a different size bottle of vodka, note that you need 6 whole vanilla beans for every 8 ounces of vodka to make vanilla extract. Adjust the number of beans as necessary. 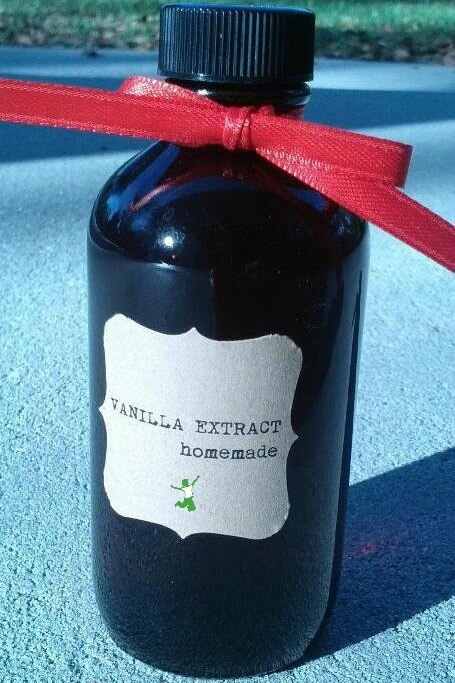 How to Make Almond Flour (and why you would want to)