How to Make Sprouted Flour at Home

How to make sprouted flour yourself at home by sprouting the grain of your choice for more nutritious, filling, and digestible baked goods. It saves a bundle too! 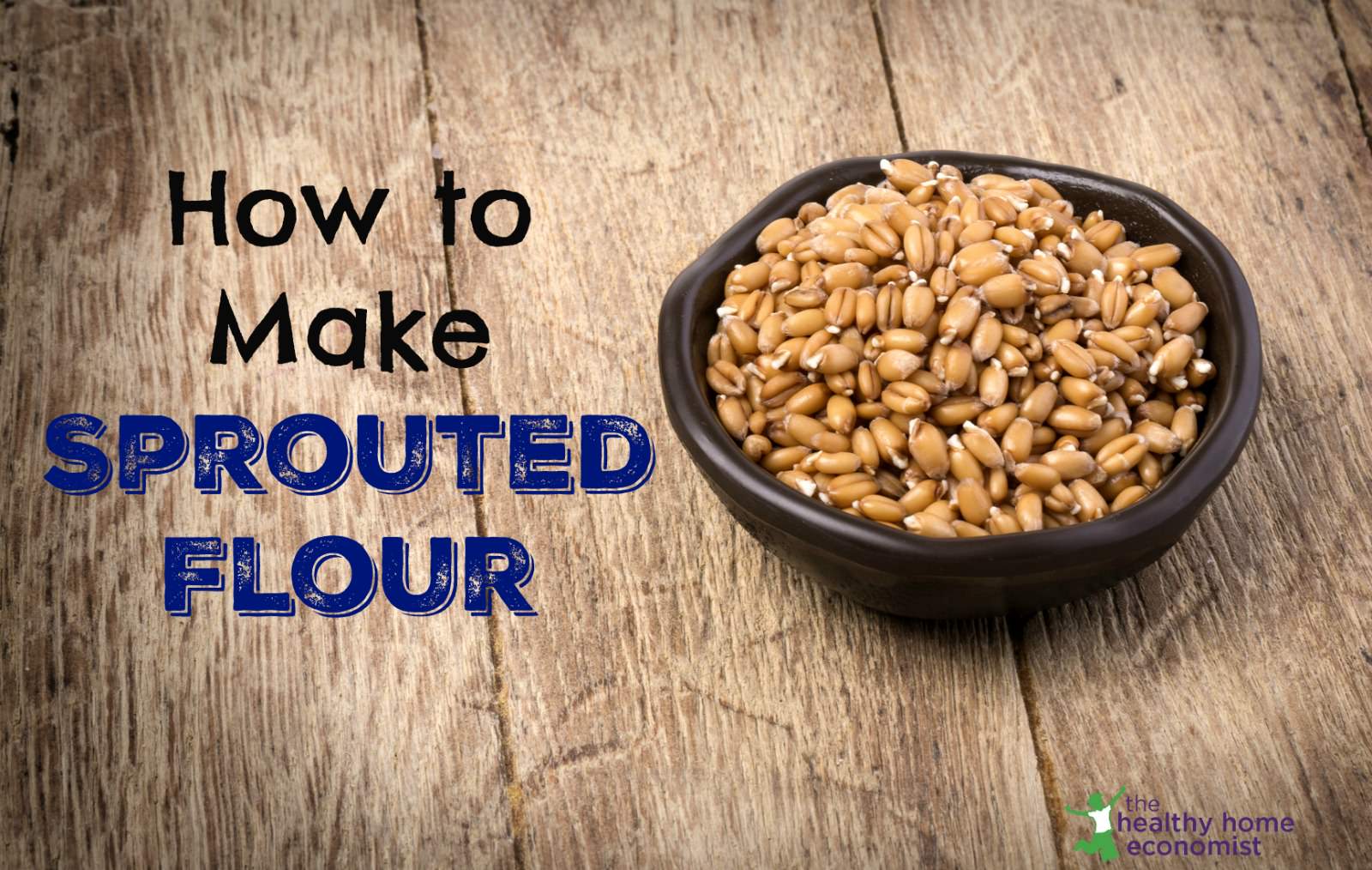 Sprouted flour made from freshly ground, germinated grain is one of the 3 ways traditional societies used to prepare their grains before eating.

These careful methods are necessary in order to eliminate anti-nutrients such as phytic acid and lectins. They also help neutralize toxins and break down difficult to digest proteins such as gluten. In addition, the process optimizes digestibility to allow maximum absorption of nutrients.

Unfortunately, sprouting as a traditionally inspired practice has been lost in favor of modern cooking techniques. Today, home chefs value speed and convenience over nutrient density and digestibility!

Many consumers are returning to these wise and ancestral preparation methods, especially as allergies and intolerances to grains continue to explode across the industrialized world.

It is amazing to me how many folks label themselves as “gluten intolerant”.  If they only realized how simple cooking techniques will easily break down the gluten and possibly allow them to enjoy wheat again!

Sprouted flour is substantially more nutritious than unsprouted. For example, vitamin C is produced by germinating grain, but it is absent in the unsprouted form. Vitamin B content is increased dramatically by sprouting as are carotenes, precursors to Vitamin A.

Sprouting inactivates the irritating substances in the hull of the grain as well. These inhibitors (phytic acid) have the potential to neutralize enzymes in the digestive tract. These substances also block the uptake of important minerals like zinc.

Hence, the germination process exponentially increases the ease of digestion and metabolism of nutrients! It reduces the chances of indigestion, acid reflux, and bloating too.

From a practical point of view, you feel full more quickly and stay satisfied longer when sprouted foods are consumed. The increased nutrition in each bite is what makes this possible.

Much media attention has brought attention to the problem of aflatoxins in grains. These substances are potent carcinogens and are present in high quantities in highly processed foods such as crackers, cookies, chips, and cereals.

Sprouting inactivates aflatoxins, which is just another reason to follow the wisdom of traditional peoples in grain preparation!

While there are many places nowadays to buy sprouted flour, it can be expensive, typically running $5-10/pound depending on the type of grain you seek.

Another option is to buy grain kernels already sprouted and grind into fresh flour yourself. This costs about the same as buying sprouted flour.

On the other hand, buying the grain of your choice in bulk, sprouting the kernels yourself, and then grinding into flour costs roughly half this amount!

Not only is it cheaper, but homemade sprouted flour is more nutritious too.

Once grain is sprouted and/or ground into flour, the protective substances in the hull are deactivated. This results in a rapid loss of nutritional value…even faster than unsprouted flour. There is also an increased risk of rancidity once the delicate polyunsaturated fats in the grain are exposed to air and light post grinding.

Thus, making germinated flour yourself will result in a fresher product with most of the nutrition preserved. It is time well spent.

The first item you need to sprout grain is a glass container with a screen lid and a stand for easy drainage/airflow (like this one).

Alternatively, many health food stores sell sprouting jars, but they are sometimes pricey.

If the budget is tight, you can make a DIY sprouting jar yourself using a large, wide-mouth mason jar and a clean pair of pantyhose cut to fit about an inch or two wider than the lid. Fasten with a rubber band and you’re all set!

Note that buying organic grain is best as nonorganic sources are sometimes irradiated and will fail to sprout.

While it doesn’t take much effort, germinating grain does take a bit of time to allow Mother Nature to do her work. Thus, it is wise to plan for large batches at a time so that you only have to sprout your grains once or twice a season!

Once you’ve successfully made your first batch of sprouted flour, try one or more of these recipes to enjoy the delicious fruits of your labor! 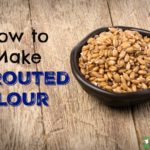 How to make sprouted flour at home by sprouting the grain of your choice for baked goods that are more digestible, filling, and nutritious.

How to Make Cream Cheese from Pasteurized Milk