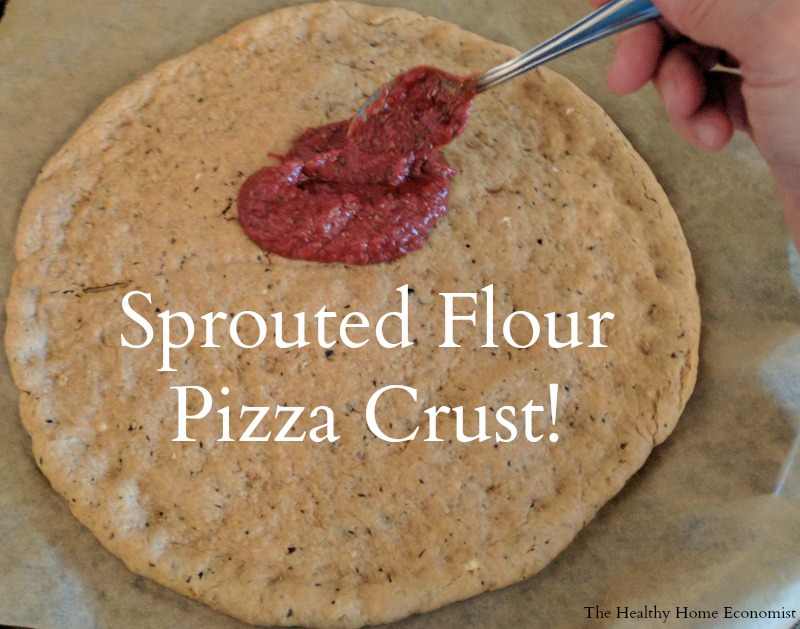 China is credited with developing the method for germinating seeds many centuries ago.  On long ocean voyages, Chinese sailors used sprouted mung beans as a source of vitamin C for preventing scurvy. Vitamin C is produced in significant quantities when you sprout seeds and many other nutrients are increased substantially including the B vitamins and carotene.

Probably the best aspect about sprouting is that it renders the grain significantly more digestible as well as nourishing.

Phytic acid and complex carbohydrate molecules which cause intestinal gas are broken down.  Sprouting also inactivates aflatoxins which are carcinogens found in grains.

How to Source Sprouted Flour for Pizza Crusts

You have 3 options for obtaining sprouted flour in your home when you are ready to give it a go:

With all the toppings on top of the savory sprouted flour pizza crust, the slightly different but very enjoyable taste sprouted flour imparts to the grain will be less noticeable and easier to get used to for young eaters who notice any and all differences at the dinner table!

If you would like to try other healthy pizza crust variations, this grain free recipe for almond meal pizza crust is delicious and simple to make. Just be sure the almond meal is properly prepared to reduce the digestive risks from anti-nutrients.

Or, you can try coconut crust pizza, which is also grain free. No special preparation is required for the coconut flour.

If you are simply avoiding wheat, try this recipe for gluten free pizza crust instead.

Tip: This healthy pizza makes a great lunchbox item that most everyone will enjoy! 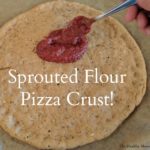 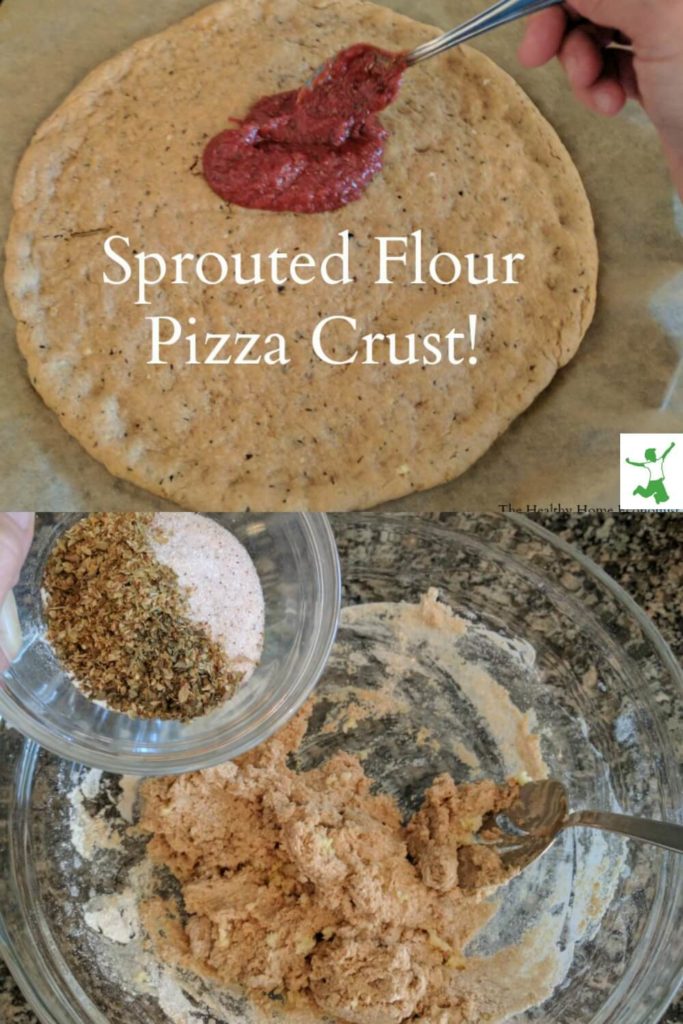