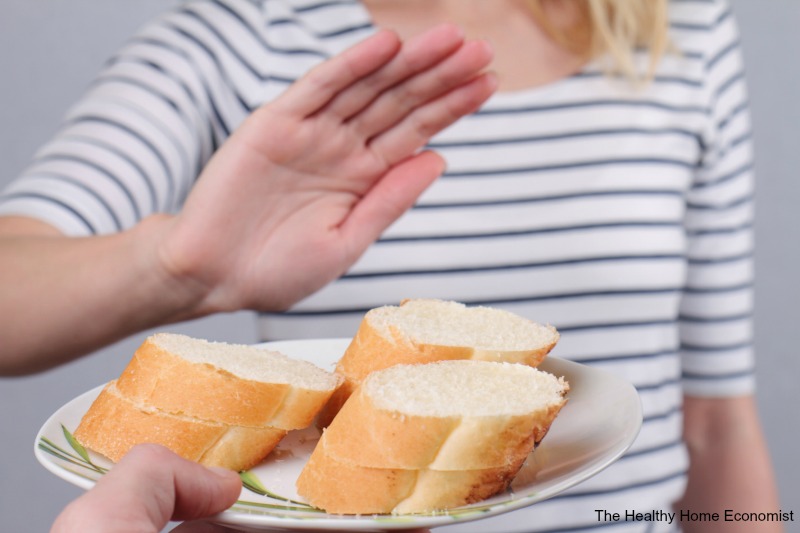 Food sensitivities are on the rise and the same can be said for skin disorders.

Looking back even a decade ago, being sensitive to some kinds of food was not the hot topic that it is today. Going back 50 years ago, it was virtually unheard of!

For example, the “trend” we are seeing among people going wheat and gluten free is proof of this. The truth is this is not a trend that is going to go away anytime soon. According to gluten specialist, Dr. Tom O’Bryan, 7 out of 10 people have a sensitivity to gluten whether they know it or not.

That surely sounds like an epidemic to me!  Just because someone is not diagnosed with Celiac disease doesn’t mean that there isn’t a problem. Like with any diagnosis, gluten intolerance doesn’t develop overnight, and in time, the sensitivity could progress drastically if intervention is not taken.

It’s also worth noting that for every person who has gluten sensitivity with gut dysfunction symptoms, there are 8 that don’t. Like with any food sensitivity, we cannot assume that it will only affect us in one way. Most think of gluten as a “gut issue”, but this is not necessarily so. Food sensitivity symptoms, like gluten, can manifest in different ways for different people.

The big picture is that there are typically multiple food sensitivities in a single individual with this problem. It’s very rare that I see people with just one food sensitivity in my practice, which is much different than a true food allergy.

What’s the Difference Between a True Food Allergy and a Food Sensitivity?

The tricky thing about food sensitivities is that they can be perfectly healthy whole foods; foods that we would not normally suspect to be a problem. As I have discussed in prior articles about the importance of gut health to clear skin, a damaged gut is a breeding grounds for food sensitivities. There are particular foods that can aggravate an already irritated stomach, and/or prevent it from healing, as well as create even more inflammation throughout the body.

Many will see a huge change in their skin after removing these foods from their diet. If still no difference is noticed, consider specific food groups that are also known to exacerbate symptoms:

It’s possible to be intolerant to several different foods. Start with the major sensitivities above and begin to eliminate one food group at a time. Give your body at least 1-3 months to see results. If no large improvements, move on to the next group. For a quick at home test to check for food sensitivities, try the pulse testing method.

Although these are typically the largest culprits for people in terms of skin irritants in the diet, food sensitivities could also be any random food, especially if digestion is not working optimally. These are general recommendations I have established from my research, working with clients, and personal experience. While not everyone will have to remove everything suggested here, some may be hypersensitive to many foods, and in that case further investigation may be needed, as well as working with a practitioner that can cater to your body’s needs.

Carla Hernandez is a Certified Nutritional Therapy Practitioner (NTP) who uses nutrition, diet and lifestyle interventions to support physiological mechanisms within the body. She specializes in Digestive Issues, Weight Loss and Skin Conditions.

From Brain Gravel to Heart Attack: The Negative Health Consequences of Calcium Supplements
Next Post: Mom Fined for Not Including GMO Ritz Crackers in Kids Lunch