Natural Rosacea Remedies (+avoiding the #1 cause) 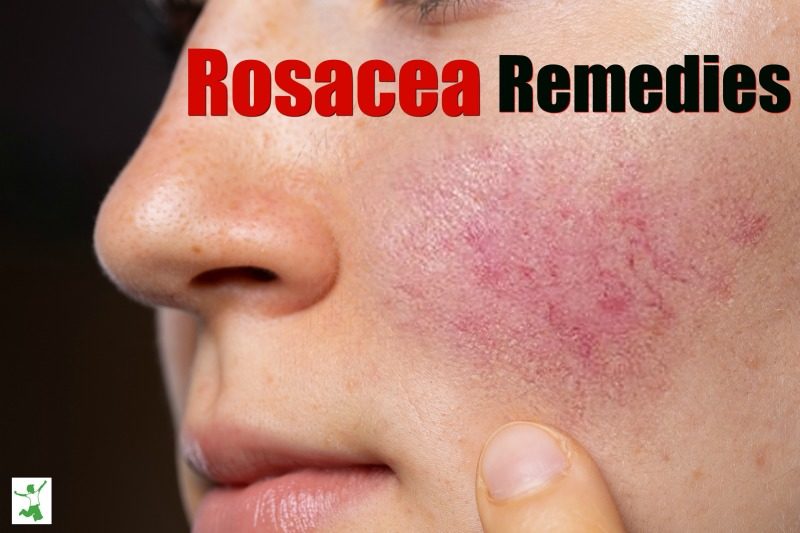 Rosacea is a skin disease that typically affects people over the age of 30. It involves a red rash on the face that initially comes and goes. Sometimes the rosacea rash includes small, red, pus-filled bumps. The number of people suffering from rosacea today is growing rapidly with the age of onset getting younger and younger.

I’ve seen a number of teenagers with rosacea recently which was unheard of only 10 or so years ago. Big Pharma has definitely taken notice! Trials for drug-based treatment for rosacea are currently ongoing to hurry profitable pharmaceuticals to market. An enormous billboard in my community is aggressively advertising for candidates to participate in the required FDA approval process for these drugs.

Rosacea Drugs Don’t Treat the Cause

For those who wish to avoid the drug route with its inherent side effects that are likely as bad or worse than rosacea itself, natural remedies fortunately abound!

The first thing to realize about rosacea is that it is what I call a “canary illness”. Canaries, if you recall, were used in the early days of coal mining to detect deadly gasses and potential explosions. If a canary keeled over inside a mine, this was a sign for the mining crew to get out quickly!

Be thankful for your rosacea! It is a very visible sign of inflammatory issues going on within the body. You have time to take action to resolve the problem before the inflammation gets worse, damaging something much more critical such as your vital organs!

Think about it – the redness from rosacea is triggered when tiny blood vessels called capillaries become inflamed and literally break underneath the skin. What about inflammation and/or breakdown of larger vessels in a related portion of the circulatory system, arteries, and veins? You can’t afford for these larger vessels to become compromised. Problems in this portion of the circulatory system can be extremely dangerous to health.

Hence, ignoring rosacea and considering it only a cosmetic nuisance is sweeping a potentially big health problem down the road under the proverbial rug.

The same goes for using creams, drugs or lasers which help reduce the rash’s appearance without addressing the underlying reasons for the inflammation.

Best to avoid the band-aid approach with rosacea.

Can Rosacea be Cured with Diet?

Conventional doctors will tell you that rosacea is common, chronic, and incurable.

In other words, “there is nothing you can do” (except take drugs for it of course).

Is this really true?

Functional medicine and lifestyle doctor Sachin Patel has an answer to this common statement.

Why are patients told “there is nothing you can do” for a disease that is caused by something they are [in fact] doing?

There is most certainly something you can do to help resolve problems with rosacea! The first thing to recognize is that what you are eating on a regular basis can have big effects.

To their credit, conventional practitioners will often tell patients with rosacea to avoid hot, spicy foods and alcohol. These foods tend to worsen symptoms. Coffee, chocolate, yerba mate, matcha and other caffeinated foods can aggravate things for some people too. Perhaps this is because caffeine dilates already inflamed blood vessels making them more prone to breakage. Exposing the skin to very cold temperatures or skin icing has the same damaging effect.

Sugar, particularly if processed like white refined sugar or high fructose corn syrup, encourages inflammation of all kinds. And, if rosacea is your weak link, plan on that Dunkin’ Donuts binge costing you when you look in the mirror.

Another problem with sugar consumption if you suffer from rosacea is that Candida and other pathogenic yeasts in the gut convert dietary sugar into alcohol. Even a meal heavy in carbohydrates would potentially aggravate rosacea symptoms for those with unbalanced gut issues.

It is extremely important to get sugar and refined carbohydrate issues under control if you want to successfully treat rosacea naturally!

If you need help getting off the sugar train, this four-step plan to get off sugar really works and won’t make you crazy or feel deprived in the process.

I have known people whose most effective treatment for rosacea simply involved their sugar and carb consumption under control.

Besides dietary intervention, there can be a parasitic aspect to some cases of rosacea too.

Researchers studying effective approaches to treatment for rosacea have determined that the skin mite Demodex folliculorum can cause dry rosacea-like symptoms. In one study, a random sample of 16 female patients with rosacea was examined. All were found to harbor skin mite infestations in the inflamed areas using light and scanning electron microscopy. The patients were treated with 10% topical sulfur ointment to kill the mites. 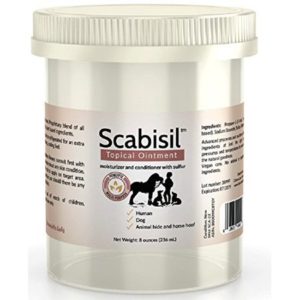 After treatment, 3 cases were completely cured, 10 cases were moderately improved, and 3 cases showed no improvement (1).

But why did the mites get entrenched in the skin in the first place? Exposure to heat and humidity – conditions that let mites thrive – certainly doesn’t help. But, the real reason is actually nutritional deficiency.

The B vitamins are the most important nutrients to consider for the avoidance of skin mite infestation and treatment for rosacea. Not surprising that people with gut imbalance issues (overgrowth of Candida and other pathogens) frequently have issues with B vitamin status too. Good bacteria in the gut actually produce these nutrients naturally supplementing dietary forms (3).

Of these, riboflavin, vitamin B2, is especially critical when it comes to avoiding rosacea. The Textbook of Natural Medicine by naturopaths Joseph Pizzorno and Michael Murray describes how easily the skin of riboflavin deficient rates is infected with rosacea inducing skin mites. The skin of rats with normal riboflavin status was not affected.

Vitamin B Complex Can Work Wonders

The best whole supplements to obtain concentrated, 100% food-based Vitamin B complex including riboflavin (recommended brand with no synthetics).

Beware of multi-vitamins and other lab-created supplements to obtain this nutrient, as the B vitamins are synthetic in many cases.

Other ways to help resolve rosacea-related nutritional deficiencies as described in the Textbook of Natural Medicine include:

There is simply no need to use pharmaceuticals as a treatment for rosacea in the majority of cases. Eliminating parasitic influences, dietary modification, and resolution of likely nutritional deficiencies is a three-pronged attack that can work to resolve rosacea naturally and permanently.

The Best Vegetables for Boosting Immunity