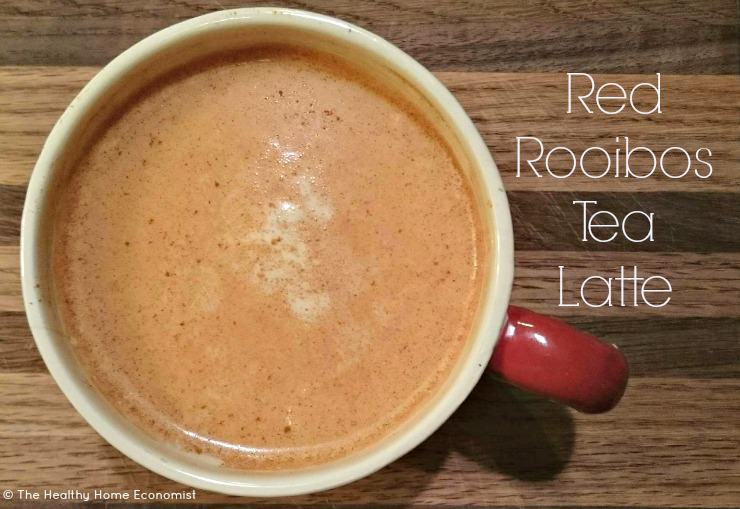 If you are looking to replace coffee based lattes with something that is naturally caffeine free and absolutely delicious, I would suggest that you try a (red) rooibos latte.

Rooibos lattes are very popular in coffee shops in South Africa, which makes sense given that the rooibos, or redbush, plant is native to that continent.

South Africans have traditionally used rooibos tea for centuries. The Dutch settlers in the area used it as an alternative to expensive black tea. In addition, black tea was not always available as supply was dependent on trading ships from Europe.

Also called red tea, rooibos has an earthy and a slightly nutty flavor that you will likely find extremely appealing after just a few cups. Rooibos tea benefits primarily revolve around the fact that it is naturally decaffeinated and loaded with antioxidants. Other health pluses include anti-fungal as well as anti-mutagenic properties. Rooibos is also of benefit to immune system modulation and assists with nervous tension, skin problems, and digestive complaints.

I’ve been drinking rooibos tea for many years, but have only recently begun enjoying it as a latte. It is my favorite hot drink to enjoy in the evening, although I tend to stick with plain rooibos tea first thing in the morning.

Making a rooibos latte is extremely simple. The first step involves concentrating the amount of rooibos in 3 standard cups of tea down to a half cup of water which suprisingly does not result in a bitter taste like with black tea.

The sweetener chosen is based on your personal preference. I prefer a pinch or two of low glycemic coconut sugar or a drizzle of raw local honey. Freshly ground cassia Saigon cinnamon adds a sweet and yet fiery boost that surpasses the flavor of any pre-ground cinnamon on the market. If you prefer Ceylon cinnamon, that will result in a sweeter taste.

While steamed milk is a typical addition to a latte, I only warm mine to 117 F/47 C which is hot enough to please the palate and yet low enough to preserve the precious enzymes and probiotics in my creamy and delicious pastured raw milk. The latte still turns out nice and foamy, perhaps not as foamy as if I steamed it, but good enough for my tastes.

If you prefer your caffeine free lattes to taste more like coffee, try this recipe for a dandelion latte instead. If you love green tea with the slow release of caffeine from the amino acid l-theanine, try this creamy matcha latte recipe, which contains approximately 10 times the antioxidants of a single brewed cup of green tea! Another option is an energizing yerba mate latte. 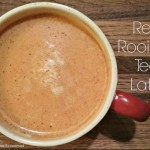 South Africa's popular red rooibos tea latte is the perfect solution for those seeking a non-caffeinated alternative to coffee based lattes.

This Vanilla Latte Recipe Will Get You Off Starbucks