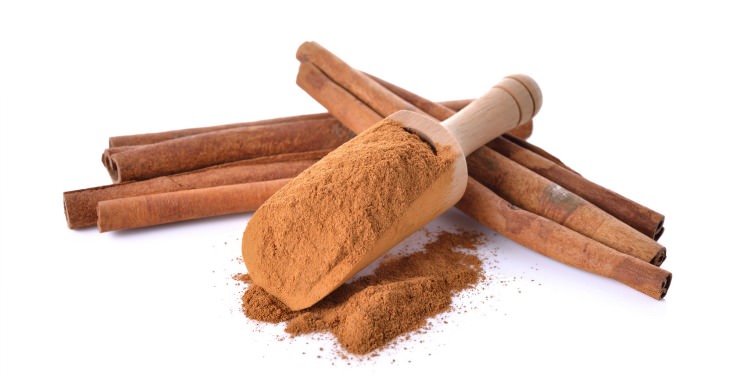 Throw everything you *think* you already know about cinnamon out the window. You know what I mean … the blah blah blah that Ceylon cinnamon is the only true cinnamon and the Cassia (Chinese) cinnamon is merely a cheap impostor and even dangerous to consume.

Turns out, this “fake” versus “true” cinnamon discussion is nothing but a red herring.

The topic of cinnamon benefits to health is much more subtle, and yes, vitally important than black and white arguments about its authenticity.

In this article, I’m going to break it all down for you in a simple, straightforward manner and explain the nuances of the cinnamon discussion for your consideration.

The conclusion I think you will arrive at, which is what seems most logical, at least to me, is that the cinnamon you are using is really not what you are looking for – regardless of its type!

It may surprise you to learn that there are literally hundreds of types of cinnamon! However, only two are used for commercial purposes today.

Note that Saigon and Korinte are two additional subtypes of cassia cinnamon that are commonly available as well.

Consumers can distinguish between these types based on color, aroma, visual appearance, and of course, taste!

Let’s examine in more detail the two primary cinnamon types: cassia and Ceylon and the unique health benefits of each.

Ceylon cinnamon was the very first type of cinnamon to make its debut in Europe during the Middle Ages. Possession of it was considered a status symbol and luxury item. Arab traders transported it from Asia via cumbersome land routes.

Covetous of this elusive and fragrant spice, the Portuguese discovered the source of Ceylon cinnamon in present-day Sri Lanka around 1518. After conquering this island nation, the Portuguese and later the Dutch locked up control of the cinnamon trade for the nearly three hundred years!

Today, Ceylon cinnamon continues to be primarily produced in Sri Lanka. It is the most popular type of cinnamon in Europe.

Ceylon is valued for its mild, sweet flavor. Its bark is softer in both texture and color. It splinters easily when grated, so a soft touch is best when grinding it fresh.

It is best used in sweetened dishes and beverages where the taste of cinnamon will enhance the flavor. A sprinkle on a bowl of panna cotta is out of this world!

Cassia cinnamon’s emergence on the scene occurred a few centuries after Ceylon.

By 1800, cinnamon was no longer expensive and rare as it had begun to be cultivated elsewhere in the world. Moreover, cassia, or Chinese cinnamon, which has a very similar flavor to Ceylon, began to rise in popularity.

Chinese cinnamon is usually produced in Indonesia. It is the primary cinnamon found in North America.

Saigon and Korintje cinnamon are both subtypes of Cassia with only slight variations in color, taste, and shape.

Saigon is the most potent – as in hottest – of the Cassia cinnamons. There are also texture differences in the bark with Cassia harder, redder and more difficult to grate. Its hardiness helps explain why it is cheaper to produce than Ceylon.

Cassia cinnamon is best used in savory dishes such as yellow rice where its spiciness blends well with other herbs.

The cinnamon family of herbs are traditional and ancient as both food and medicine in human history. Use extends back for thousands of years – at least as early as 2000 B.C. The Old Testament even mentions it within the context of anointing and perfuming oil, though the type is not specified.

Cinnamon has received a lot of popular press in recent years due to its many health benefits, particularly with regard to blood sugar control. There is much more good news, however!

Cinnamon benefits to health go far and beyond its promise as a helpful addition to the diet to facilitate blood sugar control!

Cinnamon has been used medicinally in traditional Chinese medicine for thousands of years. In addition to its use as a spice, both Ceylon and Cassia cinnamon varieties have been used historically to treat a variety of ailments.

If you look into the popular press about cinnamon, the glowing reviews seem to primarily favor Ceylon cinnamon, frequently referred to as “true cinnamon”.

Why is Ceylon cinnamon marketed as having superior health benefits? This is due to its ultra-low levels of a chemical called coumarin. Coumarin is an anti-coagulant of the blood (think coumadin, the drug of a similar name which is a blood thinner).

The truth is, while there are definitely color, taste and texture variations between Ceylon and Cassia cinnamon, the health differences are minor. This is the case unless you plan to consume excessively large amounts every single day.

A lot of internet hay has been made out of the liver toxicity of coumarin in Cassia cinnamon, but the truth is that the risk is so low as to be virtually nonexistent!

Are the warnings against cassia cinnamon overblown? According to my research, they most definitely are.

What’s more, according to Medscape, the numerous research studies on cinnamon benefits for glycemic control for those with Type 2 Diabetes show the most favorable data for Cassia cinnamon varieties, not Ceylon, or “true” cinnamon.

What Type of Cinnamon is Best?

The real issue with cinnamon, then, is not whether it is of the Ceylon or Cassia varieties.  Buy whichever one you prefer. I personally love the fiery flavor of Saigon cinnamon and use the appropriate variety for the dish that is being served.

The sweet, subtle flavor of Ceylon for dessert dishes and the stronger potency of Cassia cinnamon for savory fare would be my suggestion.

Enjoying the numerous cinnamon benefits to health which have been known for centuries and are finally being studied, identified and acknowledged by science is far easier than you might think.

The ultimate key to cinnamon is its freshness!

The sobering truth is that the cinnamon in your pantry is stale, probably years old and of little potency no matter if you bought Ceylon or Cassia.

Yes, you read that right. Almost all cinnamon on the shelf is YEARS old! This stale cinnamon has significantly reduced flavor and health benefits.

How to Get Fresh Cinnamon

The simple and inexpensive remedy for this problem is grinding freshly harvested cinnamon sticks yourself.

This takes a matter of seconds and is so safe and easy a child can do it when using the beautifully designed cinnamon grater pictured below from Cinnamon Hill. 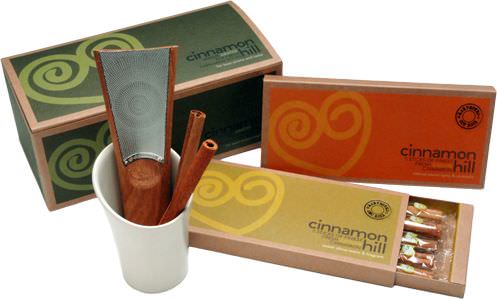 It is the only one of its kind on the market. It will never cut your fingers like other graters can!

Cinnamon Hill offers both Ceylon and Saigon cassia cinnamon. The package is stamped not with a “use by” date far into the future like all the stale ground cinnamon and cinnamon sticks on the market. Instead, it shows a much more accurate “harvested” date so you know exactly how old your cinnamon is when it reaches your kitchen.

Anytime you order, you can rest assured that the cinnamon you choose is as fresh as it could possibly be.

Note that electric spice grinders don’t work with fresh Saigon cinnamon, the most potent and high in essential oils of the Cassia cinnamon varieties. In addition, a simple microplane won’t work on fresh, delicate Ceylon cinnamon, which splinters easily.

If you are serious about using cinnamon for health benefits including weight loss, freshly ground is the only way to go.

The good news is that Cinnamon Hill’s gorgeous cinnamon grater is so simple and easy to use that you can grate some fresh cinnamon right at the table into your bowl of morning oatmeal.   No mess and no cut fingers like with ordinary graters.

One of my favorite ways to enjoy it is freshly grated and then sprinkled on top of a red rooibos latte.

I also sprinkle some fresh cinnamon into a breakfast smoothie. This really seems to help keep blood sugar steady and diminish carb cravings if the day promises to be a stressful one. Does anyone else get carb cravings when stressed? I’m sure I’m not the only one!

Another plus: early research indicates that cinnamon helps weight loss too.

Don’t take my word for it, though. Try out the freshly ground cinnamon difference for yourself. I would suggest the Jet Set for Starters which comes with a funky plastic-molded grater and two individually wrapped sample sticks, one of Ceylon and one of Saigon. Ideal for first-time buyers.

I have the Cinnamon Lovers Grater Pack which comes with a packet each of Ceylon and Saigon sticks plus the beautiful, carved honey-oak grater and ceramic cup. You can see what it looks like in the picture above.

My new habit is to keep a stick of Saigon cinnamon next to my computer and I suck on it (I *love* the taste of cinnamon) or take a nibble if I’m feeling overworked or having a sugar craving from the stress.  That little bit of fresh cinnamon on my tongue is completely satisfying and energizing.

I also enjoy it grated into my bowls of cream and fruit or on my morning oatmeal. What a difference freshness makes!

It makes all the difference actually … we just never knew what we were missing!

Thank you Cinnamon Hill for making these incredible products available to the world. At last, we can experience the many cinnamon benefits both for our health and our palate.

Disclosure:  This post was sponsored by Cinnamon Hill, however, the research, thoughts, and opinions expressed are my own based on my personal use of the products discussed.

One Person’s Poop is Another Person’s Prescription