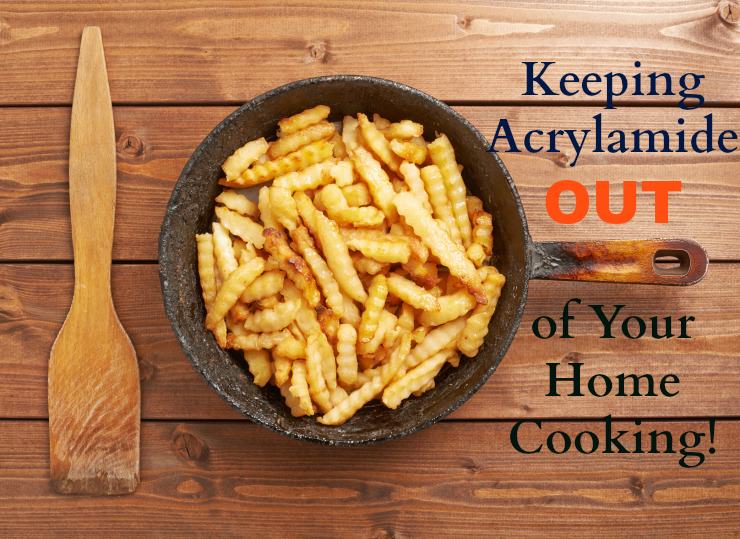 The realization that plenty of traditional fats in the diet is not dangerous and is, in fact, incredibly necessary for vibrant health can sometimes lead to the conclusion that fried foods are fine to eat on a regular basis.

Unfortunately, this isn’t the case.

Frying and even baking and broiling carbohydrates create a carcinogenic chemical called acrylamide in the food. This is the case even if healthy, high heat fats like tallow, lard, ghee or coconut oil are used.

The good news is that when traditional cooking methods are followed, the dangerous creation of acrylamide in your food can be avoided!

What Exactly is Acrylamide?

Acrylamide is a chemical compound that is white, odorless and soluble in water. It is used in numerous factory processes such as making paper, dyes, and plastics. It is used to treat both drinking water and wastewater. Acrylamide is also found in cigarette smoke and coffee.

In 2002, Swedish researchers discovered high levels of acrylamides in starchy foods. The chemical is formed when carbohydrates are cooked at temperatures above 250 F/121 C.  The foods highest in acrylamide after cooking or roasting include potatoes, grains, and coffee (1). What’s most important to realize is that the longer and higher you cook starchy foods at temperatures above 250 F/121 C, the more acrylamide is produced.

Acylamide in the Scientific Literature

Animal studies on acrylamide are the most worrisome to date. Rats and mice fed high levels of the substance in their drinking water were found by researchers to be at increased risk for several types of cancer. In people, studies on acrylamide in the diet have produced mixed results for some types of cancer including kidney, endometrial, and ovarian. Exposure to high levels of acrylamide in the workplace via inhalation or the skin causes nerve damage. This can lead to numbness or weakness in the arms or legs, bladder problems, in addition to other symptoms.

The limitation of the human studies on acrylamide in the diet thus far is that many of them relied on food questionnaires which people filled out every couple of years. This approach may not have accounted for all dietary sources of acrylamide. Moreover, food questionnaires are notorious for not being entirely accurate. People may not clearly remember (or be willing to admit) what they have been eating over time.

More human studies are urgently needed on the effect of acrylamide on health. However, at the present time, caution should be exercised given that it definitely does produce cancer in animals. Here’s what various leading government agencies have to say on the subject.

If all this data on acrylamide has you depressed, cheer up! Knowledge of traditional diet not only provides information about which healthy fats to cook with but also how to safely prepare them!

When I cook, even fry, starchy foods in our home, I have little concern for acrylamides. The trick is that you need to know how to prepare carbohydrate foods so that the chemical is minimized so that you don’t get too much on a consistent basis. Obviously, traditional cultures were exposed to at least some acrylamide too and did just fine. Native American cultures smoked tobacco, for example, so at the very least, they were getting regular exposure this way.

As a result, the minimization of exposure is the key without getting extreme to the point where you never eat fried food ever again. This just isn’t realistic.

Ways to Minimize Acrylamide in your Home Cooking

When I first started learning methods for reducing acrylamide in cooked foods, it was in conjunction with the research I was doing for my first book Get Your Fats Straight.

My husband had an “aha” moment one evening when we were discussing the dangers of acrylamides in the diet given how many starchy, snacky foods Americans seem to be eating on a daily basis. For many Westerners, these types of foods serve as the mainstay of the diet. He mentioned that his mother, who is an expert in traditional cooking and raised her family on these methods, used to always blanch potatoes briefly in boiling water prior to frying or roasting them. As it turns out, this is exactly the method recommended by the National Cancer Institute to minimize acrylamide production in food before you cook it!

Obviously, the most important thing to know when avoiding acrylamides in the diet is to limit the consumption of snacky, starchy foods that you buy at the store. Even if these foods are organic, they are made in a factory with the typical high heat, high-pressure processing in most cases. Since acrylamide is formed from natural chemicals in food during cooking, this type of factory process will produce acrylamide levels in cooked organic foods that are likely similar to those in cooked nonorganic foods.

If you want to enjoy french fries, be sure to make them at home as much as possible. In addition, be sure to blanch those potatoes first before immersing in the hot oil! Does this mean you should never eat fries in a restaurant? Not necessarily, just understand that the more you do this, the higher your acrylamide exposure.

Boiling potatoes or other starchy foods, decreasing cooking time and drying foods in a hot air oven after cooking have also been shown via research to decrease the acrylamide content of some foods (7).  Make that food thermometer your friend! This is the kitchen thermometer I use and purchased for about $10. I use it all the time to keep cooking temperatures as low as possible in my kitchen.

Here are some very helpful additional tips for minimizing acrylamides in your cooking as suggested by the American Cancer Society:

Acrylamide forms in coffee when the beans are roasted. Brewing coffee at home or in a restaurant has no additional effect. Hence, making coffee yourself doesn’t eliminate the problem.

So far, scientists have not found good ways to reduce acrylamide formation in roasted coffee beans. If you drink coffee, you are getting dosed with acrylamide. That much is certain.

Not surprisingly, the coffee industry claims the amount of this carcinogen in coffee is minimal. If you drink one cup a day and have a healthy diet that doesn’t include refined and processed carbohydrates, then that is probably true.

The other side of the coin, however, is that the acrylamide levels are significant enough that a judge from the state of California has mandated putting a warning label on roasted coffee. This includes cups of Starbucks and other takeout coffee.

Don’t be fooled by the industry spin. If you drink A LOT of coffee and consume the Standard American Diet loaded with carbs, the acrylamide in coffee is a BIG DEAL. Take these new warning labels as your wake-up call to get a grip on your coffee addiction.

While eliminating coffee isn’t necessary, it is very important to drink it in moderation and only within the context of a healthy diet that contains few to no refined, fried or otherwise processed carbohydrates cooked at high temperatures!

In short, if you pick up your cup of morning coffee along with a couple of donuts, it would be a good idea to rethink your morning breakfast routine!

Using coffee substitutes such as matcha or dandelion coffee would be a good idea as well. Don’t forget about yerba mate, more popular than coffee in South America. It provides a similar amount of caffeine without acrylamide.

Fast Food Chains that Get It

On a side note, I was thrilled to learn recently that Burger Monger, my favorite burger joint, not only uses healthy tallow for frying its french fries instead of unhealthy, rancid vegetable oils (it doesn’t matter if they are hydrogenated or not .. they are still unhealthy!), but also goes the extra mile to blanch them beforehand to minimize acrylamide formation. In the image below is the info proudly displayed at Burger Monger restaurants to inform customers of the traditional cooking approach used. 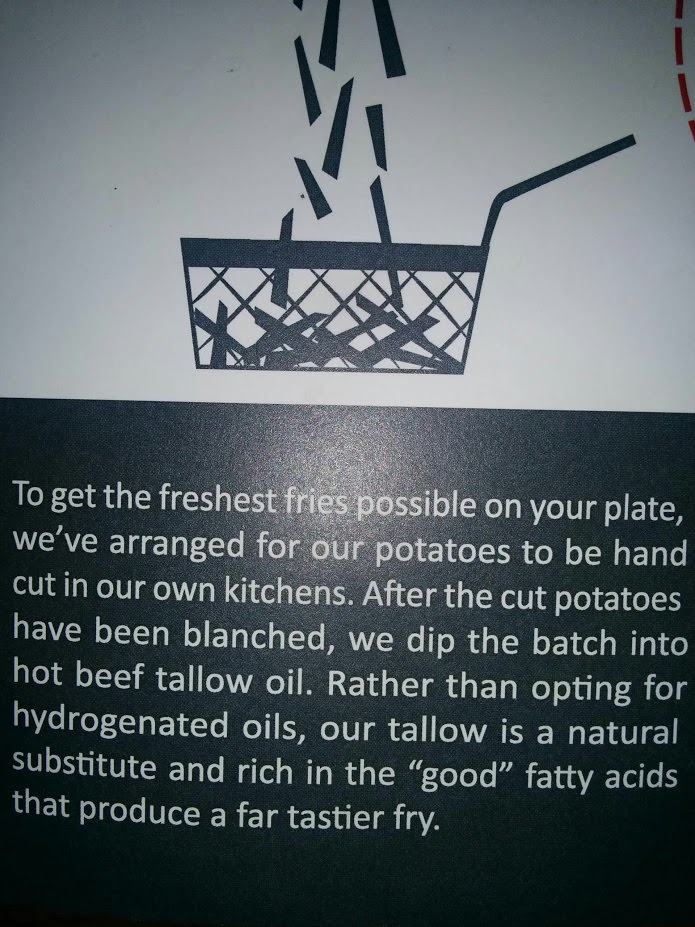 Peanut Oil Compared to Other Fats

Exhausted? Liver the Ultimate Superfood Will Get You Off the Couch