Detailed discussion of lard as a Vitamin D rich, traditional fat. When it’s healthy and when it’s not based on sourcing from quality pastured pig farms versus conventional sources that can be toxic, hydrogenated, and/or highly processed. 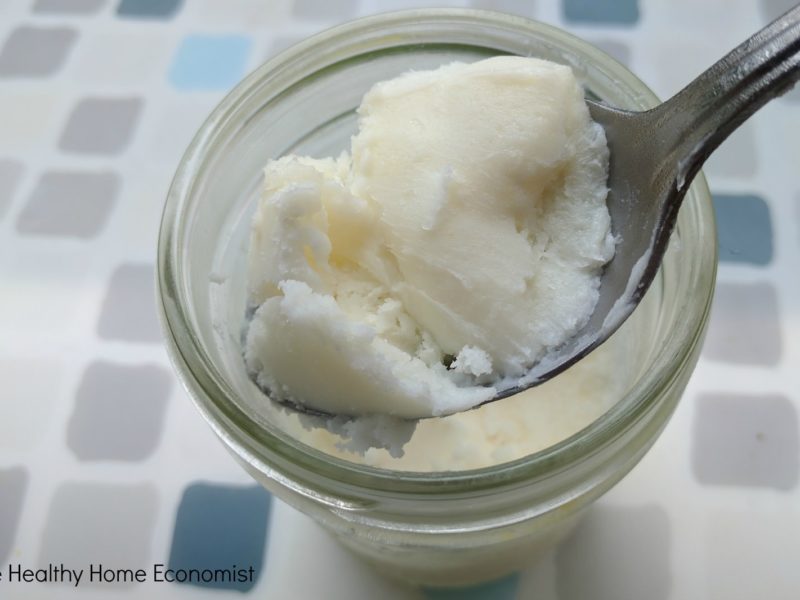 Archaeological evidence indicates that pigs were one of humanity’s earliest domesticated animals. Few livestock became as widespread and prolific under its influence. This ancient trend continues today with pork comprising nearly 40% of the world’s current meat production. In addition to the meat, lard (along with butter) formed the lipid backbone of European cuisine from castle to corner store for much of its post-Roman history.

However, butter was historically more limited in consumption than lard. It was only available in lands that could support animals which could be milked. Its seasonality made it highly prized and celebrated. Large chunks of bog butter thousands of years old are regularly unearthed in Europe. Such shocking findings show the great lengths to which ancient societies revered and attempted to preserve it.

But lard was different.

Much of the ancient world enjoyed this nutrient-rich fat since farmers can raise pigs in almost any climate and circumstance on almost any foodstuffs. Rendering lard is an easy process and the resultant fat lasts for years if made properly. This sets it apart from the more fragile butter.

The only places traditional cultures did not widely consume pork and lard were places where the dominant religions restricted or banned its consumption. Widespread restrictions in India against beef and tallow are similar, where cows are sacred. Another reason is due to human migration patterns where pigs were not introduced. Such places are few and far between from a global perspective.

Even if pigs couldn’t be domesticated easily in some areas, colonists, adventurers, and others often released pigs into new regions as they made their way around the world. The pigs themselves showed ample desire and ability to spread to new areas whenever possible.

Thus, few animals are as far-flung as the humble pig. From islands across the Pacific and Atlantic to six of the seven continents, the pig is the animal par excellence at adaptation and multiplication in new environments. As a result, cuisines and diets across the entire ancient and modern worlds include pork and lard.

But not all pork and lard are the same, and nutritionally they are certainly not at all equal.

Not All Lard is Created Equal

When purchasing lard, there are a number of options, and these alternatives matter a great deal. Some are extremely important for you and your family’s health. Others will determine how to best utilize it in the kitchen.

Let’s take a look at what you want to know about the pigs and the products that come from them.

Conventional pigs are a NO GO, making me cry, “Oh lard!”

Raised on a diet of GM corn and soy (and sometimes peanuts), along with other low-quality calorie sources, tainted with high amounts of glyphosate residue (Roundup), antibiotic laced feed, deworming drugs, and who knows what else, conventional pork is scary stuff! Smart consumers avoid it.

The pigs also live in high stress, downright hellish environments. These places appear to be the perfect home for antibiotic-resistant bacteria to thrive. (1, 2)

Sadly, the unnatural living conditions and stress cause them to harm one another. This forces further abuses such as tail docking and other cruel practices. Such methods are are the norm rather than the exception in conventional pork production.

Not to mention, who wants to spend their food dollars with companies that treat animals so poorly?

Not surprisingly, the nutritional profile of the meat and fat from conventional pigs is poor. Tests from the Weston A. Price Foundation discovered that lard from pastured pigs contained 10,000 IU of vitamin D per tablespoon. This is close to the levels in fish roe! What’s more, this nutrient level is hundreds of times the amount in the USDA food database, which is based on conventionally raised hogs.

Pigs raised on pasture have 300 percent more vitamin E and 74 percent more selenium (a vital antioxidant) in their milk than pigs raised in confinement, according to Don C. Mahan Professor of Animal Sciences at Ohio State University. This bounty of nutrients promotes healthier litters, shorter farrowing times, and good milk let down. Pastured pigs raised outdoors can also have more Vitamin D (read all about Vitamin D here, from the brilliant Chris Masterjohn) in the lard.

Loren Cordain cites three studies on his website for the following quote: “Because pigs are monogastric animals (single stomach), they have the ability to convert vegetable and plant 18 carbon fatty acids (ALA) to the 20 and 22 carbon fatty acids (EPA and DHA) which reduce inflammation, reduce cardiovascular disease and promote good health for us all when we eat pork. Free ranging pork contains higher concentrations of these beneficial fatty acids than are found in their feed lot produced counterparts.”Additionally, there are no unnecessary antibiotics or growth stimulators given to organic, pasture-raised pork. (3)

Pig Fat is where it’s At – Fatty Acid Profile

While the USDA food database gives a basic idea about pork fat’s fatty acid profile, it is wildly inaccurate in practice. In actual testing and studies, pork fat varies significantly based on the approach to raising and feeding the hogs. This variation is perhaps more than any other domesticated animal. (4, 5)

The differences between pastured and conventional pork are so great that some culinary traditions cannot even use CAFO raised hog meat in their creations. Some recipes only turn out right using certain breeds raised in specific places in a particular manner. Jamón ibérico (cured Iberian ham) is just one dish among many.

A great book covering this subject and the history of pork and cured meats made from it is Salted and Cured. You can catch my review of it in the Summer 2017 edition of Wise Traditions journal.

If you are getting good pork fat from local farms or real food businesses, there is little risk of ending up with a jar of highly processed, hydrogenated lard. However, food manufacturers typically hydrogenate lard to improve its stability at room temperature.

Here’s the kicker. Food manufacturers are permitted to put ZERO next to the trans fat on the label as long as the food contains .5 grams or less of trans fat per serving.

The list of ailments associated with factory-produced trans fats are many:

Even if your lard source is nonhydrogenated, that doesn’t mean it is unprocessed.

Lard is also often treated with bleaching and deodorizing agents, emulsifiers, and preservatives such as Butylated hydroxytoluene (BHT). These treatments make it more consistent in texture and prevent spoilage.

Why do food manufacturers do this? Profits and shelf stability of course! Processed lard does not need refrigeration to prevent rancidity.

None of the above is what we want with our lard. Traditionally rendered and properly stored lard can still avoid spoilage for extended periods of time with simple refrigeration. No toxic industrial processing is necessary!

The final difference worth mentioning is the two major types of lard – leaf and regular.

Leaf lard is the most highly prized, and pricey, lard. It comes from the “flare” or visceral (soft) fat around the kidneys and loin. Incidentally, this is the superior fat mentioned in the Old Testament as an offering. The fat from this area is almost tasteless and has a different fatty acid profile than the rest of the fat on the hog.

Traditional bakers will pay a pretty penny for leaf lard. The flaky, moist pie crusts and other such creations made with leaf lard are far superior to the same dish made with other fats. Some creative bakers blend lard and butter to marry these two superfats into a single amazing dish.

Wondering where to find a reputable source? Quality pastured leaf lard and pure lard are available at a budget-friendly price online.

One important warning; do not assume local pork, even from a “pastured” pork farmer is any better than conventional. If you are going to pay a premium price, make sure it is truly a premium product. And, if the price appears too good to be true, it probably is.

First, realize most local pig farmers are feeding the same GMO corn, soy, and other low-quality feed to their animals as their CAFO neighbors. Their pigs may be outdoors and enjoy a better lifestyle overall, but they are still subject to dewormers, antibiotics, and other chemicals. The bottom line? Many locally raised pigs are getting limited food intake outside of standard GMO feeds.

Second, don’t assume that the farm uses supplemental food that is actually good for the pigs (or you). On Facebook, I follow several large pig raising groups. I am constantly amazed at what farmers are feeding their pigs! Some make wise decisions, feeding them organic or similar quality expired dairy and other such leftover feedstuffs. Others are feeding expired GMO-laden processed foods from bakeries, dairies, restaurants, potato chip makers, and the like.

Some farmers feed their pigs almost anything to save on feed costs!

A local farmer once wanted to sell us pigs raised primarily on conventional restaurant slop. What was in this stuff? Conventionally raised expired meats, GMOs, heavily processed and rancid, low-quality oils, processed and refined flours, and sugars. Just about everything you and I don’t want to eat made up the backbone of the pigs’ diet! On a side note, compost from Chinese restaurant waste kills plants within 12 hours! Yes, it’s that bad.

Given how pig meat and fat nutrition are directly related to what the animals eat and how they are raised, this is troubling, to say the least.

Pigs are ideal in this traditional role of “cleanup crew”. On our farm, the pigs receive a wide variety of supplemental, non-grain based feed. We carefully vet every organic input, from the juice bar leftovers to the expired dairy products and day-old artisanal bread. We make sure our pigs eat well because we eat the pigs! Happy, properly fed animals make for highly nutritious meat, fat, and bones for making pork broth.

How to Make Lard

If you would like to try your hand at making lard, it is quite easy. Be aware that the process is also a bit time-consuming. If you are getting half of a pig or similar from a local farmer, you often get the pig fat (lard) included in the price. Many pastured farms offer unrendered pig fat at a very low price too. This is the case even if you don’t want to buy the meat. This article plus video on how to render lard provides the written recipe plus visual process.

Don’t forget the cracklings! One of the benefits of making lard yourself is you get two yummy foods from one adventure – lard and cracklings! Pork cracklings are wonderful atop a salad or as a crunchy snack treat. The article plus video linked in the paragraph above includes this process as well.

Think You Have Fresh Eggs? Here’s How to Tell

Butter Oil vs Ghee. Is One Better than the Other?