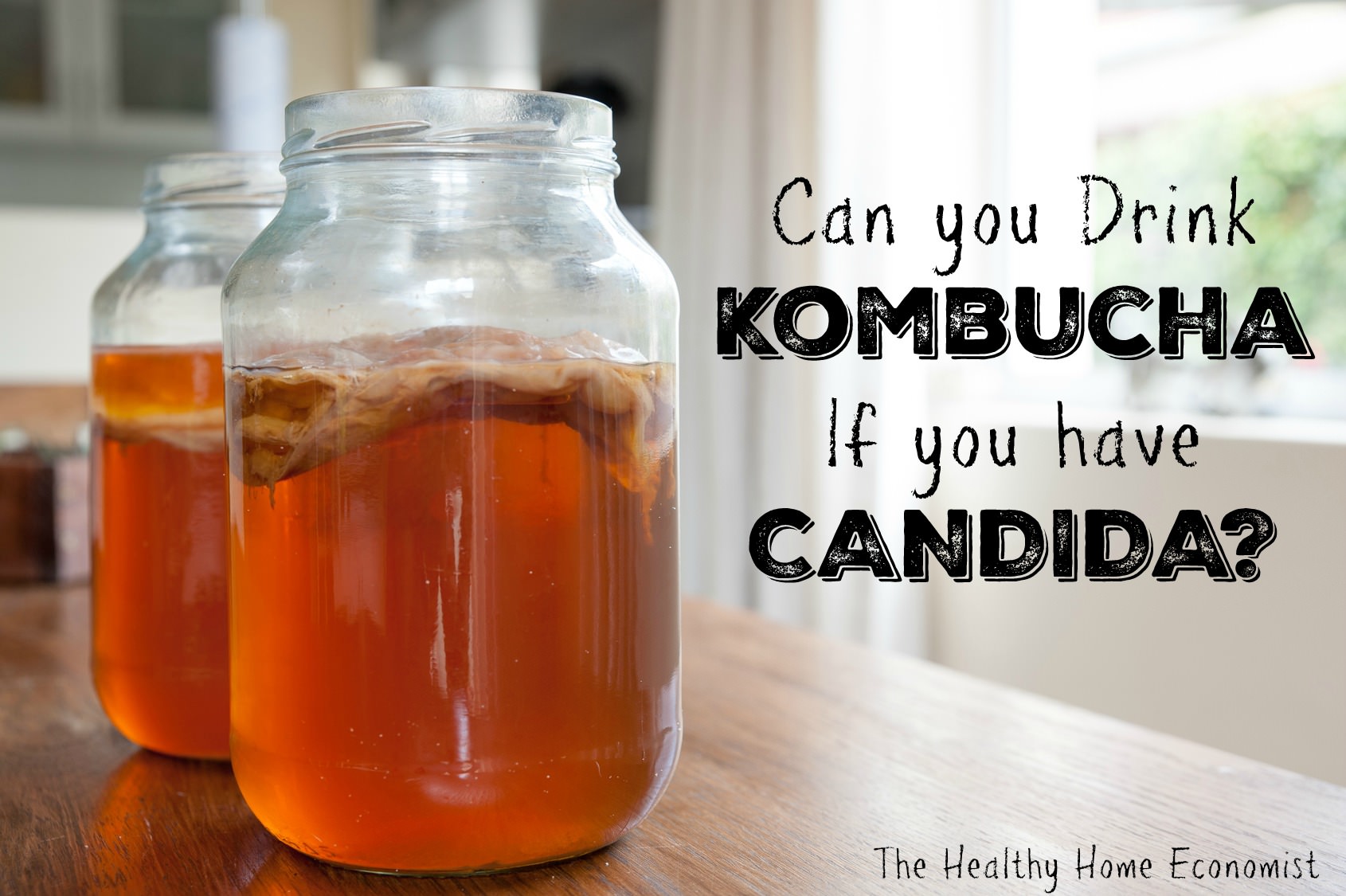 I’ve been asked more than once recently if kombucha is beneficial for those who are battling candida overgrowth. There is evidently a school of thought making the rounds that candida sufferers best avoid this healthful, traditionally fermented beverage.

Is avoidance truly a good course of action? Or, can this probiotic rich beverage actually help gut healing?

What Exactly Is Kombucha?

For those of you new to this delicious beverage, kombucha is a traditional Russian drink that is made from fermenting plain black tea (or a combination of black and green tea) and sugar. It has been consumed for hundreds of years and, through extensive testing in Russia, proven to be an effective overall detoxifier through the binding of the organic acids to toxins present in the body.  Once tightly bound to the organic acids, the toxins are then rushed to the kidneys for excretion.

Russian communities that drink a lot of kombucha do not suffer from cancer at the high rates that plague folks who live near that country’s toxin spewing factories — even when the local flora and fauna are dying! During the years of the Iron Curtain, the Soviet Union used kombucha as one of its secret weapons in the training of its Olympic athletes — the athletes would drink up to 1 quart of kombucha per day while training to prevent lactic acid from accumulating in the muscles (lactic acid =  sore muscles).   So, athletes drinking this brew would be able to train harder and longer than athletes who did not drink kombucha.

The popularity of kombucha in North America has been steadily growing for the past 15 years or so.  I’ve been brewing kombucha in our home for over 11 years now and it has proved to be an integral part of our family’s overall wellness strategy.

Do Kombucha and Candida Mix?

We’ve established that kombucha is a healthy, traditional beverage. But, what if a person has candida overgrowth? Will the fact that kombucha contains beneficial yeasts as well as bacteria in the final brew aggravate the situation?

The key is that kombucha contains beneficial yeasts, not pathogenic ones like candida.

Therefore, when someone with candida starts drinking kombucha for the first time, there may indeed be a flare up of symptoms that may confuse the person into thinking that the kombucha is actually making the problem worse.

In fact, this flare up of candida symptoms is more than likely only temporary as the beneficial yeasts and probiotics in this traditional fermented drink begin to rebalance the gut environment.

Rebalancing of the gut environment involves die off of possibly large amounts of pathogens which causes symptoms to flare up temporarily.

This short term aggravation of symptoms is sometimes referred to as “a healing crisis” and is necessary if improvement in the gut environment is to occur over the long term.   A healing crisis can occur not only with kombucha, but with other fermented beverages such as kefir or even yogurt.

A friend of mine noticed when she started drinking kefir awhile back that her eczema flared up.  I told her to keep on with it and it would eventually go away on its own as the die of symptoms from the aggressive probiotics in the kefir lessened.   Sure enough, her eczema went away and her overall health improved considerably from the introduction of raw kefir into her diet.

Even though kombucha can be enjoyed by candida sufferers, it is certainly possible for some folks to not react well to kombucha regardless of whether they suffer from gut imbalance or not.  There is no food or drink even if traditional and nourishing that works well for absolutely everyone.

On a personal note, my husband and I both used to suffer from candida overgrowth years ago prior to our introduction to Traditional Foods and kombucha in particular.   We have found over the years that drinking kombucha on a daily basis does in fact help considerably in keeping the problem at bay by working to maintain a balanced gut environment.

So drink up and enjoy your kombucha even if candida is something you are working to resolve at the moment.   Just be aware that you may get worse before you ultimately get better.

Watch Out for Commercial Kombucha!

Please note that the kombucha that is safe to drink if you have candida is only plain kombucha ideally brewed yourself. Watch out for commercial kombucha, however!

Store kombucha consumption presents a very real candida flare-up risk. Many if not most commercial brands are loaded with sugar. Definitely avoid them if you have candida issues.

Want to know more about kombucha and candida?  These articles provide more detail for your research.