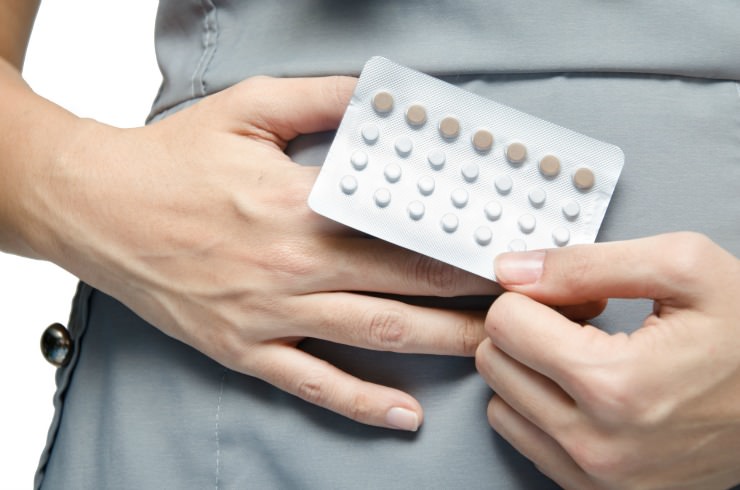 Since the introduction of oral contraceptives in the early 1960s, the use of The Pill, as it is generally known, has soared to approximately 7 in 10 women of childbearing age.  Among young women ages 18-24, oral contraceptives use is especially high, reaching two-thirds in 2008. It seems most women have no knowledge of natural birth control options whatsoever!

The widespread use of The Pill is a troubling issue because oral contraceptives devastate beneficial bacterial flora in the gut leaving it vulnerable to colonization and dominance from pathogenic strains such as Candida albicans, Streptococci, and Staphylococci among others.

By the time a woman who has used birth control pills is ready to have children, a severe case of intractable gut dysbiosis has more than likely taken hold.

Most people think that only the use of drugs such as antibiotics causes gut imbalances, but this is simply not true.

According, to Dr. Natasha Campbell-McBride MD, many other drugs such as the Pill also cause severe gut dysbiosis. What’s worse, a drug-induced gut imbalance is especially resistant to treatment either with probiotics or diet change.

What does this mean for your future child’s health?   A lot, as it turns out!

The Pill and Nutritional Deficiencies

First of all, gut imbalance brought on through the use of The Pill negatively impacts the ability to digest food and absorb nutrients. As a result, even if a woman eats spectacularly well during pregnancy, she can experience nutritional deficiencies. If she has been taking oral contraceptives for a long period of time, it is highly likely that she and her baby are not reaping the full benefits of the healthy food she is eating. The lack of beneficial flora in her gut prevents this from occurring.

In addition, beneficial bacteria actively synthesize nutrients. These include vitamin K1, pantothenic acid, folate (NOT synthetic folic acid), thiamin (B1), cyanocobalamin (B12), amino acids and others. In an imbalanced gut, a woman is missing out on the “natural supplementation” that these good strains provide to her and her growing baby.

Not well known is the fact that using the Pill depletes zinc in the body. Zinc is called “the intelligence mineral” as it is intimately involved in mental development.

As a result, it is very important for women who have been using the Pill for any length of time to wait at least 6 months before becoming pregnant to ensure that zinc levels return to normal. Low zinc is associated with lowered IQ and birth defects. If you are concerned that your levels might be low, try this easy at-home zinc deficiency test to give you peace of mind.

It really is quite disturbing to fully realize the very real potential that the use of The Pill has to trigger nutritional deficiencies!

Pathogenic, opportunistic flora that takes hold in the gut when The Pill is used constantly produce toxic substances. They are the by-products of their metabolism. These toxins leak into the woman’s bloodstream and guess what, they have the potential to cross the placenta! Therefore, gut dysbiosis exposes the fetus to toxins even if the woman never eats anything but organic foods and lives in an environment with no pollutants whatsoever.

Indeed, an imbalanced gut has the potential to expose a woman and her baby to just as many or even more toxins than her environment through self-poisoning!

Anemia during pregnancy is especially dangerous.  Not only can it deprive the fetus of oxygen (iron helps build red blood cells and red blood cells carry oxygen), but it is linked to low birth weight and pre-term birth and the many long term health and associated developmental problems.

Can iron supplements during pregnancy combat this problem?

In a word, no! How many women do you know who consistently battle low iron during pregnancy despite consuming iron supplements and eating iron-rich foods? I personally know many such cases.

The reason is that the more iron a patient with gut dysbiosis consumes in either food or supplement form, the stronger these pathogenic, iron loving strains become!  The extra iron “feeds” them, so to speak, much the same as sugar feeds Candida albicans.  The cure for gut dysbiotic anemia is to heal and seal the gut, not take iron supplements!

A human baby is born with a sterile gut. This means that there is no bacterial activity in a fetus’ digestive system prior to birth.  The vast majority of gut flora that a child eventually develops is inherited from Mom. This occurs via the baby swallowing microbes both good and bad during vaginal birth. If Mom has a gut imbalance, it will be the same situation in her vagina. Hence, her children’s intestines will be seeded with the same microbes during delivery. Babies born via Cesarean section are at risk for even more unbalanced gut flora.

Children with imbalanced gut flora are particularly predisposed to autoimmune disorders in the form of allergies, asthma, and eczema.  In more severe cases of gut dysbiosis, learning disabilities manifest such as ADHD, ADD, autism, dyslexia, dyspraxia, and others.  Of course, there is sometimes an environmental “trigger” which instigates these disorders. But, it is crucial to keep in mind that gut dysbiosis is the primary underlying cause.

When considering whether or not to take oral contraceptives, women rarely if ever consider the long term implications to themselves let alone their children.  This is no surprise given that doctors rarely if ever mention this sort of thing when prescribing antibiotics let alone The Pill to their patients!

Therefore, it is vital that women be fully informed of the potentially devastating consequences to their health and that of their children from birth control pills. Even their grandchildren may be affected according to preliminary research. This full disclosure is critical and the most ethical course of action for prescribing physicians.

170 Scientific Studies Confirm the Dangers of Soy
Why Even Organic Soy Formula is so Dangerous for Babies
The Dangers of Estrogenic Foods, Herbs, and Drugs