Healthy Home Economist / Archives / Sweeteners / What is Allulose? Is it Truly a “Keto Sugar”?

Allulose is an alternative sweetener that tastes like white sugar and does not affect blood sugar or insulin. What you need to know to determine if it is a good choice for your family. 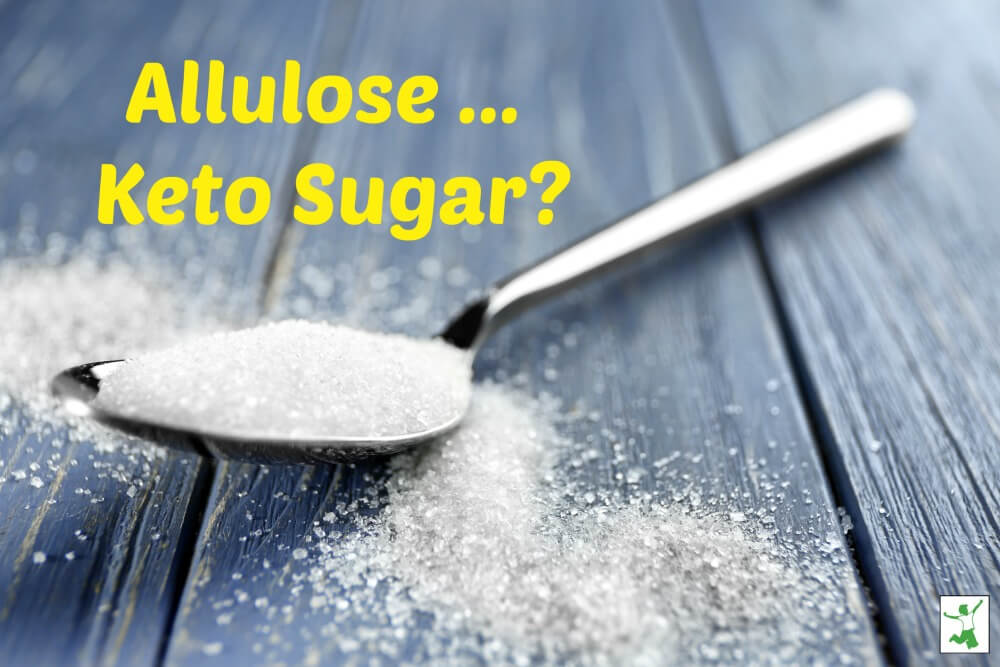 Allulose is one of the newest in a slew of alternative sweeteners flooding the market.

And, even if you don’t plan to use it in your home, listen up!

You’re going to need to know about it anyway!

Allulose is what’s known as a “rare sugar”. This is because only a few foods like corn, wheat, figs, and raisins contain it.

The good news is that allulose is a monosaccharide. This single sugar molecular status means that it is legal for those on the gut healing GAPS diet because it is technically in the same category as honey and fruit.

Here are five fast facts about allulose that tells you everything you need to know:

What does #5 above remind you of?

To me, it sounds similar to the marketing tagline used to hasten the acceptance of the sugar substitute sucralose into the marketplace.

Not so coincidental in fact!

Tate & Lyle is the same refined sugar giant that brought us Splenda®, the best-known brand name of sucralose. Incidentally, the peer-reviewed journal Frontiers in Microbiology published an ominous study in 2019 raising concerns about the use of sucralose during pregnancy and breastfeeding along with the alternative sweetener acesulfame K. (1)

Not such a hard question, right?

Of course, it is CORN, one of the cheapest, most highly subsidized crops in the world!

The process of making allulose is quite simple in fact.

Extract the d-fructose from corn (90+% chance it’s genetically modified Round-up Ready too), and then treat the fructose with an enzyme that rearranges the molecular structure into d-psicose, otherwise known as allulose. (2)

The official FDA answer to this question is yes, allulose is a safe sweetener. In fact, the FDA has granted allulose coveted GRAS status (Generally Recognized as Safe). (3)

The truth is that the science is far from settled! Research to date consists of animal studies on rats and mice only. No high quality, placebo-controlled studies on large numbers of people exist at the present time.

Thus, whether you accept the FDA’s assessment at face value will probably depend on how you feel about GMOs in general.

If you are concerned about the growing number of multi-million dollar judgments against Roundup and its manufacturer Bayer (the company that merged with/bought out Monsanto), then you probably will take pains to avoid allulose since it is primarily made from glyphosate drenched GMO corn.

If you think GMOs are just fine and dandy, destined to feed the world, and that people who avoid them are science deniers, then you won’t mind chowing down on foods that contain it.

Do you fall into the skeptical camp when it comes to allulose given that there are no high-quality studies about its effect on human health and the poor track record of alternative sweeteners in general? (4)

If so, then listen up!

Not only has the FDA granted allulose GRAS status, but it has even allowed manufacturers to leave it completely off the “Total” and “Added Sugars” section of the nutritional label!

This means that you will need to read labels very, very carefully if you want to avoid this sweetener!

At first glance, a food may look like it has little to no sugar in it, but perusing the ingredients may tell a very different story if allulose appears somewhere in the ingredients.

Since the word “allulose” doesn’t even sound like a sweetener, so much the sneakier. It sounds more like the common food ingredient “cellulose”, a fiber found in green vegetables.

This is the very first time the FDA has approved a sugar to NOT be included as part of the total or added sugars categories on food labels.

The shocking decision came in response to a petition made from allulose manufacturer Tate & Lyle to the FDA.

Breakfast cereal subscription start-up Magic Spoon, which markets its products as “perfect for anyone on a ketogenic or low carb diet” is slated to be the first product to contain phantom sugar allulose. (5)

It sure won’t be the last given that allulose is being marketed with the oxymoronic catchphrase “keto sugar”.

With the first unlabeled caloric sweetener now approved, food manufacturers will no doubt be falling all over themselves to sign a deal with Tate & Lyle to include allulose in their products.

That’s the endgame after all, right?

A sweet deal for food manufacturers that’s sure to leave a sour taste in the mouths of consumers.