Healthy Home Economist / Archives / Weight Loss / Killing it with Keto? (be sure to do these 3 things!) 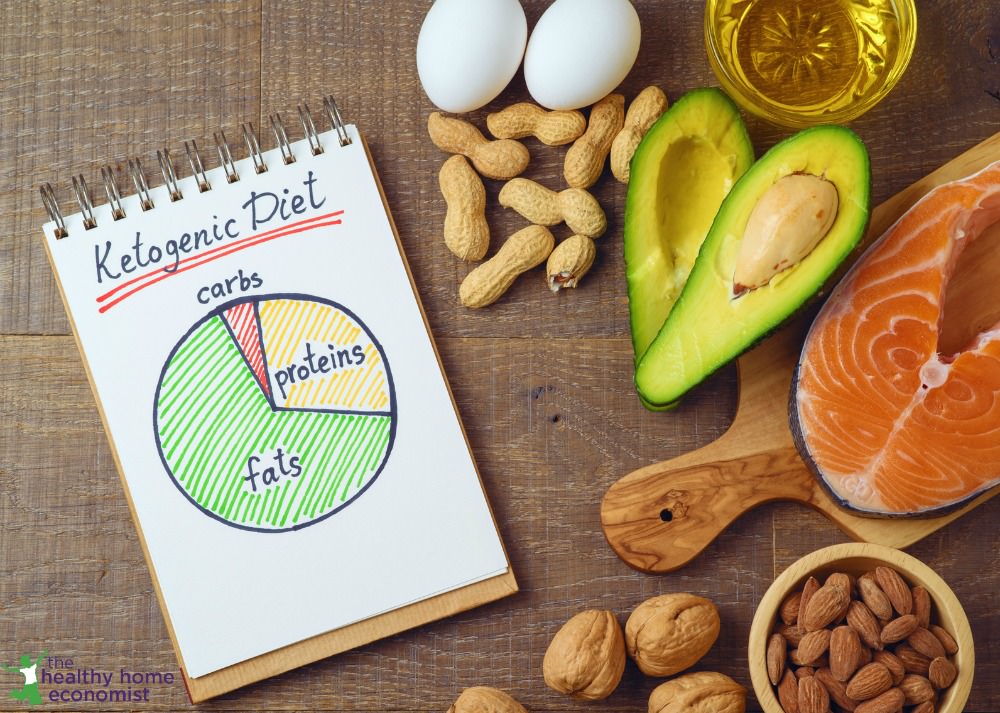 While not the newest weight loss plan on the block, the Keto Diet has seen a surge of renewed interest over the past few years. Part of this interest results from its close relation to the Paleo and Primal food philosophies. But, the excitement is also driven by the immense success of many of its followers.

How immense? Among my social media friends, at least three lost 20-30% of their body weight following a keto diet food list. At the same time, most every other measure of their overall health improved over the same period. These markers include blood pressure, insulin, cholesterol, and the like. Very impressive indeed!

In a nation with large numbers of people struggling with excess weight, such good public success stories will win over many converts. Is the excitement warranted, however? Lets take a look at keto, what it is, what it does, and what we should learn, both good and bad, from it.

What is the Keto Diet?

The first thing to realize is that a ketogenic diet is more than just another “high fat low carb” diet. It is also far more than an Atkins diet rerun.

Instead, it is a diet with a specific goal – moving the body into a state of “ketosis.” Robb Wolf is probably one of the most well known current proponents of keto, so we will look at how he describes it.

When fasting we deplete liver glycogen (a stored carbohydrate) and the body tends to shift into a state of ketosis. In this state ketone bodies (produced from fat) are used in place of glucose for most energy needs, but in particular by the brain. Your brain can shift nearly ⅔ of its normal glucose dependent metabolism to one fueled by ketones which provide a much more stable energy source. (1)

In essence then, ketosis is burning fat for a primary energy source instead of glucose (carbs). Or, as Nora Gedgaudas, author of Primal Body, Primal Mind suggests, it is like the difference between the slow, steady burn of logs on a fire (burning fat for energy – ketosis) versus the short, hot burn of kindling (burning carbs for energy).

Wolf goes on to state that the most important aspect of a ketogenic diet is carbohydrate restriction. And by restriction, I mean restriction. Only 20-30 grams of effective carbohydrates per day are allowed, ideally composed of low glycemic, nutrient dense vegetables. By comparison, a typical low carb diet will allow many more times this amount with 80-100 grams per day acceptable.

Getting adequate protein is very important followed by fats based on individual needs and goals.

Incidentally, the history of keto is a rather fascinating story. If you want to read about it, I recommend this three part series.

It is important to note, many people are combining keto with intermittent fasting or similar approaches to time restricted eating. Cumulatively, this plan is responsible for my friends’ spectacular results mentioned earlier.

A great deal of historical and clinical support this two-pronged approach, but it isn’t unique to keto. Many other diets suggest incorporating fasting, as food restriction is a well known, studied, and highly traditional health promoting technique.

Note that keto does not involve any sort of restriction of total calorie consumption. Some people actually consume more calories in ketosis than previously! Instead, they are eating the same or more calories in a smaller window of time. This gives the body longer periods of rest and recovery between meals.

Keto is one diet that has received some both clinical study and real world research. Diabetes is one of the main areas it has shown significant promise, along with metabolic syndrome and similar disorders and issues. Many people herald its ability to shrink belly fat very quickly.

It is better for weight loss than many other popular diets, such as the Mediterranean or the top ranked Dash Diet.

Research demonstrates its effectiveness at reducing seizures in children. The results sometimes equal the effect of medications without all the unwanted and sometimes dangerous side effects! (2)

Keto also has good research demonstrating benefits for diabetics. The Journal of Nutrition and Metabolism reports that participants who followed a ketogenic diet for 24 weeks experienced greater improvements in glycemic control and medication reduction compared to those who followed a low-glycemic diet. (3)

A more recent study found that following a ketogenic diet can lead to more significant improvements in blood sugar control, weight loss, and discontinued insulin requirements than other diets.” (4)

A third study confirmed the same. Keto produces better weight loss and blood sugar control results than a conventional lowfat diet over a period of 32 weeks. (5)

Especially for certain types of athletes – like mountain climbers – the diet has both clinical and real world results to support its benefits for reprogramming metabolism. (6)

Need more proof? You can check out a lengthy list of studies on Keto here.

Not everything is rosy for ketogenic style diets. Some studies raise concerns, including the risk of developing ketoacidosis and diabetic ketoacidosis (DKA), which is a build-up of acids in the blood. Such a condition can occur when the body transitions to burning fat for energy instead of carbs. This physiological state creates acids called ketones. If the process continues for awhile and the acids build up in the blood, a chemical imbalance can develop. In some cases, it can be life threatening.

Other studies and even proponents have pointed to issues with getting sufficient dietary calcium.

Another concern is specific to women. While keto can be an effective way to lose “baby weight”, those who are currently pregnant or breastfeeding should not follow a ketogenic diet. Such a protocol can be dangerous unless under the advice of a physician who is closely monitoring the situation. In particular, breastfeeding requires a healthy amount of carbs on a daily basis to produce adequate milk supply. Traditional cultures routinely used soaked gruels for this purpose.

Many people lump keto and paleo or primal together, and while similar, they do have a few key differences. First, paleo diets may include far more carbs and in general will not result in putting someone into consistent ketosis.

Keto is more carb restricted and higher in fat than most approaches to Paleo, which comes in many flavors and sizes (as does keto). In some ways, keto resembles a slightly more restrictive Paleo diet, both in terms of carbs and thus also in terms of food options.

The 21 day Bone Broth Diet is a type of keto diet that achieves ketosis for a short period of time in order to drop 10-15 pounds quickly. This 3 week period is followed by a more Paleo style diet for maintenance afterward.

Many of the items missing from a keto diet food list are excluded not because they are not Paleo, but because they are not low enough in carbs. A lot of no-no’s on Paleo are high in carbohydrates – grains, sugars, and the like. So the two approaches arrive at somewhat similar menu plans, but for different reasons.

While some people apply an organic, traditional foods approach on keto, many don’t. In addition, only some proponents of a ketogenic diet emphasis the importance of proper sourcing and clean foods. Hence, those who follow the diet sometimes follow this advice and sometimes don’t.

The lack of emphasis on traditional, whole foods raised and/or grown in a nontoxic sustainable manner for many keto adherents raises concerns about the potential exposure, especially eating large amounts of fat, to the toxins that accumulate in such poorly raised meats and fats.

Also, many keto people over do it bigtime on the crucifer family, since it is one of the lowest carb vegetable groups. This family of vegetables includes broccoli, cauliflower kale, cabbage and others. Consuming large amounts of these vegetables has many, many risks, especially when turned into a multi-serving a week or daily dietary staple. Chris Masterjohn PhD points out that vegetables in the cruciferous family contain compounds that inhibit update of iodine into the thyroid gland. This makes it harder for the body to make thyroid hormone. (7)

In sum, if you go keto, you need to make sure you are getting sufficient iodine. Also watch out for any signs of thyroid disruption and other issues caused by increasing your consumption of crucifers. If you already have thyroid disease, it might be best to skip those veggies entirely. Certainly, a consult with your functional practitioner would be wise before diving into keto in this situation.

Ketogenic Diet for the Long Term?

Most people on keto eventually transition back to a more balanced diet, once their weight and health issues are improved. The best way to enjoy the full benefits of keto is to consider the following before diving in.

In my view, keto isn’t a “good or bad” diet. While it is true that some people because of health conditions may need to embrace such an approach to eating for their entire life, most do not.

Keto is thus a tool that helps some people navigate the ravages and ills unleashed through the modern age of industrial, refined foods and modern living. As such, we should appreciate, even if we disagree with some aspect of it, the good such diets do and the help and hope they offer to people whose only other options are the dice roll of modern medical interventions and pharmaceuticals.

Have you tried keto? What was your experience? What else would you want people to know about it?