You are here: Home / Natural Remedies / How to Make and Use Yarrow Tincture as Herbal Bug Repellent (stronger than DEET) 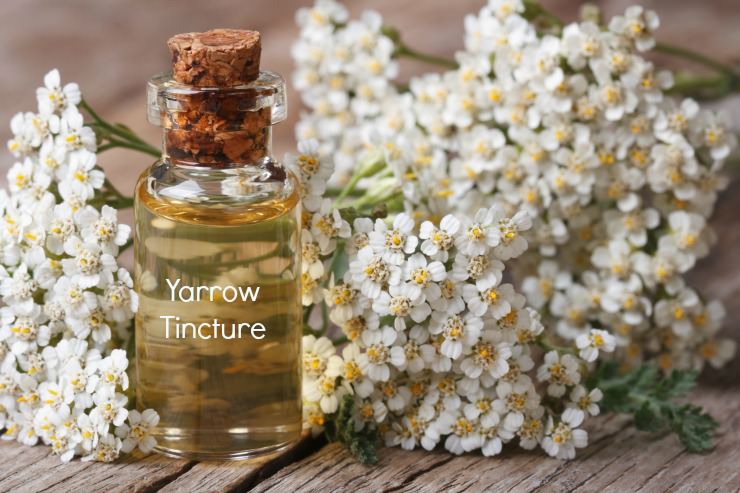 My family recently spent the day at the Blizzard Beach waterpark at Disney World. Although we had a great time (I highly recommend Blizzard Beach over Typhoon Lagoon, by the way), the shady spot we chose to leave our towels and cooler seemed to be attractive for a few horseflies as well. I really wished I’d brought along a small spray bottle of yarrow as my Plan B.

The annoying appearance of these horseflies was surprising to me as Disney World is nothing short of incredible at keeping insects of all kinds away from areas where guests congregate. We’ve never had to use any sort of insect repellent anywhere on the enormous Disney World property in all the years we’ve visited, even for nighttime activities at the woodsy campground.

My husband and I have speculated for a long time on how this is accomplished so effectively because Florida is definitely in the running for insect capital of the world. Given that Disney World was basically constructed on a swamp, this makes the feat even more impressive. No doubt a chemical cocktail of immense proportions is used, but it isn’t near where the people hang out, as I’ve never even smelled the residue of spraying, and I have a pretty good nose for those sorts of things.

For whatever reason, however, this one spot where we were at Blizzard Beach seemed to elude the Disney World bug eradication police. Horsefly bites are extremely painful in my experience, and if you wish to avoid the very effective, but highly neurotoxic effects of insect repellents made with DEET to keep them at bay, I highly recommend an easy homemade tincture of yarrow.

Note that crushing yarrow leaves and stems and rubbing them on yourself does not really work very well (neither does citronella, by the way). The yarrow potency needs to be concentrated via tincture.

Herbalist extraordinaire Susun Weed of the Wise Woman Herbal series of books says that the United States Army studied yarrow and found a tincture of this herb outperforms DEET in repelling ticks and mosquitoes.

One thing is for sure: avoiding the use of DEET containing insect repellents on yourself and your children no matter what is a wise parenting decision.

This stuff is so highly toxic – possibly worse than even spraying neighborhoods for mosquitoes.  It isn’t worth it to ever use it in my opinion.

It has been known to cause seizures in young children even at low potency. In addition, a review of the scientific literature turns up 17 cases of DEET-induced toxic encephalopathy in children (1).

How Often Yarrow Should be Used to Repel Insects

The one drawback is that yarrow tincture does not remain effective as long as DEET. So, it needs to be reapplied often. I was unable to find a source for this study, so you will have to try it and see if you agree.

Ms. Weed suggests spraying yourself with yarrow tincture every 20-30 minutes if the insects are heavy. If not, every couple of hours should be sufficient. Yarrow works for repelling horseflies and other insects that are bothering your horse when you are riding too.

How to Make Yarrow Tincture

The best tinctures are made with freshly picked plants. Buying a commercially prepared tincture from the store made with dried plants is not as potent.

Fortunately, finding fresh yarrow (Achillea millefolium) is not that hard as it is a common plant that grows wild all around the world in temperate regions.  It has lovely, long-lasting flowers that may be white, yellow, red, or pink. Susun Weed suggests the white or pink yarrow varieties as the best ones to tincture. She recommends picking the flowers, flower buds, seeds, stalk, and leaves from the top third of the plant.

Preparing the yarrow tincture is performed as follows: 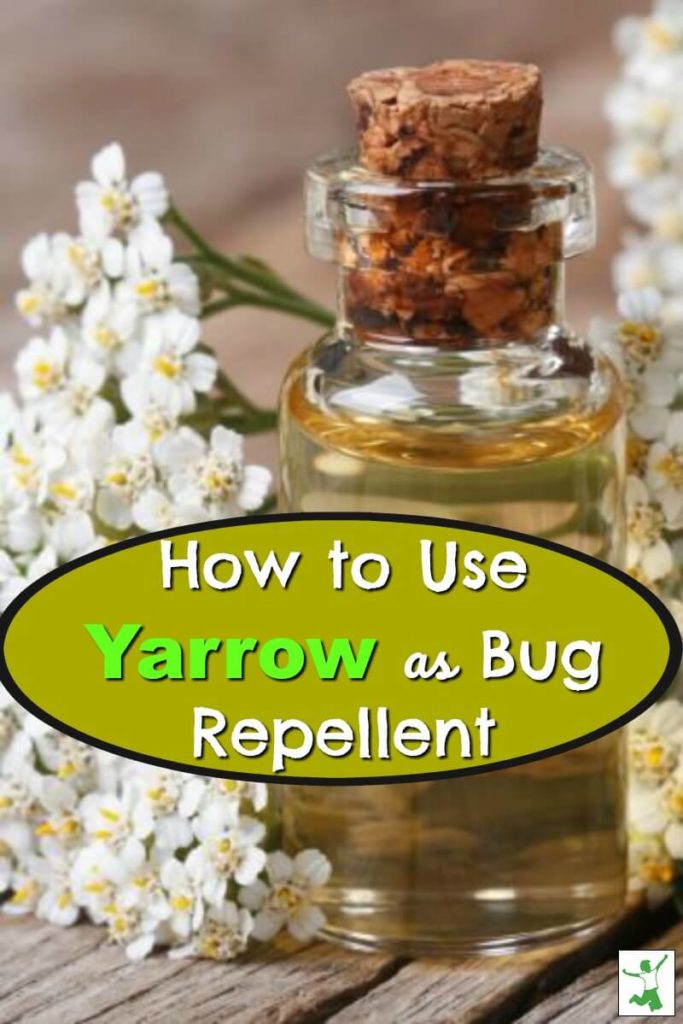 How to Use Dried Yarrow for a Tincture

If you absolutely cannot source fresh yarrow to make this insect repellent tincture, you can use dried yarrow. Just know that it will not be as potent and you will most likely have to respray yourself more often to achieve satisfactory results.

Note that powdered yarrow is not suitable for tincturing. You can only use the dried yarrow root, as the dried flowers, buds, stems, and leaves will not retain enough potency after drying.

Cap and label as described above.

Top up with more vodka over the next week as necessary.

Leave for 6 weeks and then strain it for use.

Note that a properly made yarrow tincture is appropriate as a broad spectrum insect repellent, but especially for mosquitoes, ticks, horse flies and deer flies.