The true and the false associated with citronella for landscaping which is considered an effective insect and mosquito repellent by many consumers. 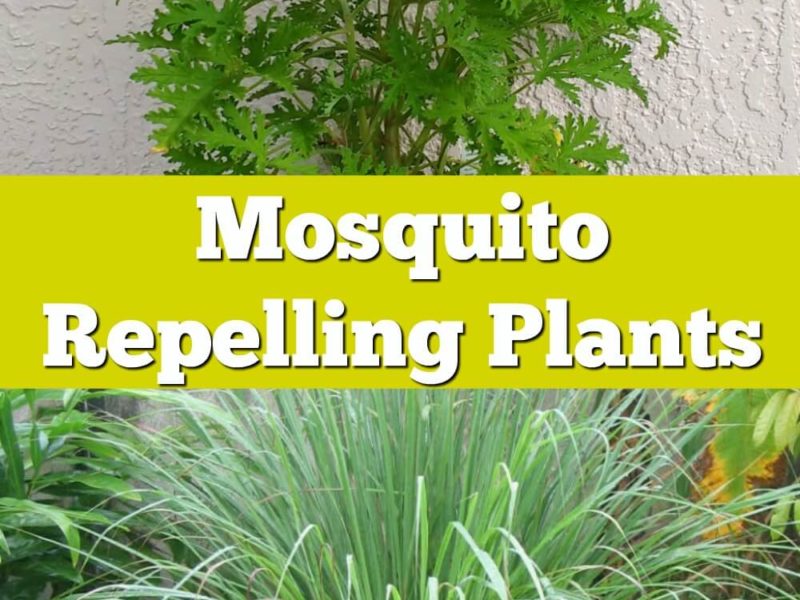 Citronella is the commonly used name for a group of familiar plants best known for insect repelling abilities similar to yarrow.

This herb has such a strong reputation for repelling mosquitoes in particular that a wide variety of products such as live plants, candles, wrist bands, sprays, and tiki torch oils sell like hotcakes to consumers trying to ward off mozzies naturally during warm summer months.

Concerns surrounding the Zika virus has made these products even more attractive. I live in the state of Florida where at least one case of Zika has been confirmed as of this writing. The governor declared a state of emergency regarding the situation. The predictable result is mosquito fogging around urban residential neighborhoods.

While repelling mosquitoes seems more important than ever, is citronella really an effective natural strategy for those seeking to avoid bites without the use of neurotoxic DEET and other pesticides?

You might be surprised at what I found out! Read until the end to see what we’ve found to be the most effective way to repel mosquitoes. It works even when there are significant amounts of standing water after a tropical storm or hurricane passes through!

The picture above shows a potted citronella plant about 2 feet tall that I currently have on my porch. It sits about 5 feet away from the seating area. It is easily smelled from that distance.

Marketed as a “mosquito plant” in the United States and Canada, this particular species has a distinctive appearance due to its medium green, lacy leaves. It is a member of the geranium family, Pelargonium citrosum (citrosa), producing attractive, pleasant smelling blooms in the summer that are pinkish white.

Citronella geranium (citrosa) is claimed to repel mosquitoes within a 10-foot radius due to a continuous fragrant release of oil. However, research has repeatedly failed to back up these claims.

The Journal of the Mosquito Control Association published a study in 1996 that claimed no significant difference between citrosa-treated and nontreated subjects (1).

In another study in the same journal, scientists assessed the citrosa “mosquito plant” as a wide area repellent against adult, host-seeking female mosquitoes. This included the two species Aedes albopictus and Culex quinquefasciatus. Researchers noted no significant differences in the number of mosquitoes landing on the forearms of human subjects in locations where plants were present compared with areas without plants (2). In fact, the mosquitoes were observed to land and rest on the citrosa leaves directly!

Perhaps the reason the mosquito plant fails to repel mozzies effectively whether you are sitting next to the plant or apply its oils directly is due to the incomplete composition of citronella oil present. Researchers found only about 10% citronellol and 35% geraniol (components of citronella essential oil). Interestingly, the essential oil components from the citronella (citrosa) mosquito plant were found to be 95% identical to commercial rose geranium (3).

Hence, if you decide to buy a citronella (mosquito) plant for your porch or patio, buy it because you like the look and fragrance of it. Don’t expect it to repel mosquitoes!

Will the Real Citronella Please Stand Up!

Before getting discouraged, please realize that there is another side to the citronella story!

There are two other plants that also go by the common name citronella which belong to the lemongrass family.

These perennial clumping grasses Cymbopogon nardus and Cymbopogon winterianus grow to an astonishing size of 6 feet tall and 6 feet wide (2 m). The base stems are magenta-colored while the leaves are long and pointy. 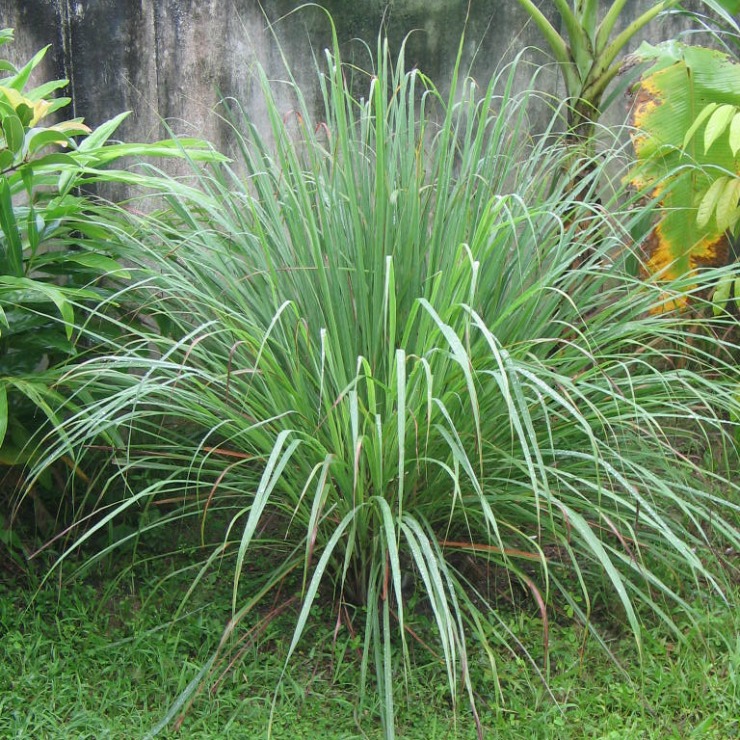 Citronella grass is a favorite to plant in home gardens. This primarily because it effectively wards off insects such as the destructive whitefly. Thus, it facilitates growing some vegetables without commercial pesticides.

But does it work for mosquitoes?

On the positive side, these two kinds of grass are the species used for the production of commercial citronella oil. Consumers are most familiar with it in the form of candles, soaps, and natural insect repellent sprays. Wrist bands and other products are also available. This oil is popular and widely used in aromatherapy as well.

Unfortunately, citronella grass in plant form, while effective for pest control when grown in home gardens, isn’t too helpful for repelling mosquitoes. When placed on your porch or patio, the amount of insect-repelling oils given off by the live plant is very small.

Citronella Oil as a Mosquito Repellent

While the plant itself is not effective for repelling mosquitoes, citronella oil is classified and registered by the Environmental Protection Agency (EPA) as a bio-pesticide. This means that it has an effective and yet non-toxic effect on the human body (5).

The National Pesticide Information Center describes oil of citronella as an effective repellent of insects. It works by masking scents that are attractive to insects. This characteristic makes it more difficult for insects to locate a target.

While citronella oil is classed as a natural insect repellent, research is conflicting as to the effectiveness of repelling mosquitoes.

In 2011, the journal Tropical Medicine & International Health published an analysis of 11 studies on the capabilities of citronella oil to repel mosquitoes. Researchers found that when combined with vanillin, the oil did indeed provide protection for up to three hours (6).

However, another study published in the Journal of the Mosquito Control Association reported poor efficacy. 3% citronella candles and 5% incense failed to protect subjects from bites from mosquitoes Aedes aegypti and albopictus. These species are the ones responsible for transmitting diseases such as dengue, chikungunya, Zika, and yellow fever.

Researchers conducted the study under field conditions in a wooded area in Guelph, Ontario. Eight identically dressed subjects were assigned to one of 8 positions on a grid within the study area. Scented candles, incense, unscented candles, or no candles (i.e., nontreated controls) were assigned to 2 positions on the grid each evening. Subjects conducted 5-min bite counts at each position and performed 16 biting counts per evening.

The good news? Subjects at positions with the scented candles and incense received significantly fewer bites than at nontreated locations. However, the overall reduction in bites provided by the citronella candles and incense was only 42.3 and 24.2%, respectively (7).

Perhaps the conflicting studies are why the EU has thus far prohibited the commercial use of this oil as an insect repellent under the Biocidal Product Directive 2006.

Does Citronella Work At All?

When I first started researching to write this article, I did not expect the topic to be so conflicting!

It seems that there are a number of myths associated with the use of citronella as a mosquito repellent. The biggest myth is with regard to the “mosquito plant” citrosa. This plant does not repel mosquitoes either in plant or oil form. Don’t be taken in by the false marketing, although it is lovely and smells wonderful if you want to use it for ornamental value only.

Two species within the lemongrass family have a better reputation. These citronella plants are widely recognized as effective for pest control in a home garden. They are also the source that manufacturers use to make commercial citronella oil.

While this oil is classed as a natural insect repellent by the EPA in the United States, it is not in the EU. Science is also conflicted on the subject. Some studies show protection from mosquitoes and others not so much.

Ultimately, it is up to you to determine if citronella provides value to your family. Personally, I have found natural insect repellents containing citronella oil to be only semi-effective for mosquito protection.

Ironically, the most effective mosquito repellent spray I’ve ever tried doesn’t contain citronella at all!

This 100% natural Canelle spray smells absolutely divine and is very effective. It is derived from fresh cinnamon. In fact, it works far better than anything else I’ve ever used, and living in Florida most of my life, I’ve pretty much tried them all! 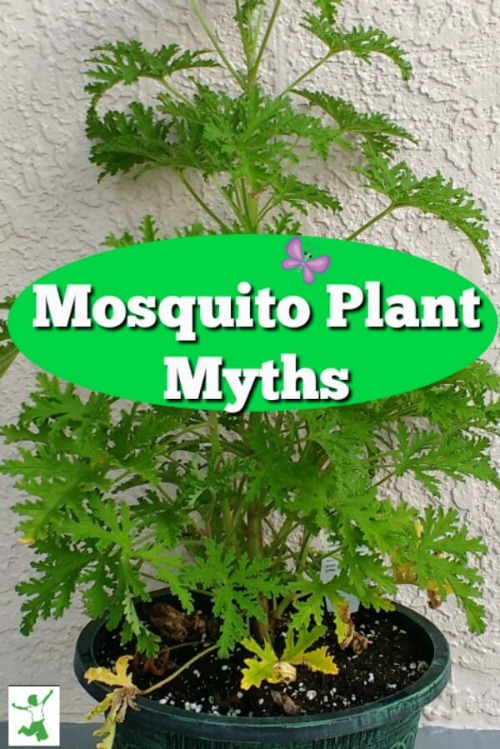 The Ultimate in Mosquito Repellents

If after reading this article, you’ve realized that the citronella you’ve landscaped with is not as effective in repelling mosquitoes as you thought, take heart. There are better ways to keep the mozzies away!

The most effective mosquito repellent we’ve come across over the years is the Dynotrap. It is a relatively new device and we use it near our porch and patio areas. We got it after Hurricane Irma came through in 2017 and there was a mosquito explosion in our community.

It works amazingly well for significantly reducing the mosquito population around your home. Even better, it is very quiet, operating without any buzzing or zapping noises. We can sit out year-round now any time of day or evening without even worrying about repelling mosquitoes! Why? Because there aren’t any!

If you do happen to get a bite or two, I have found this mosquito bite remedy to be most effective. If you prefer a salve, this homemade herbal salve is our family’s absolute fave (works for ALL insect bites).

If you need more ideas, here is my list of all the natural remedies for insect bites I’ve used in my home for many years.

What have you found?

Healthfood Store Elderberry Syrup and Gummies. Worth the Price?