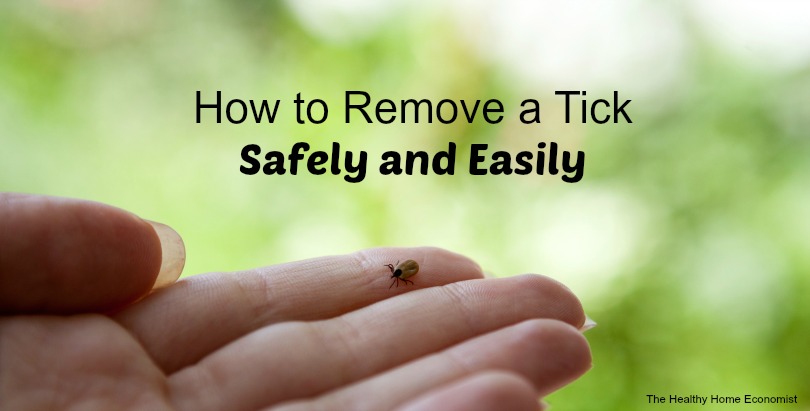 Each spring and summer, warmer weather and spending more time outside and camping outdoors increases the chances of exposure to nasty tick bites. The question is not “if” but “when” it will happen. And, when it inevitably does, how to remove a tick safely to minimize the chances of disease?

I have a friend who lives on a farm in Kentucky with his wife and five children. During tick season, he and his wife perform tick checks every night on all their children right before bathtime. They take ticks very seriously in their home because the Lyme disease carrying kind are very prevalent in their area.

It’s not just Lyme disease that is a potential risk either. The Journal of General Internal Medicine published an article by Susan Wolver, MD, and Diane Sun, MD, which identified a rising trend of red meat allergies from tick bites.

When one of my children was a fairly young baby and not even mobile yet, a tick lodged itself into the top of his head. Most likely, the tick dropped out of a tree onto his head, so don’t think your children are safe just because they aren’t hiking in the woods or walking in the grass!

If you discover that your child or pet has a tick that has lodged itself into the skin, here is the safest, easiest and quickest way to remove it.

How to Remove a Tick Safely and Quickly

The best way to remove ticks is using tweezers according to most authoritative sources. However, there is a new gadget called the tick twister remover that works even better.

My friend in Kentucky says that they used to use tweezers, but the tick twister is far superior and easier to use. It can be used to remove ticks from both pets and people.

Each tick twister tick removal set (it only costs about $6) has two removers inside: one large and one small. The different size is to allow for safe removal of both small and large ticks.

This ingenious device created by a veterinarian to safely remove ticks regardless of a person’s expertise has the following benefits:

Every home with children and/or pets should have one of these! It should also be included with camping equipment.

Steps to Remove a Tick Safely and Better than Tweezers

There are three steps for removing a tick using the tick twister. 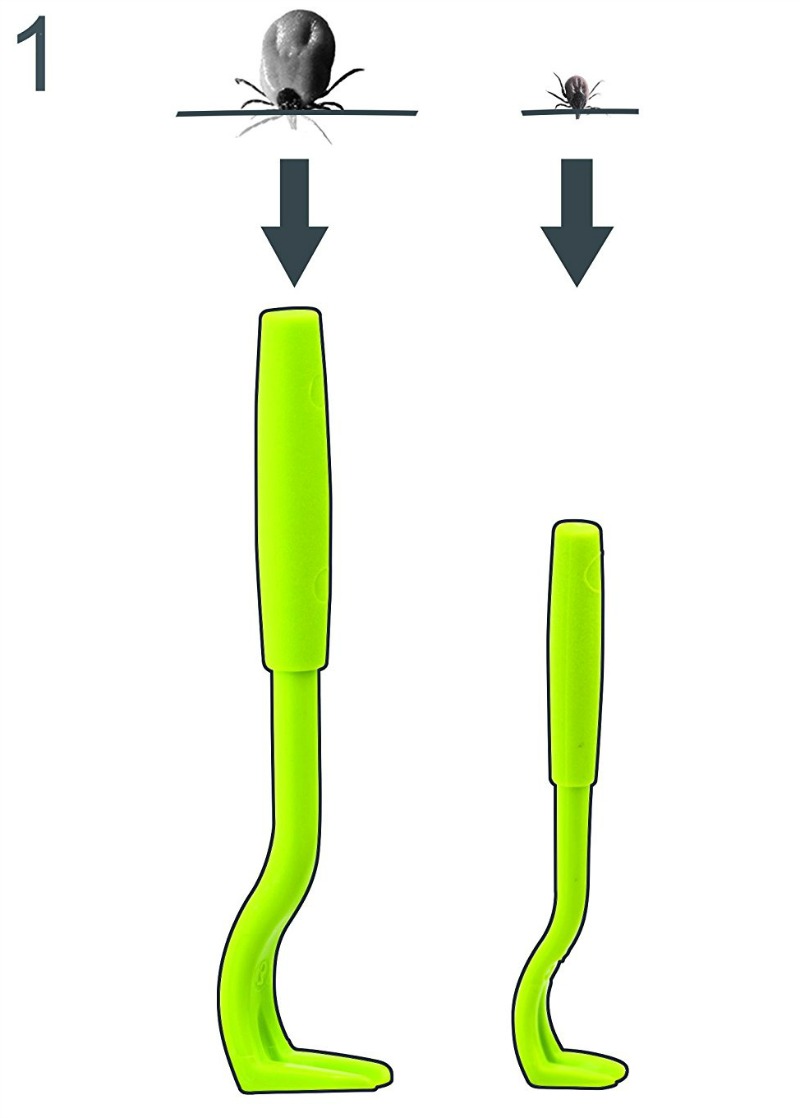 Second, you grasp the tick between the head and body using the hook end of the tick twister. The picture below shows how to do it. 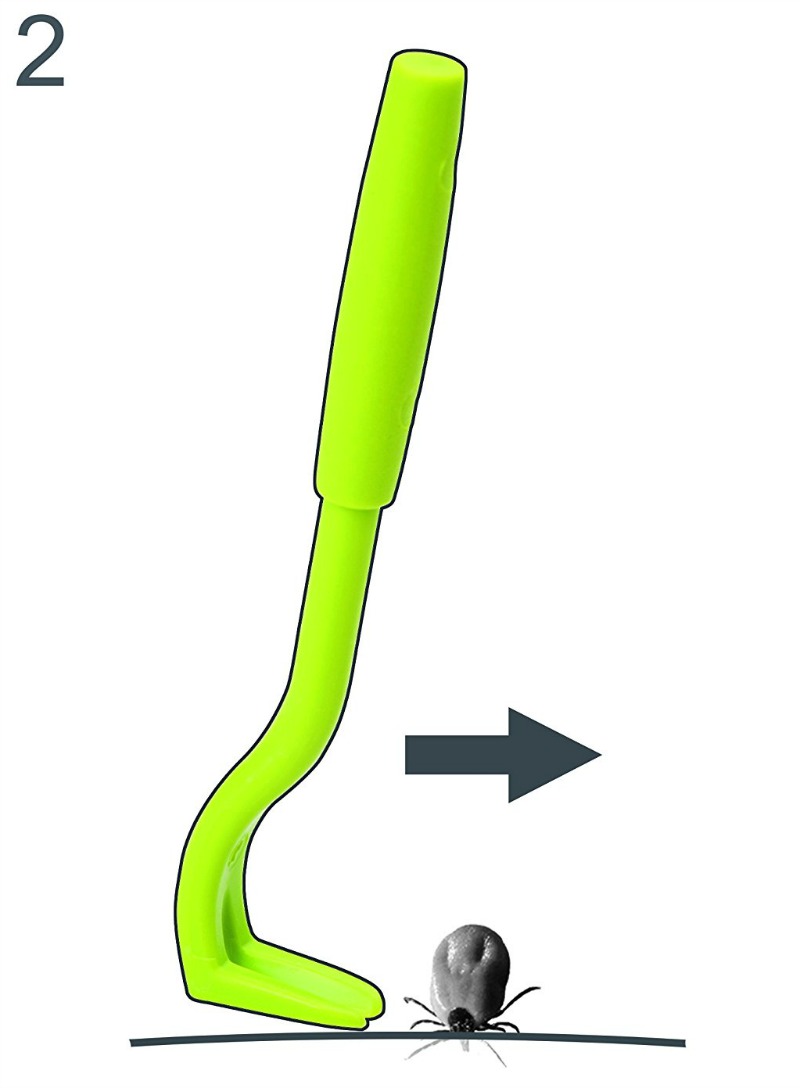 Third, simply twist the tick twister gently to easily and safely remove the entire tick out of the skin.  That’s it! 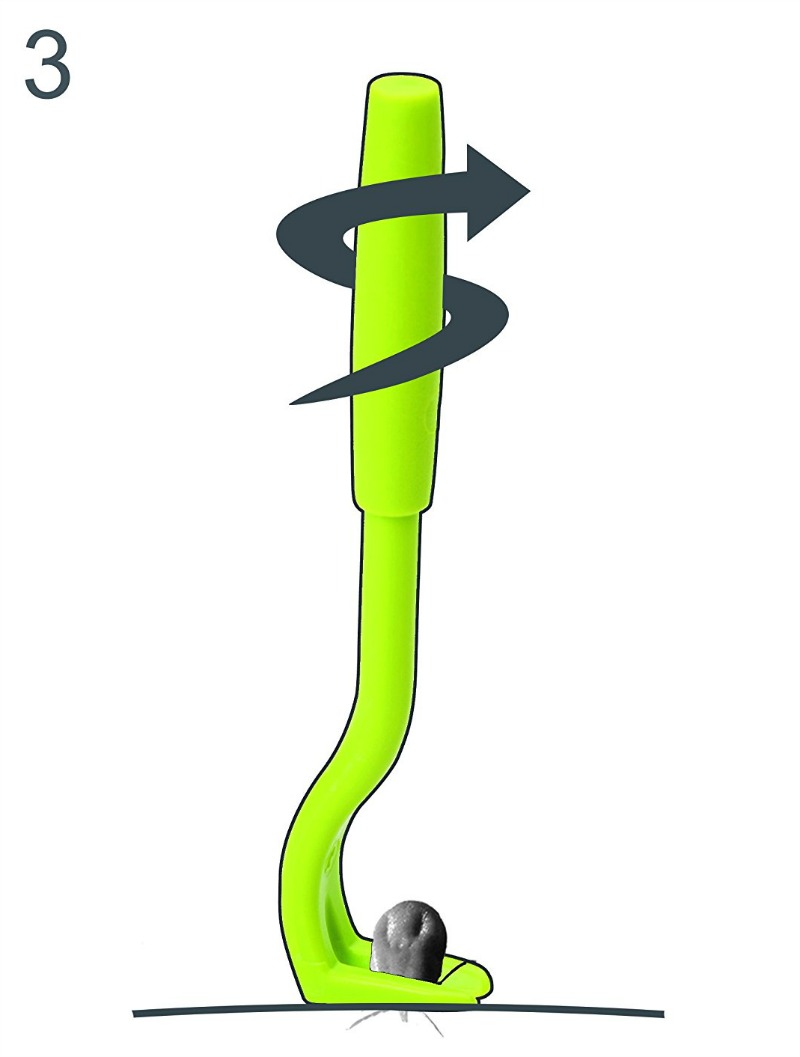 After removing the tick, thoroughly clean the affected skin with alcohol. If there is any irritation, a dab of this herbal salve does wonders to quickly heal the skin.

Warning About some Tick Removal Recommendations

Some sources recommend pulling a tick straight out of the skin as the best method of removal.

This is very dangerous advice, because trying to pull a tick straight out will almost ALWAYS result in the head staying stuck in the skin.  This is because ticks frequently lodge into the skin at an angle. They don’t usually burrow straight in perpendicular to the skin’s surface.

If you must use tweezers because you don’t have the tick twister remover available, be sure to pull the tick out at the same angle it went in. This will give you the best shot at removing the head along with the body. In other words, grab the tick very firmly and close to the head as you can and pull out on a straight line but the same angle it burrowed in. I hope this makes sense. It’s a little difficult to describe in words. This is the method taught to me by my Dad, who is a retired family doctor. Using this method, I’ve never left a tick’s head in the skin of any pet or person in over 40 years.

Of course, using the inexpensive tick twister is the best method of all.  You don’t have to worry about angles – you simply twist the tick out of the skin!

How to Repel Ticks

This article describes the method for preparing an herbal yarrow tincture which is very effective at repelling ticks so you don’t have to remove them in the first place.  You ideally need to spray yourself every 2 hours or so.  Note that yarrow has been reputedly found by the US Army to be as effective as DEET in repelling ticks.

How to Make Herbal Tinctures at Home

How to Find the Best Raw Local Honey for Your Health