How to Attract and Use Ladybugs for Garden Pest Control

How to attract and keep ladybugs in a home garden for natural and beautiful pest control without the use of any harsh chemicals that harm both the environment and our health. 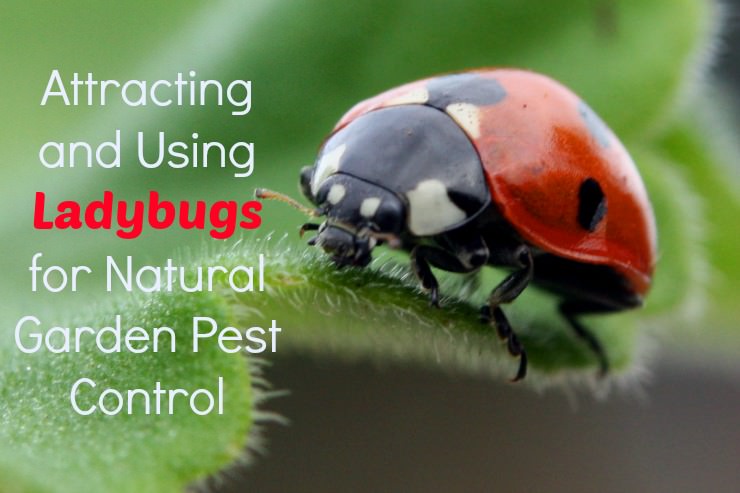 Ladybugs, also known as ladybirds in the United Kingdom, Australia, and New Zealand but often referred to as lady beetles in Continental Europe, are one of the few insect species that do not elicit fear or repulsion in the majority of people.

I remember one winter vacation some years ago where the mountain chalet I was staying in with my extended family turned out to have a very large ladybug infestation despite the cold temperatures and high altitude. Hundreds of ladybugs were crawling 24/7 on the basement ceiling which happened to be the room where the pool table and large screen TV were located.

Despite the constant swarming of these colorful creatures where one occasionally dropped onto your head or onto the pool table while you were playing a game, no one seemed to really mind let alone be afraid of them. This, the ho-hum reaction of over 25 people despite more than a few insect fraidy cats in the mix.

Because most people are unafraid and even seem to enjoy the colorful company of ladybugs, it makes sense to employ them as allies given that they have voracious appetites for other insects that typically besiege a home garden.

The only problem I know of with regard to ladybugs is the harlequin ladybird recently introduced in the UK which is considered to be a threat to the 46 native ladybug species. So, avoid this particular type. Otherwise, all the other 5,000 species worldwide are a great ally to both gardeners and farmers.

Here are some other interesting facts about ladybugs:

The great news is that ladybugs are far more effective than many chemical pesticides at keeping pests of all kinds at bay.  A single, adult ladybug can eat 50 or more aphids in a single day!

They are easily attracted to your garden very inexpensively by putting out some ladybug nectar (where to find) in an area where you have plenty of plants and water is available.

It is important to note that attracting ladybugs to your garden will only work if you have not already killed off all the pest bugs using either chemical or organic pesticides.

It only makes sense when you think about it. What good is attracting the ladybugs in the first place if you don’t have anything for them to eat which would keep them motivated to stick around patrolling your garden? Leave the aphids and other tiny critters so the ladybugs have plenty to eat when they arrive on the scene!

Not Enough Ladybugs in Your Area?

If you don’t have enough ladybugs around to attract them in sufficient numbers with nectar alone, you can introduce them yourself! For less than $10, you can buy a small swarm of 1500 ladybugs to release in your garden (where to find).

Before you release them, however, be sure to put them in the refrigerator to keep them quiet and calm until you release them at dusk. This precaution will ensure that they are lethargic and ready to bed down for the night rather than being so active that they immediately fly off to your neighbor’s yard never to return!

It’s also a good idea to have some ladybug nectar available in your garden when you release to provide some extra incentive for your new little friends to stick around.

Ladybugs are one natural pest control solution I plan to use extensively in my new garden (read and see it here). Not only are ladybugs beautiful and enjoyable, but they are also an essential ally to employ in the quest to keep a garden chemical-free. 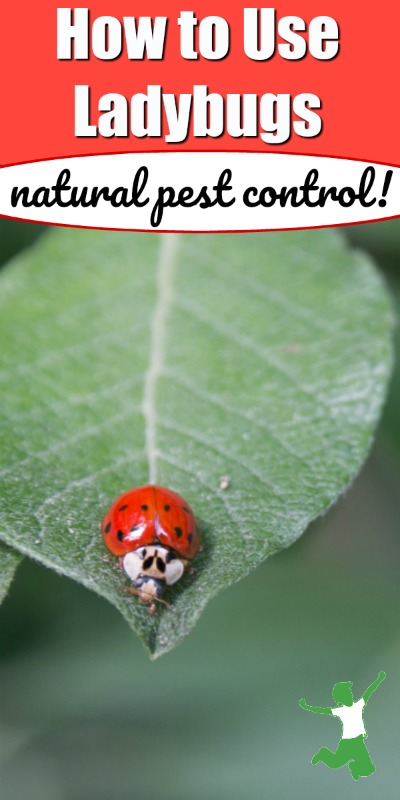