Video: The Best (and Worst) of The Healthy Home Economist 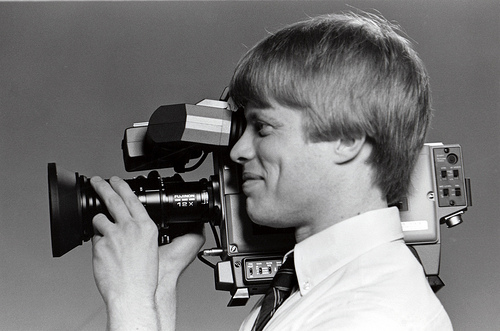 Today is a very exciting day for me because I just received word from Gayle Guyardo, anchor of the NBC Morning Show here in Tampa that a series of Thanksgiving cooking clips that I filmed for the show will start airing tomorrow and continue through Thanksgiving week.   What’s even more exciting is that Gayle’s Morning Show is picked up by many NBC affiliate stations all across the United States and even a few in Canada!

We’re taking the message of Traditional Diets to the masses my friends .. even if I only had 60 seconds per clip in which to do it!

For those of you who have been readers for awhile, can you believe that it has been almost exactly 3 years to the day since I posted my very first vlog on The Healthy Home Economist blog?

In celebration of this amazing journey, I thought I would post the best – and worst – of my vlogs in case you have missed any of these (ahem) sometimes rather embarrassing classics.

To check out any of the 76 vlogs I’ve posted in the past 3 years and link over to the 12 other video lessons from the Wise Traditions Beginner Series I filmed for the Weston A. Price Foundation, be sure to subscribe to my YouTube Channel by clicking here.

Making Turkey Stock – This vlog was my very first on November 27, 2009.   Thank you to all the readers who emailed me with support and encouragement after this first very clunky foray into the world of video.   Your encouragement proved vital to me to continue filming more vlogs and hopefully improve my incredibly amateur technique!

Homemade Mayo – This vlog actually won the Natural News Video Cooking Competition in 2010! How I won is beyond me as this video is so embarrassing (I look like an absolute dork at the beginning) although the info was certainly helpful as it is based on the Nourishing Traditions mayo recipe which I’ve used for years. Because the vlog was based on Sally Fallon Morell’s recipe, I donated my $500 winnings to the Weston A. Price Foundation.

How to Best Swallow Cod Liver Oil – Can you believe that I actually gulped down a big spoonful of fermented cod liver oil right on camera?  Yes, it’s true and if you’ve had trouble getting this stuff down without gagging, you need to watch this vlog for the best way to get it down the hatch that I’ve discovered over the years. Works for kids too!

How to Make Ghee – This vlog shows you how to make ghee (heated butter oil) the best supplement to maximize the benefits of your daily dose of cod liver oil as discovered by the research of Dr. Weston A. Price.  Raw butter oil is better than homemade ghee from grassfed butter for this purpose, but this supplement is not always available at certain times of the year.

If you want to make ghee but don’t have access to raw butter, learn to make raw butter from raw cream from this vlog.

All About Duck – I made a vlog about a year ago on how to roast a duck and make duck stock.  While a very helpful vlog that some of you really enjoyed, it didn’t seem to hit a chord with most.

Mom vs Fast Food – Without a doubt, this vlog was the most controversial I ever filmed and the only one to go viral via social media.  I filmed it at the insistence of my children who said that the technique I used to keep them from ever wanting fast food needed to get out there to other Moms and Dads who were wondering how to best fight this battle with their own children.  While I caught a lot of flack from some parents about it, many others were very grateful for the ideas presented in this video and some even corroborated that a similar approach had worked in their homes as well.

Introduction to Traditional Eating – This video lesson overviews the work of Dr. Weston A. Price and the principles of Traditional Diet.  It is my favorite video from the 12-part Wise Traditions Beginner Series that I filmed for the Weston A. Price Foundation.

Vlog of Which I Am Most Proud

Homemade Baby Formula – This very long video lesson (20 minutes) shows in detail how to make the raw milk baby formula and the hypoallergenic meat based formula for those babies who have a dairy intolerance.  This video provides the information many parents need to avoid the health ravages of commercial formula for their babies.  I receive more “thank you’s” from parents regarding this video than any other.

Vlog That Caused the Most Trouble

Traveling With Kombucha – A mom in California followed the advice in this video and sent a bottle of kombucha with her child to school in his lunchbox.  Unfortunately, the lunch police at the school saw things differently and the boy ended up getting hauled into the Principal’s office for allegedly violating the school’s drug and alcohol policy.  If you haven’t heard about this story, click here.  It made the newspapers and TV in Newport California.  Who would have thought a vlog could get you into so much trouble?

A very sincere and heartfelt thank you goes out to all of you who have encouraged my vlog efforts both in person and via email over the past 3 years.  I am no natural in front of the camera and without that encouragement, I no doubt would have stopped making them long ago!

Tomorrow, I will post the first cooking clip that is aired on Tampa’s NBC Morning Show with anchor Gayle Guyardo!

How to Soak Grains and Legumes (+ VIDEO)