Quark: A Delicious Cross Between Yogurt and Ricotta (Keto Friendly) 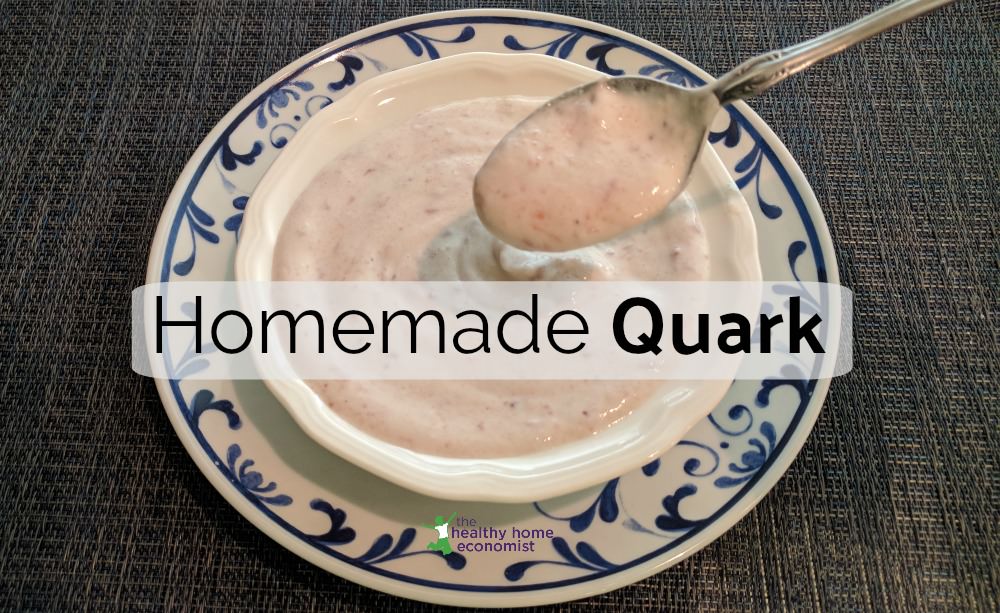 I first tasted quark in the Netherlands (kwark) while on a summer trip with one of my children’s sports teams. I saw it everywhere in both supermarkets and tiny health shops (natuurwinkel) not only in Dutch villages, but also in more urbanized areas of Germany and Belgium. Having never tried it before, I curiously bought some and instantly fell in love with this German style dairy food.

Reminiscent of Greek yogurt with its thick, spoonable texture, quark is milder in flavor like a fresh, soft cheese. Some liken it to a cross between cottage cheese and yogurt.

However, I think a blend of ricotta cheese and Greek yogurt is a more fitting description of quark’s uniquely smooth texture and mildly sweet taste.

Some say quark is more like yogurt. Others say it is a cheese. While both are accurate from a visual and taste point of view, technically quark is a fresh, unaged soft cheese.

Quark is a high fat, protein rich food with few carbohydrates. Thus, it is acceptable for those on a ketogenic diet or who prefer low carb foods in general.

Many modern recipes call for using rennet when making quark. Watch out for commercialized versions in the United States that use nonfat milk and/or vegetable rennet (“enzymes”) of likely GMO origin.

This politically correct approach is not traditional at all! Other recipes suggest using lemon juice to sour and curdle the pasteurized milk quickly. Translation: before it rots and goes putrid!

This is not how traditional quark is made either. Consider that traditional peoples who invented and enjoyed quark cheese didn’t even drink pasteurized milk!

As you can see, modern methods for making quark have unfortunately adapted to the processed dairy most people are accustomed to using.

Historically, quark was made using fresh cow milk (i.e., raw) and small amounts of cultured buttermilk. Some areas of Eastern European origin may have used kefir or clabber as the inoculant to slowly and naturally curdle the milk.

Artisans did not generally use goat milk. However, if this is the only fresh milk you have available, that is fine too.

If you’ve ever made homemade cream cheese or raw sour cream, the process of making quark is very similar and just as easy.

Below is the last container of Dutch kwark that I enjoyed as a snack on the flight home from Amsterdam. Needless to say, learning to make homemade quark became a priority! 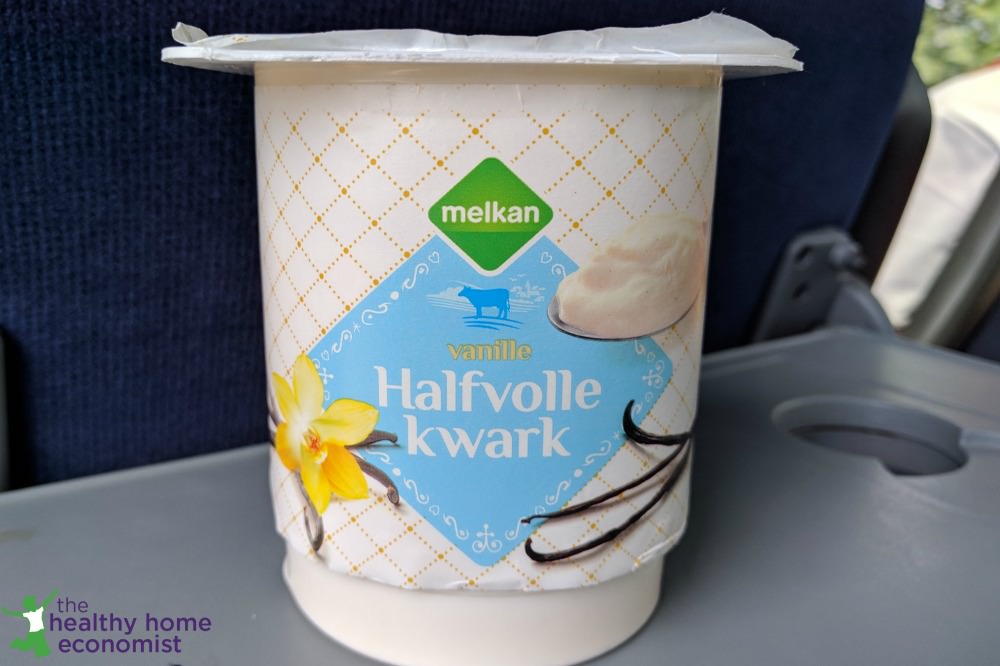 How to Make Quark

The quark recipe below uses raw grassfed milk. If you do not have access to fresh dairy where you live, you may substitute low temp pasteurized, nonhomogenized milk.

Do not use pasteurized, homogenized milk even if it is organic. This milk is too denatured, allergenic and overly processed to serve as the basis for a healthy, traditional recipe.

How to Enjoy Quark Cheese

Because traditionally made quark is probiotic rich, it is best not to use it in cooked recipes. It works very well as a base for your favorite dip recipes served with veggies or crackers. For sweet recipes, try using it make no bake cheesecake instead of yucky commercial cream cheese.

Since the consistency is similar to yogurt, smoothies made with quark work very well too. Blend in a few berries, and it is a delicious spread for bagels much like cream cheese. If homemade cream cheese is too strong tasting for your family, quark is a much milder option.

I like to scoop some into a bowl and stir in my favorite sugar free jam (sweetened only with fruit) as pictured above. It is just like yogurt only more mellow in flavor.

If you have a creative way you are using quark in your home, please share it with us! 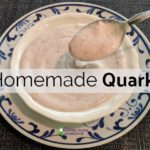 Recipe for traditional quark that is a delicious spoonable cheese similar in texture to Greek yogurt, but milder in flavor similar to ricotta.

If your quark has not set within 24 hours, leave it for an additional 12 hours. If it still has not set, the mixture likely was too cool for the culture to take. This has not happened to me, but I have a warm kitchen year round.

Wondering what to do with the leftover whey? Try making homemade gjetost cheese.

Liquid whey also is excellent to use as the starter for many fermented foods and homemade beverages.