Scientifically backed reasons why a Vitamin B3 niacin flush is beneficial for speeding up the process of detoxification. It is commonly experienced by those adopting nutrient-dense traditional foods into their diet for the first time or those taking B vitamin supplements. 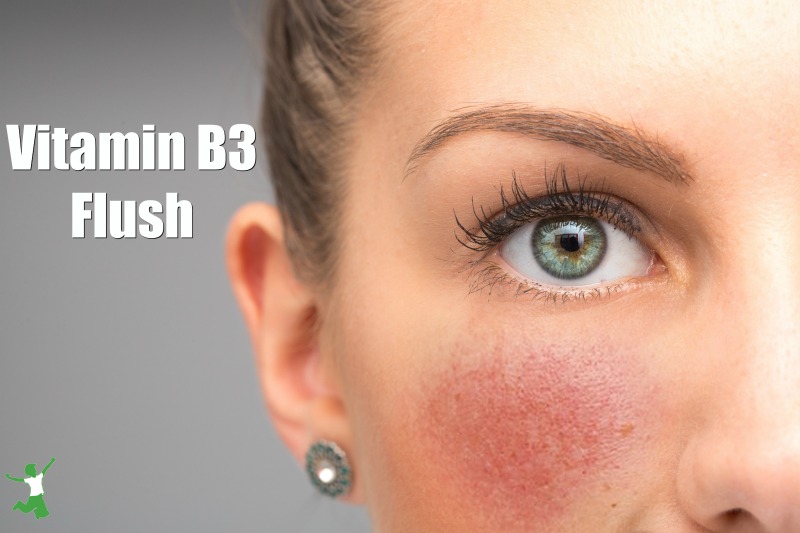 A common story I am told when someone first tries homemade kombucha is that they sometimes experience flushed cheeks and get a bit tingly or lightheaded. This temporary sensation, called a niacin flush, usually lasts less than ten minutes. It is triggered by the extremely bioavailable and rapidly absorbed niacin (Vitamin B3) into the bloodstream.

My very first experience with a niacin flush occurred in exactly this way when I tried the traditional Russian beverage for the first time many years ago. It still happens occasionally if I am a bit dehydrated or run down when I enjoy a glass.

There is no need to worry if this has happened to you too. A niacin flush is not harmful. Some people even find the sensation pleasant. I must admit that I find it a very relaxing experience!

The best news is that a mild niacin flush experienced when consuming traditional or supplemental whole foods like nutritional yeast (source) that contain plentiful or highly bioavailable Vitamin B3 is very helpful to gentle detoxification as well. A Vitamin C flush is another nutrient commonly used for detox purposes.

Niacin: Where to Get it and How it is Used

Vitamin B3 is one of 8 water-soluble B vitamins. It is more commonly called niacin or nicotinic acid. This important nutrient facilitates the synthesis of sex and stress-related hormones in the body by the adrenal glands and other parts of the endocrine system.

Niacin also helps suppress inflammation and improve circulation, hence the common niacin flush when a rapid infusion of the nutrient occurs in a deficient or mildly deficient individual.

While it is relatively easy to meet the body’s requirements for niacin via diet alone, many people remain at least mildly deficient due to an imbalanced gut environment which impairs absorption from food and limits synthesis of B3 via beneficial gut microbes (1).

Deficiency symptoms which most commonly present in those who consume too much alcohol and sugar include:

Symptoms of a Niacin Flush

People vary widely in the sensations experienced from the inclusion of additional niacin to the diet. As little as 50 mg can cause a niacin flush in some people who are mildly deficient, while it may take significantly larger doses in others who maintain good overall Vitamin B3 status to experience the same effect.

Symptoms of a niacin flush can include a pleasant warming of the cheeks, prickliness in the extremities and mild lightheadedness similar to what is experienced by drinking a glass of wine before dinner.

Hence, some people incorrectly assume that they are buzzed from the minute amount of alcohol in fermented beverages like kombucha, and this is what is responsible for the niacin flush. In actuality, it is the presence of highly bioavailable B3 that has caused the reaction – not alcohol.

Other niacin flush symptoms for those who are severely deficient can be more problematic. These include stomach pain and/or nausea, rapid heartbeat, skin itching, or rash.

If the mild vasodilation caused by a niacin flush is uncomfortable in any way, a cold shower will quickly dissipate the sensations which only last a few minutes anyway if nothing is done.

Most people rapidly adjust to the effects of consuming niacin. Flushing from niacin taken either via supplements or traditional foods that are rich in bioavailable B vitamins occurs with less frequency as time goes on eventually ceasing entirely most of the time. 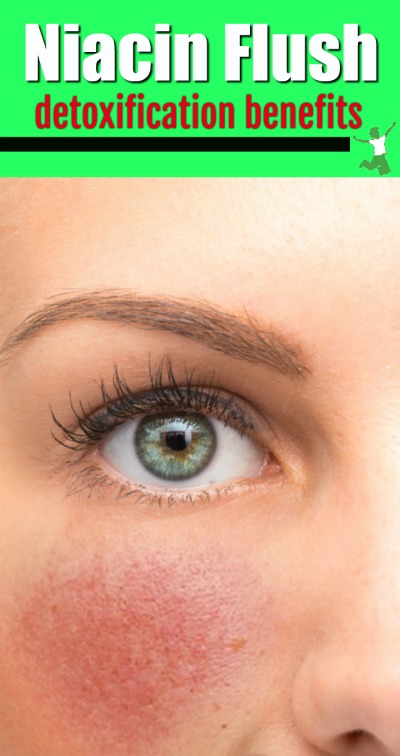 Rapid Detoxification from Vitamin B3

Incorporating more niacin into the diet via traditional foods has been found to greatly assist the body in improving natural detoxification pathways. In some extreme cases where individuals have been exposed to highly toxic situations, gradual increases in niacin dosage can prove beneficial. According to Joseph Mercola DO:

In terms of dosage, people exposed to highly toxic situations, such as the 9/11 firefighters, are slowly worked up to a dose of 5,000 milligrams (mg) of niacin over the course of 30 days. Ordinarily however, 100 mg of niacin, once to twice per week [emphasis added], will be sufficient for most people, in combination with exercise and/or post-exercise sauna or a hot cleansing bath to draw out the toxins (2).

The benefits of a niacin flush to boost detoxification efforts were described and published in 2005 in the Journal of Internal Medicine. Researcher L.A. Carlsen described the use of nicotinic acid to treat extremely high cholesterol (hypercholesterolemia). He found that doses of niacin cause what is termed “rebound lipolysis”.  This involves initial inhibiting of the breakdown of fats for a short period of time followed by a detoxification rebound causing a large and simultaneous release of triglycerides and toxic chemicals from the tissues (3). These toxins are then free to be expelled from the body either via the gastrointestinal tract or the skin.

This research then led to protocols to help those in drug rehab recover more quickly. Since drug toxins are stored in fat tissue and niacin ruptures those fat cells to force the release of the toxins, the idea was to eliminate all the drug residue that would cause a person in recovery to suffer drug cravings after kicking the habit. The protocol worked so well that the use of niacin for normal detoxification efforts by non-drug users gained popularity among holistically oriented practitioners.

One very popular niacin detox program is advocated by George Yu MD. He suggests a protocol for detoxification using gradual increasing dosages of niacin combined with sweating via exercise and sauna. His interesting ten-minute talk on the subject is embedded below.

The only catch: do not use buffered niacinamide which doesn’t cause you to flush and tingle. The most effective kind of niacin for detoxification causes a full-blown niacin flush.

Have you experienced the effects of a Vitamin B3 flush before? Did you enjoy the sensation or did it bother you? Have you continued to experience them or have they faded away as your practice of traditional diet became more routine?

Coffee Enema to Assist Detoxification from the GI Tract
Seaweed Wrap: Detoxing from the Skin
7 Ways to Avoid Detox Symptoms on a Cleanse
Top 4 Cleansing Myths to Watch Out For
Natural Deworming Methods that are Safe and Effective
How to Gently Detox in Preparation for Pregnancy
Rebounding: A Great Way to Gently Detox

Need a Foot Detox? What to Do and Recipes to Try