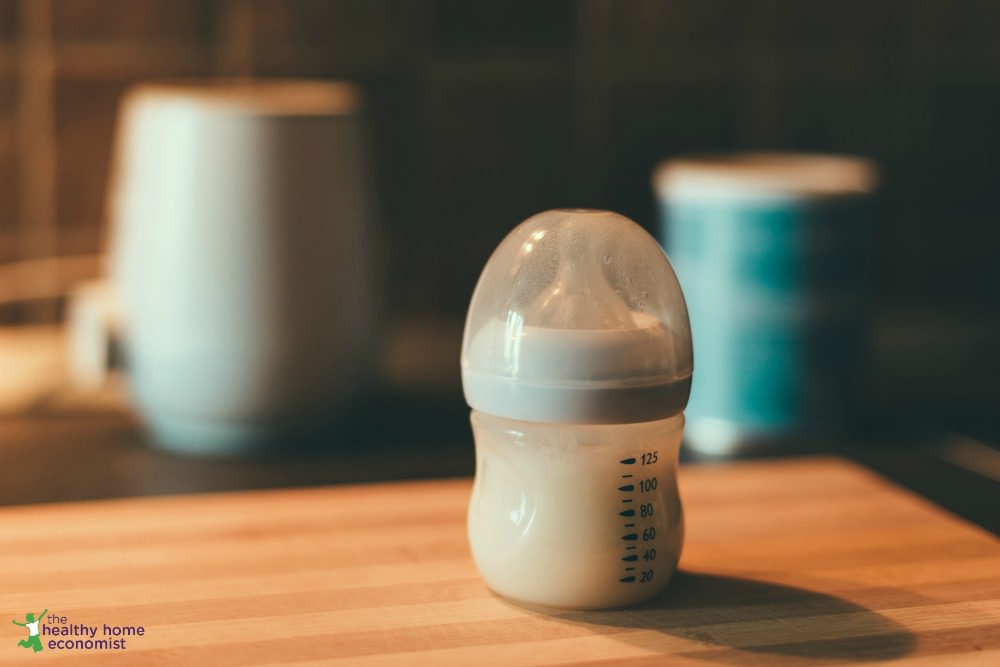 While the best baby formula is ideally none at all when breastfeeding and/or quality donor milk are an option, sometimes life after baby doesn’t proceed as planned.

In those cases, the optimum Plan B is a homemade formula to avoid toxic commercial concoctions that seem regularly subject to product recalls.

Organic brands are no exception. Testing repeatedly reveals high levels of heavy metals or other chemical contaminants such as BPA (likely from toxic packaging). (1, 2, 3)

This worrisome trend has more parents than ever before seeking out healthy homemade formulas with vetted ingredients as the best alternative.

Parents who must resort to formula either supplementally or exclusively frequently ask whether homemade versions are safe for premature babies.

The answer to this is definitely yes IF the formula recipe was developed by nutritionist Mary Enig Ph.D.

The homemade formula recipes developed by Dr. Enig match breastmilk as closely as possible. Other DIY baby formulas readily available on the internet are based on politically correct nutrition or otherwise flawed food philosophy not rooted in the reality of nourishing Traditional Diets.

The recipes devised by Dr. Enig were also designed to be used by babies from birth (whether full-term or premature) through age 1.

Is Raw Milk Safe for Preemies?

Raw grass-fed milk is one of the safest foods on the planet particularly in light of advanced refrigeration and milking technology whereby the milk never touches human hands and is chilled immediately. Data from the Centers for Disease Control confirms its safety.

For those parents who do not have a source for clean, grass-fed raw milk, 24-hour whole milk yogurt or whole milk kefir can be substituted for the raw milk portion of the recipe.

Another option is the dairy-free homemade formula, which uses bone broth instead of milk as the basic ingredient.

Note that for liability purposes, many hospitals do not allow parents to bring in their own formula. However, once the baby is out of NICU and home, you can consider this option that has served many parents well since its initial development nearly two decades ago!

Over the years, I have come to know many parents who used the homemade formula developed by Dr. Mary Enig to nourish their preemies. Below is one recent testimonial that hit my inbox from Dari J. who is from Panama but now lives in Connecticut with her American husband.

I am sharing her story with her permission. Dari also sent me this photo of her happy, healthy toddler who is now 19 months old. She nourished him with homemade raw milk formula as a preemie through age 1. She asked me to use it to put a face to her real-life story. 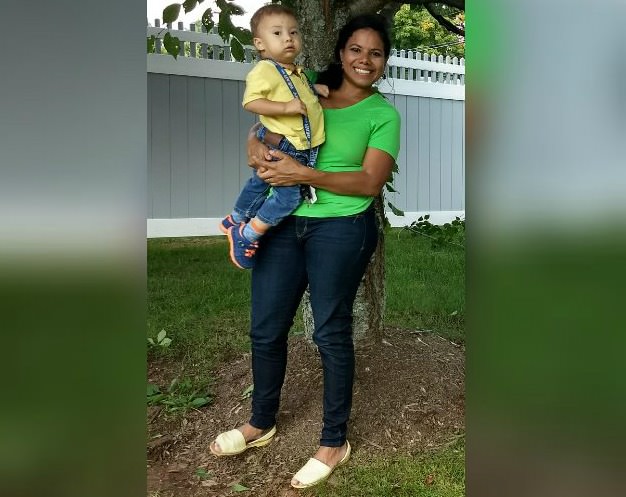 Thank you Dari for sharing your story to help other parents over the hump to think outside the box when it comes to formula feeding.

My baby was born premature (34 weeks and 5 days) and we stayed in the NICU for 19 days exactly. I didn’t know about tongue tie and nobody in the hospital except one nurse, mentioned it.

I didn’t know why my baby wasn’t gaining weight and I was under a lot of pressure trying to pump the hell out of my breasts….wasn’t producing enough …I guess I needed baby’s stimulation to really produce the numbers!. After a few weeks of this struggle, I decided to bring baby to a craneal [sic] child chiropractor who gave us the proper diagnosis of several tongue ties in baby’s mouth. So even though we actually ended up fixing the ties with a specialist (laser procedure) …. but I still supplemented. I felt I was behind and very sad.

I was very aware of the dangers of store bought baby formula and didn’t want to go that way AT ALL. Found this recipe, which ironically someone sent to me in the past while pregnant and didn’t think I was gonna need it. This humbled me big time! I thanked the Lord for that!

The recipe sounded like a mountain….big project, monumental ….oh my God!!! I was afraid (also first time mom…Mamas!). But I went all the way with this recipe…gathered all the ingredients, watched the Healthy Economist making it video and I don’t regret it for a second.

My baby never had stomach issues or reflux…or any stomach abnormalities or allergies ….he gained weight and I he was being norished. Everybody was afraid of the “raw” element …and all the scary stories. I am sharing my personal experience with a premmie baby and how it helped my family. I kept nursing and supplementing through many many months with this wonderful homemade formula. Today he is 19 months old and he drinks raw milk often in smoothies or by itself. He loves it! I still add some oils to the milk especially: coconut oil…cod liver oil and some sunflower oil.

We are a testimony that it works…for those who are little skeptical or afraid….don’t be !