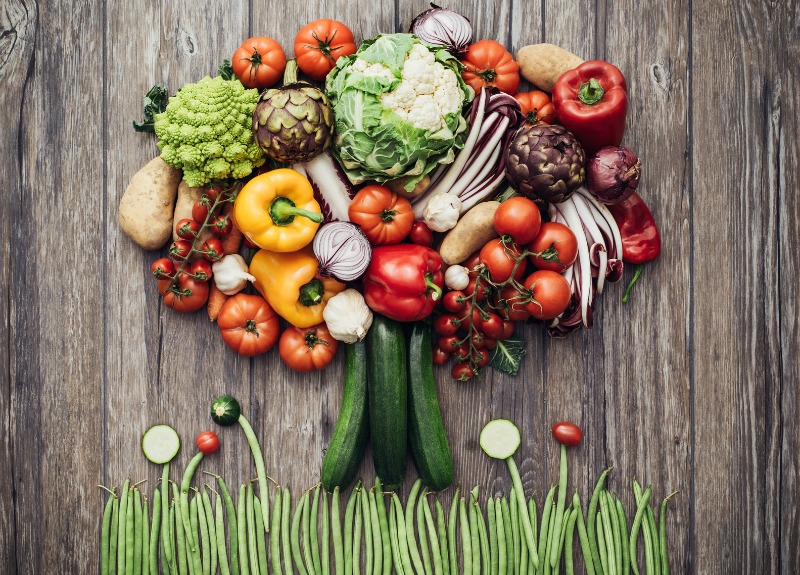 Sources of conventional health information seem to be trumpeting the catchphrase plant based diet. Notice the word “vegetarian” or “vegan” is not used perhaps because the vast majority of people find such a diet and its common, associative terms unappealing.

Estimates on the number of people who never eat meat varies somewhere between a paltry 3-6%. Even more telling, the vast majority (75%) who identify as vegetarian end up omnivores again within a few years.

Surprisingly, the Vegetarian Resource Group estimates that only 20-30% of people are good candidates for vegetarianism. (1)

Perhaps this is the reason for this new semantic trend which attempts to repackage vegetarianism simply as “a healthy plant based diet”. Note even cow milk substitutes are now called plant based milk instead of simply dairy-free.

The best selling success of the error-ridden book Blue Zones is one commercial example fueling this semantic change.

There is no doubt that an increase in the number of folks eating a “plant based diet” would result in quite a profit boost for Big Ag and Big Food companies that deal in the various stages of production of textured vegetable soy protein (TVP) and other frankenfood substitutes for meat, dairy, and eggs.

Aside from the big profits to be had should more people embrace this manner of eating, could a “plant based diet” even be healthy?

The 2017 documentary What The Health claims plant based diets to be healthy despite being able to name a single successful vegan population group. Ever.

Little to No Variety in Modern Food Plants

The reality is that the world today depends on a variety of only 150 food plants. Twenty of these account for 90% of our food. And, of these twenty, only three account for half!  What are the Big Three?  Rice, corn, and wheat – difficult to digest, grain based carbs that ninety percent of the people who ever lived never even ate!

Considering that there are between 30,000-80,000 edible plants in the world and that traditional cultures such as the American Indian regularly consumed about 1,100 of these, it seems virtually impossible that a “plant based diet” of today would contain enough variety to ensure health. Surely, a modern “plant based diet” could only lead to nutritional deficiencies and ill health in the long run given these statistics. This especially if a primary source of all those veggies is a daily green smoothie.

Despite the American Indian’s consumption of a wide variety of nutritious food plants from soil that was arguably much richer and more fertile than the monocrop farms of today, guess what? They still ate meat!

What about the hunter-gatherers? They sampled between 3,000 and 5,000 plants and still consumed animal foods as well.

“Healthy Plant Based Diet” is an Oxymoron

A “healthy plant based diet” on only 150 food plants at best and less than 20 at worst?  That simply doesn’t add up to anything remotely resembling health according to my logic. Not enough variety by a longshot.

Compare this to a person who consumes foods from wild and/or pastured animals. The plant variety these animals sample throughout the year is enormous, which the person eating the meat benefits from indirectly.

Another salient point is that much of the fresh produce plant based fans are eating is hydroponically grown. Hydroponics is much lower in nutrients than plants grown in rich organic soil. This is is why organizations like the Cornucopia Institute are so against the hydroponic invasion of the USDA Organic label over the past few years.

It seems that the term “healthy plant based diet” is nothing more than a semantic marketing ploy contrived for television personalities beholden to their corporate advertising sponsors to pawn off to an unsuspecting public.

Next time you hear the term “plant based diet” and “healthy” used in the same sentence, feel free to roll your eyes and press “off” on the TV remote.

Seeds of Change, Kenny Ausubel
Vegetarian Journal
Cornucopia Institute: Why Organics Needs to Be Rooted in Healthy Soil (NOT hydroponics)