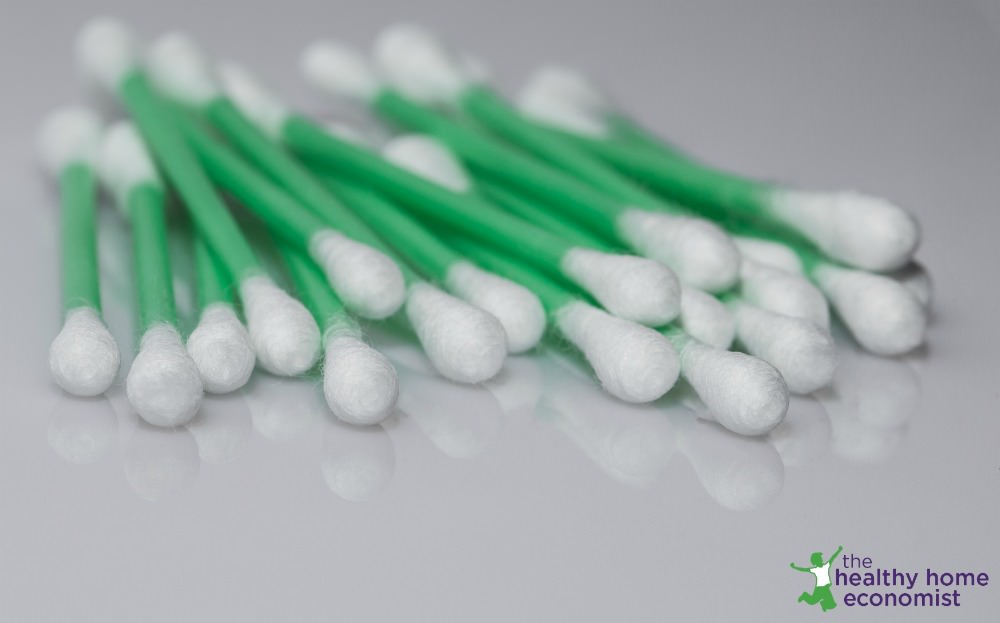 One potential hazard that Moms may face during labor and delivery is the use of IV antibiotics for Group B Strep (GBS) infections.

At around 35-37 weeks gestation, a pregnant woman is routinely given a swab test that determines if they are infected with Group B Strep. This bacterium is very common. Approximately one in every three women carries it in her vagina.

The Group B Strep bacterium, while no threat to the pregnant woman, has the potential to cause very serious health consequences for the newborn baby.

Most women who test positive for Group B Strep are able to go on and deliver perfectly normal, healthy babies with no complications.  However, a few babies exposed to Group B Strep may develop pneumonia or meningitis either immediately after birth or up to a week later.  Some babies may have long term vision or hearing loss from the exposure, though this is quite rare.

Like the dangerous, synthetic Vitamin K shot that is administered to all newborns for an extremely rare, bleeding into the brain disorder, the Standard of Care for all pregnant women testing positive for GBS is IV antibiotics during labor and delivery even though Group B Strep infections occur only in approximately 1 out of every 4444 babies born to GBS colonized women (.0225%).

In one review of babies with early-onset Group B Strep infections born in Southern California Kaiser Permanente Hospitals from 1988-1996, use of IV antibiotics during labor “did not change the clinical spectrum of disease or the onset of clinical signs of infection within 24 hours of birth for term infants with EOGBS infection.” (Pediatrics, Aug 2000; 106: 244-250).

1 out of every 4444 babies still gets sick with GBS infections even if their mothers are treated with IV antibiotics during labor and delivery.   IV antibiotics make absolutely no difference to the outcome of babies born to Group B Strep colonized Mothers and yet this miserable failure of a medical protocol is still considered Standard of Care for pregnant women who test GBS positive.

Incidentally, antibiotics for a common related condition known as strep throat are not usually necessary either. Doctors just prescribe drugs for this condition because it is easy and patients expect it according to the Journal Canadian Family Physician (1).

Strep throat remedies using natural antibiotics such as cayenne pepper, manuka honey, garlic, and turmeric are fast and effective without the side effects.

Beware of doctors who tell you that the “medical research” indicates that this treatment does work.  Research is a very different thing from what happens in practice. Research may indicate that a treatment works, but in practice, it may not work at all or may cause even more serious consequences than what the treatment is trying to prevent in the first place!

For example, children whose Mothers undergo IV antibiotics during labor and delivery appear to be highly predisposed for potentially lifelong complications, including severe allergies, asthma, ADHD, and autism just to name a few.

I realize this is anecdotal observation, but most children of the women I know who received IV antibiotics during labor and delivery have some sort of chronic health issue that the parents are continuing to struggle with years after the birth.

Another unintended yet extremely dangerous consequence of IV antibiotics during labor and delivery is the increased occurrence of antibiotic-resistant, “superbug” infections like MRSA.

In addition, IV antibiotics have increased the occurrence of infections such as sepsis and E. Coli.    The sobering truth is that the risks of developing a superbug from IV antibiotics are much greater than the chance of saving your baby from Group B Strep infection.

It is clear that avoiding IV antibiotics during labor and delivery needs to be a priority for every pregnant woman.
It is imperative that this message gets out to Mothers-to-be that antibiotics don’t work to prevent a Group B Strep infection and this treatment has a high potential to predispose your child to the development of auto-immune disease later in childhood.  Why hasn’t this treatment already been abandoned for lack of efficacy?

While it is always a difficult task to explain pure stupidity especially when such behavior comes from highly educated people trained to deliver care in a supposedly objective manner, my guess is that the boost to the bottom line in requiring IV antibiotics for every GBS positive pregnant woman (one out of every three!) is so powerful and such a dependable source of revenue for hospitals that only pure outrage and refusal of this treatment from an increasing number of pregnant women will stop the practice.

What is the best approach to avoid this dangerous treatment in the meantime while OBs continue to falsely trumpet it as somehow helpful to the birth outcome?   In my case, I simply refused the Group B Strep test outright.

Even if you’ve had a negative GBS test already (for example, I tested negative with my first pregnancy), you can still test positive with later pregnancies, so when I became aware of the uselessness of this treatment, I no longer submitted to the test at all. With no positive test hanging over your head, medical personnel has a much weaker case for insisting upon IV antibiotics in the first place.

In my opinion, it is also best to seek an out of the hospital birthing environment where the birth process is not viewed and treated as a medical event. Medical personnel attending to a laboring Mom at a freestanding birth center or home birth are much less likely to favor the utilization of this type of treatment than the same personnel in a hospital setting.

If you choose to refuse the test as I did, make sure to consume a quality probiotic throughout pregnancy and especially during the final weeks of gestation which will promote the growth of beneficial bodily bacteria and will give any GBS bacteria (if you even have any) very little opportunity to flourish and harm your baby during the delivery process.

An additional habit to develop while pregnant is to utilize the benefits of fresh vegetable juicing as this practice has a wonderful, alkalizing effect on the body chemistry,  discouraging the growth of any pathogens such as GBS and promoting the growth of healthy, beneficial, body flora. Ideally, fresh vegetable juice should be consumed on an empty stomach to have the most pronounced, alkalizing effect (2 hours after eating and do not eat anything for about 20 minutes after drinking the juice).

If you are reading this and you have recently given birth to a baby and you received IV antibiotics during delivery, it is IMPERATIVE even if you are breastfeeding that you get your baby on a Bifidus supplement immediately (there are brands made especially for infants) and continue for a month or two so that your baby’s gut can be recolonized with beneficial bacteria.

It is also wise for the Mother to start taking a therapeutic strength probiotic right away as her own beneficial bacteria will have been decimated by the IV antibiotics and her breastmilk will most likely not contain the number of good bacteria that it should as a result.

How to Prepare the Birth Canal for the Probiotic Gulp

How to Have a Natural Miscarriage (No D&C)