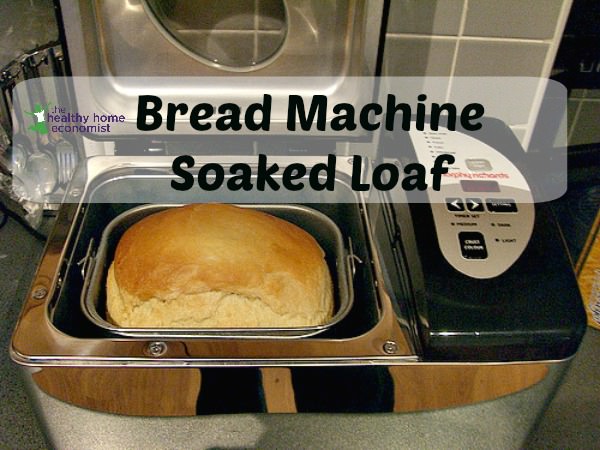 Homemade bread is making a comeback! The convenience of using a bread machine recipe is part of the reason why as more and more people opt to make their own with quality ingredients they source themselves.

Quality trumping convenience is an idea whose time has come in the bread department. The general public is awakening to the dangers of white flour, one of the “displacing foods of modern commerce” as described by Dr. Weston A. Price in his nutritional classic Nutrition and Physical Degeneration.

This is a radical change from even just a few decades ago. My Grandmother, like many of her generation, always chose white bread over “brown bread” as she called it. She considered whole wheat bread a sign of poverty because she observed growing up that those who ate white bread were more affluent and educated.

Fortunately, this notion is no longer a popular mindset.

Not only is bread made with white flour basically devoid of nutrition, but it also adds to the body’s toxic load with a plethora of additives, chemicals, and unhealthy vegetable oils.

Worse, unlike the white bread even just 10 years ago, store bread frequently contains soy flour. This modern food threatens hormonal health and can trigger digestive problems for those who are sensitive. Even commercially made sprouted bread masquerading as healthy frequently contains seitan or vital wheat gluten. This additive is nearly impossible to digest when isolated for use by food manufacturers.

Consumers choosing to bake their own bread usually forgo white flour in favor of whole wheat or other whole grains. Popular examples include teff or millet. While whole grain flour may be fresher ground at home and the bread more nutritious, other problems can emerge.

Soaked Bread from a Bread Machine

Modern breadmaking using a bread machine recipe typically employs the use of yeast and high heat. This quickly raises the dough and bakes the bread in a short amount of time. This contrasts with the slow, natural rise that occurs with fermented dough baked at a lower temperature.

Science has demonstrated the wisdom of the careful preparation methods of our ancestors. All grains and legumes contain phytic acid, an organic acid that blocks mineral absorption in the intestinal tract.

This powerful anti-nutrient is neutralized in as little as 7 hours of soaking in water with small amounts of an acidic medium. Examples include yogurt, kefir, lemon juice or cider vinegar. Soaking also neutralizes enzyme inhibitors present in the hulls of all grains and adds beneficial enzymes that increase the amount of nutrients present – especially the B vitamins.

For those with gluten intolerance, soaking or fermenting gluten-based grains breaks down this difficult-to-digest plant protein; studies carried out in Italy have found that people with celiac disease can consume genuine sourdough bread without digestive distress or auto-immune symptoms.

I frequently get asked how to make fresh bread at home using the traditional method of soaking flour first combined with the modern convenience of a bread machine.

If you have a breadmaker and would like to transition to a traditional method for making bread while continuing to use this appliance, here’s a bread machine recipe to try. It is adapted from Healthy4Life by the Weston A. Price Foundation.

Enjoy your fresh-baked loaf courtesy of a blend of modern convenience and Traditional Wisdom! 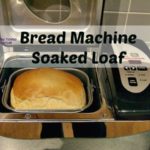 A handy bread machine recipe for a delicious conveniently made loaf using the traditional preparation method of soaking flour for much-improved nutrition and digestibility.

Once you’ve made your soaked loaf, be sure to save the crusts because they are perfect for making breadcrumbs!

Interested in traditional breadmaking? Try these other recipes inspired by ancestral wisdom.