The important and little-discussed reasons to avoid seitan, aka “vital wheat gluten” as a stealth ingredient added to sprouted breads and other foods. This additive completely negates any health benefits of sprouting and actually contributes to the development of digestive issues over the longterm. 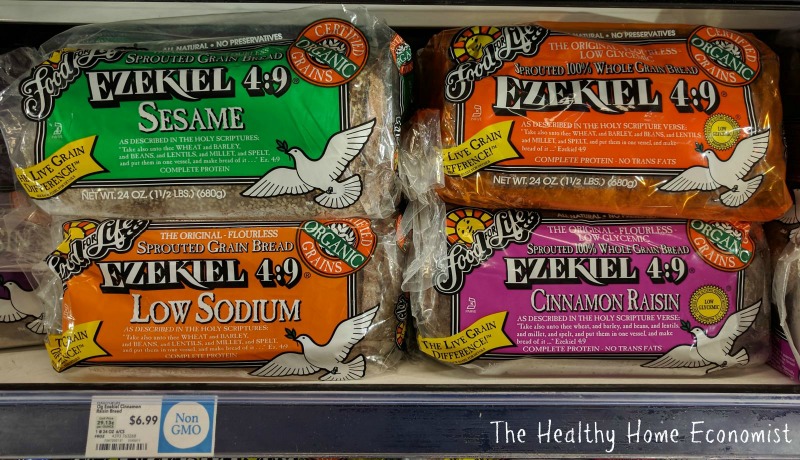 It never ceases to amaze me how manufacturers so brazenly play bait and switch with the food labels for their products. The latest ingredient game that educated consumers need to know about is seitan. This is especially true for those who may be unknowingly eating it in the form of sprouted bread such as the very popular brand Ezekiel.

The Other “Wheat Meat”

In a nutshell, seitan is wheat meat. Wheat meat? Yes, people actually call it that! How can plant food be “meat”, you might ask? Let’s take an in-depth look at this immensely popular food ingredient with the groovy name.

So, what is this stuff? Seitan goes by many names that are all essentially the same thing:

It seems food manufacturers are springboarding off the immense success of hiding MSG in processed foods using dozens of aliases to confuse the consumer.

Seitan: Masterful Marketing of a NonFood

You can see why branding gluten as seitan makes sense. It sounds rather hip, cool, whole, and healthy.

If you say “vital wheat protein” as you serve dinner, your guests may flee.

But if you say, “oh, this is just a little dish of seitan,” well, you are going to be the star! This is especially slick marketing since gluten-containing grains aren’t all that in demand these days. Especially with the well-deserved reputation of toxic conventional wheat.

But seitan is anything but hip, cool, whole, or healthy. Unfortunately, this ingredient is becoming more popular, especially among vegans and vegetarians who have to search high and low for sufficient dietary protein. This is especially true for plant-based diet fans who are allergic to soy. (1)

Those who espouse traditional diets are also eating it, mostly unknowingly. More on this below.

The Origins of Seitan

The Japanese word seitan is pronounced “say-tan”.  Mmmm. Sounds a lot like the Western word “satan”. Freudian slip on the part of manufacturers? You be the judge after reading this exposé.

The word was coined in 1961 by George Ohsawa, an advocate of the macrobiotic diet (a diet associated with extreme Vitamin D deficiency). In 1962, wheat gluten sold as “seitan” began in Japan pioneered by Marushima Shoyu K.K. It was introduced to the West in 1969 by the American company Erewhon.

History of Using Wheat Gluten as a Protein Source

Where and when did this stuff start? Interestingly, a rather long time ago, as early as the 6th century in China. What was the main motivation? Religious groups, especially Buddhists, seeking to avoid meat were searching for a protein option to put on the table that was in line with their beliefs.

Besides being a non-meat source of protein, seitan’s other main attraction is its texture. Most meat substitutes don’t’ have a “meaty” texture at all. But seitan does. Tofu, tempeh, textured vegetable (soy) protein all make at best acceptable or endurable meat substitutes.

But seitan is different from these. It makes a rather good meat substitute, and thus, makes it all the more appealing to the unsuspecting masses.

So, we now know what it is, but is it good? First, seitan is basically pure wheat gluten. So for anyone with gluten/wheat issues, seitan is the satan of all foods. It represents the purest and most potent form of gluten for those who are sensitive.

I wonder if its growing popularity at certain restaurants (especially vegan, vegetarian, and Asian) raises significant issues or problems with possible cross-contamination for those who are sensitive or allergic to gluten?

Second, this stuff is highly processed with a capital “P”. You can’t just isolate the gluten fraction of wheat with ease. This processing also means many brands of seitan contain lots of other stuff, like very large amounts of added sodium, MSG and other food additives.

Third, while it is high in protein, it is an incomplete and unbalanced source of this important macronutrient. It is very low in lysine, and ultimately considered a source of low-quality protein even by the most forgiving of critics. Being low in this amino acid is especially problematic and concerning if you are eating seitan as your primary source of protein with little other protein-rich foods in your diet. (3)

Fourth, if it is made from conventional wheat, it thus has been exposed to all the pesticides, herbicides, and other Big Ag chemicals that modern wheat production depends on. Organic seitan would be better in this regard, but that doesn’t undo the issues listed above.

Wow, if nutritionists won’t eat this stuff most who still think a frankenfood like margarine is healthy, that is saying something!

No wonder food manufacturers are so desperate to hide its presence on the label using a myriad of other names! 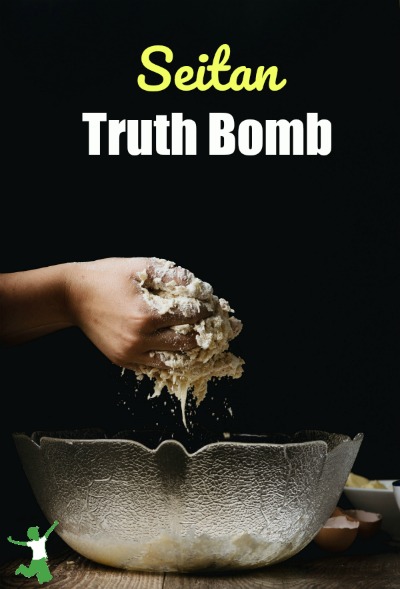 Vital Wheat Gluten: Where it is Inconspicuously Hiding in Your Food

In closing, let’s consider who is consuming this low-quality wheat by-product whether consciously or unwittingly.

A lot of bread makers use seitan even health food store brands. Many modern breads add additional “vital gluten” to improve the rise, texture, and elasticity of the bread. It also gives the loaf integrity while shipping long distances and for stacking in warehouses.

Watch out for Sprouted Breads!

This is especially true, and maddeningly so, for expensive sprouted bread. The popular brand Ezekiel is guilty of this as are MOST that The Healthy Home Economist examined.

These companies are making their bread healthier by using sprouted flour (which breaks down gluten to make it more digestible), charging an arm and a leg for a loaf, and then turning around and adding back vital wheat gluten? Seriously? Talk about one step forward and three steps back!

Watch out for this ingredient in your “healthy” bread choices from Whole Foods or local health food establishments. This is where most consumers are getting duped about this cheap, low-quality ingredient that is ultimately more harmful than just making bread with unsprouted flour in the first place. The scam is reminiscent of the fake sourdough bread that seems to be everywhere too.

Ultimately, wheat gluten should have no appeal, organic or not, to consumers educated about the issue. Reading food labels very closely is necessary to avoid it as it is increasingly appearing in pseudo-traditional foods that those in the health food community think are the real thing and are bringing into their homes.

Determining the Best Traditional Diet for YOU