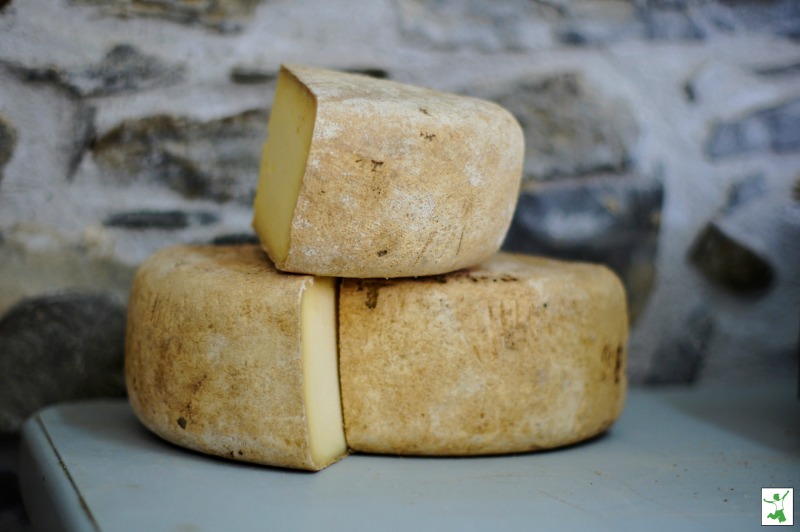 Getting enough Vitamin K2 is absolutely essential to vibrant health. Surprisingly, the vast majority of people are seriously deficient. Even those eating a completely whole food, organic diet, fail miserably in getting enough in either of the two major forms: MK-7 and MK-4.

Traditional Societies instinctively put great importance on foods high in Vitamin K2. These sacred foods were consumed in larger quantities by young couples preparing to conceive, pregnant and breastfeeding women, growing children, and the elderly in order to ensure health during these critical times of life.

Sufficient Vitamin K2 along with the other critical fat-soluble activators A and D are especially important for pregnant women to consume to ensure healthy babies. Please note that Vitamin K1 from leafy greens is a different nutrient and is not the same as Vitamin K2 found in the sacred foods of traditional cultures.

The best food sources of Vitamin K2 are grass-fed dairy products, emu oil, gouda, and brie cheese, and natto, a very strong tasting fermented soy product with roots in Japan. Vitamin K2 from animal sources is known as MK-4 while Vitamin K2 produced by bacterial fermentation as found in natto is known as MK-7.

Getting Enough Vitamin K2 is Difficult Even With Grassfed Dairy

Unfortunately, even if one consumes plenty of grass-fed dairy, getting enough K2 in the diet is still very much a challenge.  This is due to the worrisome depletion of our soils which will take generations to repair.

Consider that the spring butter of the Alpine living Swiss was an orange color whereas grass-fed spring butter today is at best deep yellow.   No doubt, the soil that produced the rapidly growing spring grass that the Alpine cows grazed upon was much higher in nutrients in order to produce orange butter which the Swiss reverently placed in bowls with wicks to burn in their Churches.

It also greatly concerning that Vitamin K2 cannot be recycled by the body like Vitamin K1 and that stores can be quickly depleted with the very common and invisible deficiency of K2 occurring in as little as 7 days.

In order to bridge the gap and ensure that my family gets enough Vitamin K2, I decided about a year ago that we needed to take a daily supplement as I was not confident that we were getting enough even with our frequent consumption of sacred foods and grass-fed dairy.

Does this mean that grass-fed dairy is not important?  Absolutely not. It is always best to strive to get your nutrients from food as much as possible.  With the depletion of the soils, however, I did not feel certain that we could get enough K2 eating reasonable amounts of whole and even sacred foods from grass-fed sources like Traditional Societies would have eating a similar diet.

I have not yet seen any scientific studies confirming which specific daily dose of K2 is optimal for long term health, however, based on population studies and data obtained from Vitamin K2 doses given in clinical trials, it seems that 45 mcg/day would be the minimal dose for therapeutic effect with several hundred mcg/day a better target as this is what frequent natto eaters in Japan would be consuming.

The good news is that Vitamin K2 has no known toxicity, so adding a daily supplement taken with food to improve absorption really has no downside.

Why Supplement MK-7 and Not MK-4

If you decide that taking a Vitamin K2 supplement makes sense to you, which should you choose?

If given the choice, I prefer MK-4, the animal form of Vitamin K2 over MK-7 which is the form of K2 from bacterial fermentation.

However, the problem is that while MK-4 in food like grass-fed butter, high vitamin butter oil, and pastured egg yolks is real and ideal, the MK-4 contained in supplements is synthetically derived the same as most vitamin C supplements are synthetic. Incidentally, folic acid is synthetic too (you really want folate).

Let me say that again.

The MK-4 in supplements is synthetic. It is extracted from tobacco, most likely of GMO origin (90% of tobacco crops are genetically modified).

It is not the same MK-4 as found in grassfed butter, eggs, goose liver, gouda cheese or emu oil.

The MK-4 in supplements is not derived from grass-fed dairy as this would be prohibitively expensive.

Another big downside of MK-4 supplements is that this synthetic form of MK-4 does not remain in therapeutic levels in the blood for very long. Only a few hours in fact. As a result, to maintain useful levels of synthetic MK-4 in the blood throughout the day, periodic and inconvenient dosing every few hours is required.

MK-7 is the Optimal K2 Supplement

Taking synthetic vitamins is to be avoided if at all possible. Consequently, I take a Vitamin K2 supplement derived from nonGMO natto.

This is the form of Vitamin K2 known as MK-7 (where to find). It is the exact same K2 you would get if you actually ate natto, which many folks find to be an unpalatable food.

I’ve also vetted this brand and am now using it on a rotation basis. It is natto-based as well.

Another plus is that MK-7 stays in therapeutic doses in the blood much longer than synthetic MK-4. As a result, a once a day supplement of MK-7 is sufficient to supplement the natural MK-4 that one is getting from a diet high in grass-fed dairy and other sacred foods.

The Latest Scoop on K2 Wonder Nutrient
The Vitamin Deficiency That is Written All Over Your Face
Nightshade Vegetables Worsen Pain?