5 Foods to Never Buy at the Healthfood Store 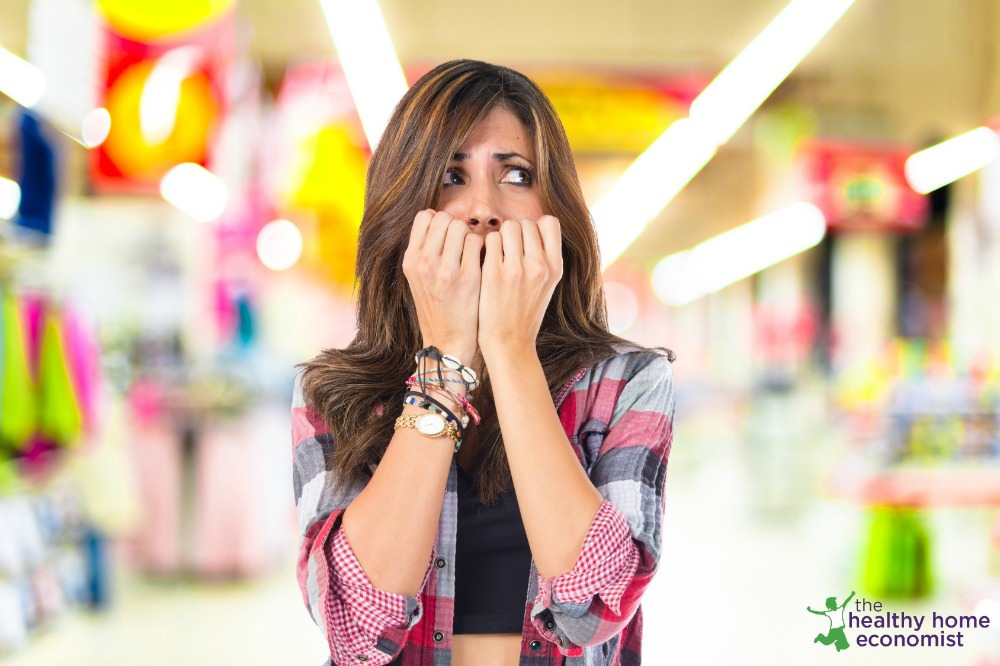 Not all food at the health food store is healthy! In fact, much of it can be classified as organic junk food.  You can always tell healthfood store newbies as their shopping carts are typically loaded up with these types of foods which indicates that they have only recently made the transition from grocery store junk food and are simply replacing one type of highly processed boxed food with another.

Having shopped at health food stores for almost 20 years and seen many a food fad come and go, here is my top five list of supposedly “healthy” foods that are anything but nourishing to you and your family.

Protein is a very fragile macronutrient.  When you separate it from its whole food source it will easily be denatured.  Denatured foods are toxic and allergenic to the body as digestive enzymes do not work well on them and the food ends up only partially digested.  Undigested food rots in the gut and is the perfect food for pathogenic yeasts and bacteria to thrive upon which rapidly leads the body down the path to autoimmune disorders.

Whey protein is especially fragile and cannot be powdered or dried even at low temperatures.

For more information on the dangers of protein powders and other high protein foods, check out the linked article.

Do yourself a favor – if you need a protein boost, skip the protein powder and eat grass-fed steak, some pastured poultry, or an egg instead!

Soy milk is not an ancestral food nor was it ever considered of value in traditional Asian societies. There are zero health benefits to drinking soy milk.

It is a modern invention – a cheap, mass-produced product “fortified” with an undigestible form of calcium as well as synthetic Vitamin D2 which has been linked with hyperactivity, coronary heart disease, and allergic reactions.

Not to mention the high risk of ingesting microplastics from the toxic packaging.

Soy milk is loaded with sugar to cover up its awful beany flavor. Even versions labeled as “original” or “plain” are full of sugar as unsweetened soy milk is highly gag-worthy and completely unacceptable to the consumer. Manufacturers fool the consumer with the amount of sugar in soymilk by using stealth sweeteners such as barley malt and brown rice syrup.

I took a look at an unsweetened soy milk yesterday at the health food store and it had the ominous “natural flavors” in the ingredients list where artificial sweeteners typically lurk. For example, the artificial sweetener Neotame is permitted even in organic foods with no labeling required. (2)

The most insidious aspect of soy milk is its devastating impact on the thyroid gland. Soy is one of the most goitrogenic (thyroid suppressing) foods on the planet. Those who drink soy milk are at great risk of developing thyroid problems or even becoming hypothyroid.

Interestingly, Dr. Harry Miller, the man credited with popularizing soy milk in China in the late 1930s which then spread to the rest of the world, specialized in goiter surgery in his medical practice!

Canned soup even if organic is never a healthy food choice. Most organic soups are nothing but water, sodium, and MSG.  Organic bouillon cubes are no better and the tetra packs of organic chicken or vegetable broth should be avoided as well.

Anything that is in the store that is soup related is going to have MSG in it. Organic MSG is still MSG and will produce the same damaging effects on the neurons in your hypothalamus. Remember that the hypothalamus is the Master Controller of the endocrine system, so if you don’t want your metabolism screwed up – possibly permanently – then avoid canned soup of all kinds as this is a very big source of this toxic ingredient.

If you don’t believe me, just read the label of your favorite organic soup and then read the list of MSG pseudo names. (3)

I have yet to find any organic soup brand that doesn’t have at least one and usually several more of these MSG aliases in them.

Note:  Since this post was written, a few brands of organic soup have appeared on the market that appear to be free of MSG. But, canned food is nutritionless, usually packed in toxic BPA or BPS cans and not in any way health-promoting, so it’s not worth buying anyway.

If you want a decent bowl of soup, you must make your own broth first.

Fish oil is a very delicate oil highly subject to rancidity due to the high concentration of omega 3 fatty acids. Omega 3 fats can never be heated and even exposure to light and air hastens their rapid breakdown.

With this in mind, how then could fish oil supplements be anything but unhealthy given that they are all processed at extremely high temperatures?   They are then packaged in capsules or bottles which sit for goodness knows how long on store shelves until the unwitting customer buys them in hopes that these magic pills will somehow reduce their chances for cardiovascular disease and other inflammatory conditions as so cleverly marketed.

Healthfood stores in my area seem to all be expanding their gluten-free sections lately. Even grocery stores are adding gluten-free aisles.

Gluten-free went mainstream when Chelsea Clinton requested a gluten-free cake be served at her wedding reception.

Don’t be fooled by the hype. Gluten-free foods are not healthy and are not any better than regular store-bought processed versions.

Gluten-free processed foods are made for folks who aren’t ready or are unwilling to switch to Real Food but are very allergic to regular processed foods. Moreover, they are ridiculously expensive and nutritionless to boot.

If you are allergic to gluten, it is much better to work on your gut health by buying and traditionally preparing Real Food rather than the band-aid approach of buying gluten-free processed foods.   Once you rebalance and rebuild your gut so that beneficial bacteria dominate rather than the pathogens that are in control in the gut of a gluten-intolerant person, you might be delighted to find as my husband did that gluten no longer causes symptoms or immunity issues!

I hope this list helps you become a much savvier health food store customer.  Don’t fall for the highly processed organic junk food.   Buy organic produce and one to three-ingredient foods such as nut butter or traditional sourdough bread at your health food store and you will be well on your way to loading your pantry and refrigerator with foods that will really enhance your health and not just give you a false sense of security and empty your wallet!