What is Krill Oil? A Better Choice than Fish Oil? 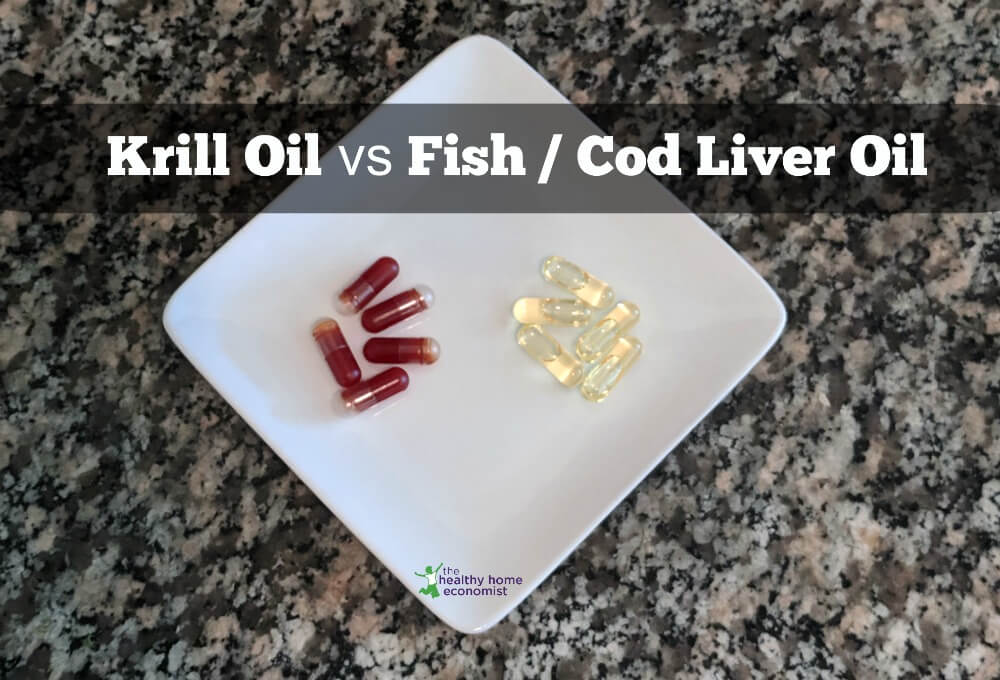 Every ocean on planet Earth contains an abundance of tiny animals known as krill. Measuring only about two inches in size, they are uniquely positioned at the base of the food chain along with other organisms such as zooplankton, sardines, and minnows.

Thousands of diverse animal species rely on krill for food including birds, fish, and whales.

In recent years, supplements derived from these creatures, most notably krill oil, have enjoyed a surge in popularity sometimes as an alternative to fish oil or fish liver oils.

Is such a substitution wise? Does krill oil offer benefits not found in other marine oils?

Let’s see what the research says.

What is Krill Oil?

The word “krill” derives from the Norwegian language. It literally means “small fry of fish”, which is technically inaccurate because krill are invertebrate members of the large arthropod subphylum, Crustacea.

To date, approximately 85 species of krill are known to scientists. They congregate together in large swarms that at certain times of year are even visible from space! (1)

Being at the bottom of the food web means that krill have a much lower probability of contamination from pollution, hence their popularity in supplements such as krill oil.

In addition, many species favor colder waters that tend to be more pristine though this is not always the case.

Unlike short-chain plant-based omega-3 fats found in foods like flax, chia, canola, and hemp seed, long-chain omega-3 fats require no conversion by the body and can be immediately utilized.

This plant-based precursor (alpha-linolenic acid – ALA), while essential in and of itself, has a very low rate of conversion to EPA and DHA. The process is similar to the poor conversion of beta carotene in vegetables to true Vitamin A.

In those with gut issues, the conversion may not take place at all.

For these reasons, the omega-3 fats in krill oil are superior to those found in plant foods.

Most of the omega-3 fats in krill oil are in phospholipid form. This is different from the pure triglyceride form of omega-3 fats found in fish oil or raw cod liver oil.

Research suggests that phospholipid omega-3 fats are particularly beneficial to human biology and even preferable to the triglyceride form. (3)

The presence of phospholipids allows the transport of omega-3 fats by the blood to where they are needed most. This enhanced mobility increases absorptive potential dramatically, perhaps by as much as 10-15 times. (4)

Phospholipid fatty acids represent key structural components of our cells. These important fats play a vital role in cell membrane functioning, which in turn positively affects the overall functioning of our tissues and organs.

Vitamins A and D

Most sources suggest that krill oil is devoid of Vitamins A and D. However, this is not entirely true.

Some quality sources of krill oil (such as this one) contain approximately 100 IU of Vitamin A per gram. While small compared to fish liver oils, it is still present.

Krill oil does not naturally contain any other fat-soluble vitamins including Vitamin D, E, or K2 (unless added by the supplement manufacturer).

Astaxanthin is a naturally occurring carotenoid. It is especially plentiful in zooplankton and krill which accumulate it in their bodies by consuming phytoplankton.

This powerful substance has 550 times the antioxidant strength of vitamin E and 6000 times that of Vitamin C.

Krill oil is a natural source of astaxanthin albeit at low levels.

Despite their tiny size, krill can live a very long time – up to 10 years.

This surprising fact combined with their astronomically large numbers does not mean that sustainability and method of harvesting isn’t an issue, however.

Be sure that the source you choose utilizes eco-harvesting methods to prevent the death of non-krill species (I suggest this vetted brand).

It is also important to choose a krill oil that is produced using ecologically sound methods. For example, extraction of the oil must not involve solvents in the manufacturing process as these substances are not only carcinogenic but also highly polluting to the environment.

Now that we’ve reviewed the benefits of krill oil, let’s make some conclusions.

Without a doubt, krill oil is a far better choice than fish oil as an omega-3 supplement.

The omega-3 fatty acids from krill are primarily in phospholipid form, which is more potent and better absorbed than the triglyceride form found in fish oil. (3)

Secondly, krill oil contains small amounts of astaxanthin, a strong anti-oxidant. This protects it from oxidation better than fish oil, which contains none.

A case could also be made that krill oil is a more sustainable source for marine-based omega-3 fats than fish oil. This is because a tiny amount – around 1-2% – of the total krill biomass is harvested each year. This process is tightly regulated by the Convention on the Conservation of Antarctic Marine Living Resources (CCAMLR).

On the other hand, the overfishing of species used to produce fish oil is a much more serious and unregulated problem worldwide.

While the case for krill oil over fish oil is cut and dry, the comparison is less clear for cod liver oil (I use the Dropi brand).

When it comes to cod liver oil, most brands should definitely be avoided. They are highly processed and contain Vitamins A and D that are either synthetic and/or are not in their natural ratios.

Virgin fish liver oils are another matter entirely. This beneficial supplement contains Vitamins A and D in the proper synergistic ratio and is in unheated, optimally bioavailable form.

Thus, if you are seeking a natural source of natural Vitamins A and D, unheated virgin fish liver oils are definitely your best bet over krill oil.

So, from an omega-3 perspective, krill oil is a better choice than fish liver oils.

What is the Best Marine Oil?

Need a marine oil primarily for omega-3 fatty acids? If so, choose sustainable krill oil (this is my preferred source) as it offers phospholipids, the most beneficial form.

If you do not consume organ meats in your diet and thus need a marine oil as a natural source of true Vitamin A and D, choose raw virgin cod liver oil (this is an excellent, vetted source).

The best way to go is to have both in your pantry if the food budget allows.

If you can only afford one, choose virgin cod liver oil as it contains both Vitamins A/D and omega-3 fats (albeit not in the more potent state).