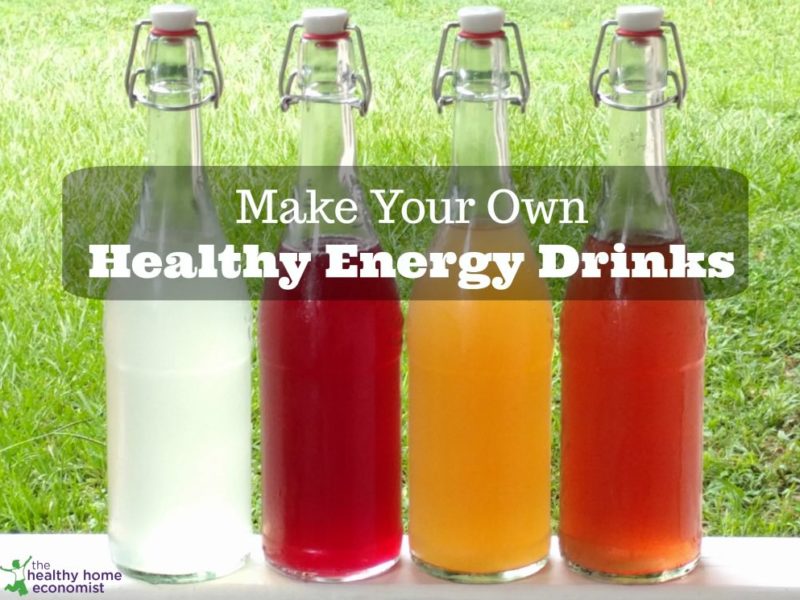 The first official healthy energy drink was created by the Japanese company Taisho Pharmaceuticals in 1960. This beverage, called Lipvitan-D, contained a mix of essential vitamins, the amino acid taurine, and the B vitamin niacin as metabolic agents to boost energy and concentration.

Energy drinks officially went to the Dark Side with the creation of Red Bull in 1987, which added large amounts of sugar and caffeine to the mix. Red Bull made its debut in the United States in 1997, spawning what would quickly become a multi-billion dollar industry consisting not just of energy drinks, but also energy shots and energy drink mixes of all kinds. (1)

Most concerning about this trend is the popularity of these types of beverages with children. In 2011, approximately 30-50% of adolescents and young adults consumed them. No doubt, the figure is higher today.

Even children under 10 are sometimes given an entire energy drink on the way to school to “wake them up” before arriving for classes.

Such a habit has both short term and long term dangers. In the short term, the risk of chronic dehydration is high. Caffeine is a powerful diuretic, meaning it pulls water OUT of the body.

Ironically, dehydration commonly causes fatigue, which can trigger adrenal fatigue and a vicious cycle of needing another energy drink!

According to the journal Pediatrics, long term risks to children and young adults from energy drinks include organ damage, seizures, and respiratory disorders among many others. (2)

The problem of chronic dehydration from energy drink consumption can have severe consequences for children that play sports.

Being well-hydrated is crucial to avoid activity-related injuries according to Dr. Shala E. Davis, professor of exercise science at East Stroudsburg University. Adequate hydration is very difficult to achieve when consuming caffeinated energy drinks prior to competition.

Dr. Davis goes on to say that “kids who grow quickly and don’t match that growth with good nutrition are at a greater risk for stress fractures and other injuries.” (3)

“Good nutrition” ideally should include plenty of hydrating beverages, not high sugar energy drinks which can unbalance beneficial gut flora, potentially creating an intestinal environment where absorption of nutrients from food is very poor. (4)

Sugar-free or low carb energy drinks are not an improvement either. Such drinks typically contain sucralose or other artificial sweeteners which add a host of additional health-related concerns.

Creating Energy without Sugar and Caffeine

It is probable that many people – especially children – who rely on high sugar and/or high caffeine energy drinks to get through the day are simply chronically dehydrated.

Combine this with the fact that plain water is not always the best hydrator and what should you drink to remedy the situation?

Fermented beverages such as kombucha, switchel, and water kefir are great choices as is a homemade electrolyte replacement drink.

Lately, I’ve been making a natural energy drink that adds the health benefits of raw apple cider vinegar too. It mimics the extremely popular ACV tonics on the market.

While a bottle of Bragg or Kevita ACV tonic will set you back about $3 for a pint, you can make a similar hydrating energy-boosting beverage for about 50 cents per pint yourself. That’s more than 80% less!

Below is the recipe I’ve been using. It is so simple and delicious over ice any time of day.

Feel free to slightly adjust the proportion of water to juice to suit your liking. Be sure to include the 2 tablespoons of ACV for the therapeutic and hydration boosting effects. As a bonus, this homemade tonic encourages comfortable digestion if you choose to sip it with meals. 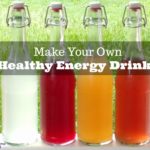 How to make your own natural, organic and healthy energy drinks for pennies per quart to avoid commercial brands with caffeine, sugar/artificial sweeteners and additives.

I recommend Perrier as the sparkling water of choice for this recipe instead of plain carbonated water for two reasons. First, it is a natural mineral water, and second, it holds its fizz much longer than other brands I've tried. 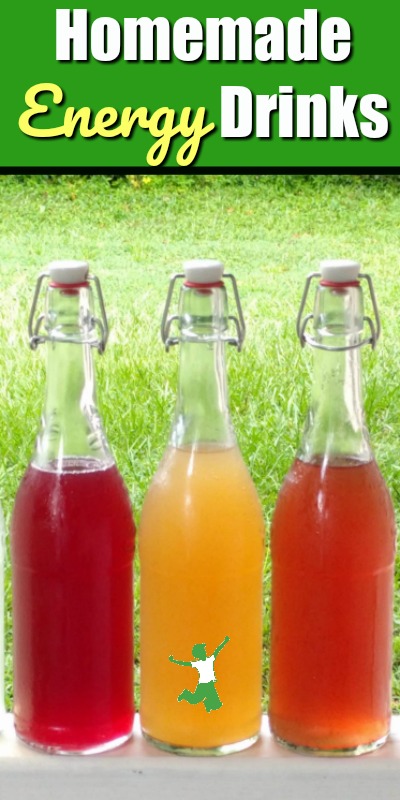 How to Blend Matcha with No Clumps

How to Separate Whey from Plain Store Yogurt (+ VIDEO)