The reason certified uncontaminated oats and oatmeal are never truly gluten-free and why those who are Celiac should avoid them unless they have been biopsied first. 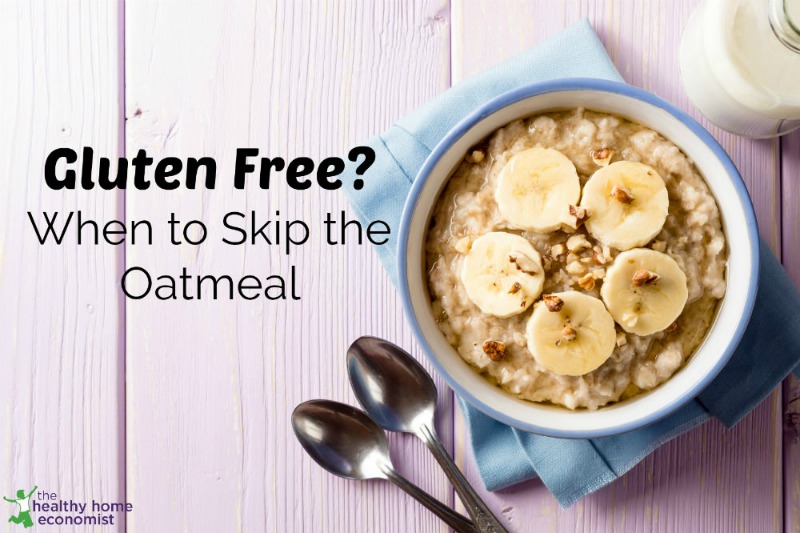 A person who is “celiac” suffers from the serious autoimmune system disorder called Celiac (Coeliac) disease. This condition is an inherited genetic disease characterized by damage to the intestinal mucosa from exposure to gluten.

Gluten is a difficult to digest plant protein contained in some types of grains. All types of wheat contain it including einkorn, spelt, kamut, farro (emmer), durum, semolina, and bulgur.

Barley and rye also contain gluten as does the wheat/rye hybrid triticale.

Any processed food with even tiny amounts of these grains can trigger symptoms. Hence, complete avoidance of these foods is necessary for celiacs. Usually, gluten sensitive individuals must avoid these grains as well, although einkorn which contains “good gluten” is sometimes tolerated.

Not All Gluten Free Grains Safe for Celiacs

Switching to gluten free grains is the usual course of action when Celiac is the diagnosis. Examples include millet, corn, rice, and sorghum.

Pseudo cereal grains such as quinoa, aramanth, teff and buckwheat are also excellent options for those avoiding gluten.

Some diagnosed celiacs choose to go paleo or keto and avoid grains completely. As it turns out, this is a good idea for some of them given that one gluten free grain in particular is proving to be no safer than wheat, barley, and rye.

The Gluten Free Grain that Isn’t

You might have guessed that the grain I’m referring to is oats. Next to rice, oats is the most popular gluten free grain on the market.

When processed in a certified gluten free facility to prevent cross contamination, oats present an attractive alternative to those who are gluten sensitive and/or Celiac.

However, research now indicates that even uncontaminated oat groats are best avoided by these individuals.

The trouble with even certified gluten free oats is that they contain the protein avenin.

Avenin is a gluten-like protein that triggers symptoms for approximately one in five celiacs.

Current gluten sensitivity tests only measure for gliadin in wheat, hordein in barley, and secalin in rye. Avenin requires a different test and is increasingly classified along with other gluten proteins. A good gastroenterologist will test for all 4 proteins.

Hence, a growing number of practitioners are recommending that celiac sufferers avoid all oats unless they have had a biopsy prior to and during consumption to confirm tolerance. (1)

Dr. Robert Anderson, a fellow of the Royal Australasian College of Physicians and an internationally recognized expert in celiac Disease also advocates for this approach. (2)

The fact that 1:5 celiacs react to pure, uncontaminated oats is concerning given that many foods in North America that contain them are labeled “gluten free”. This is a hugely confusing labeling policy that causes many people to consume oats who should otherwise avoid them.

The truth is these products are not safe for a large number of celiacs and potentially gluten sensitive people as well. (3) 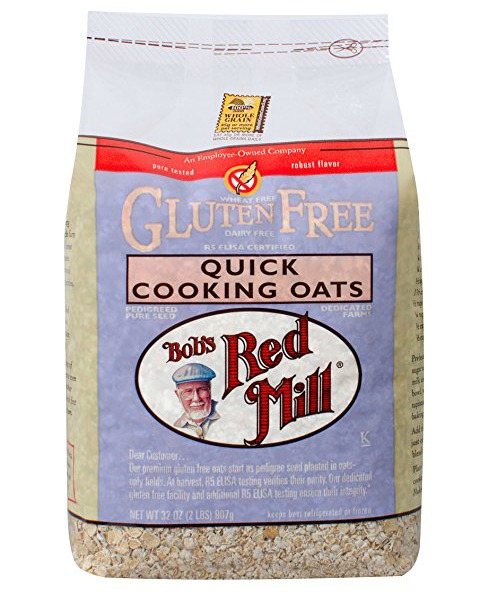 Some Countries Do Not Allow Gluten Free Oats Label

Other countries require more strict labeling of oats than the United States, Canada, and the UK.

This only adds to consumer confusion as the same exact same brand can be labeled gluten free in one country and not in another.

No wonder so many people are confused about whether oats are truly gluten free and their safety for celiacs and the gluten sensitive!

Eat Oats or Not?

If you are celiac, it is best to avoid oats no matter what the label says. This includes sprouted and overnight soaked oats too. Gluten sensitive individuals would be wise to tread carefully with this gluten free grain as well.

While oats technically are gluten free, the protein avenin triggers a gluten-like reaction in approximately 20% of celiacs. At the present time, it is unknown how many gluten sensitive, nonceliac people react to oats.

If you are celiac and want to eat them anyway, be sure to get a biopsy test before and after eating uncontaminated oats. This precaution will ensure that you have a tolerance for avenin. Otherwise, you risk relapse or preclude the chance for remission from your celiac symptoms.