You are here: Home / Fitness / Why a Fitbit Harms More Than Helps Your Health 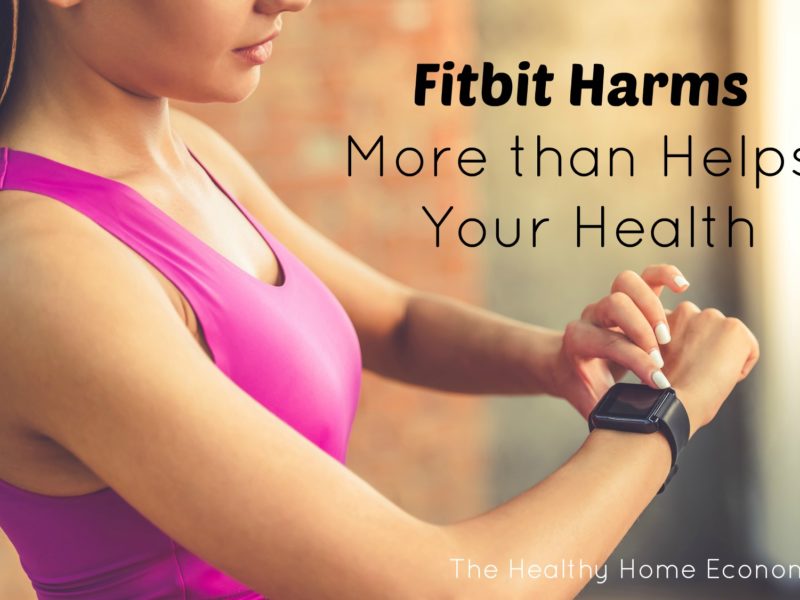 A Fitbit is a type of electronic device used for personal activity tracking. These wireless-enabled, wearable devices measure data such as the number of steps walked, quality of sleep, and other personal metrics.

The Fitbit was developed by the company of the same name founded and managed by James Park and Eric Friedman.

Since then, a proliferation of various styles and models have taken the workout world by storm with Fitbits and similar knock-off devices crafted for every personality and need.

The very simple Fitbit Zip, which is about the size of a quarter, tracks only steps taken, distance traveled, and calories burned. The sophisticated Fitbit Flex, which is worn 24 hours a day even while showering and swimming, track all its wearer’s movement including sleep patterns.

There are Fitbit apps for the iPhone and Android too which allow fans to log their food, activities, water intake, and weight, as well as track their fitness goals throughout the day even while offline.

While the Fitbit and other devices like them may seem like a very helpful tool to keep people motivated and moving toward exercise goals, I don’t personally use one nor do I recommend them to folks who ask me about them.  (Psst! A fascia blaster isn’t healthy either!)

Here are my reasons.

Exercise is About Relaxation, Movement and Stress Reduction

For me, exercise is primarily about movement, relaxation and stress reduction. It frees the mind from the cares of the day for a short period of time.

Adding a lot of data and personal activity tracking to the mix is decidedly un-relaxing to me. I don’t want my every breath, step and heartbeat chronicled, tracked and categorized as I go through my workout whether it be a leisurely stroll around the neighborhood or a high-intensity rebounding session on our outdoor trampoline.

Tracking my steps around the house as I do laundry, cook and wash dishes seems very over the top and rather invasive too.  Can’t we just enjoy our exercise and daily activities without having to micromanage and examine every aspect under a microscope?

This takes much of the joy, relaxation and ultimately, health benefits out of it, in my opinion!


Exercise is not primarily about weight loss either at least to me. It’s about getting the blood pumping to facilitate the body’s detoxification mechanisms and to build and maintain muscle, fitness, and balance.  Simple burning of calories may help you lose weight but this alone never got anyone healthy, so why bother tracking exercise at such an elementary, two-dimensional level?

While some may find Fitbits helpful to the exercise process, to me, they detract from the psychological benefits of exercise enjoyment by micromanaging what should be experienced in an expansive manner.

While it is basically impossible to get away from the constant bathing of the body in wireless radiation while at work or in a public place, exercise particularly in the outdoors offers a prime opportunity for rest and release from the onslaught of electromagnetic fields (EMF) for a brief period of time.

It makes no sense, at least to me, to be hooked up to a device like a Fitbit that emits any sort of EMF radiation while exercising which is already putting the body under physical stress from sweating and detoxification.

A Fitbit that people wear while sleeping seems most dangerous of all.  There is absolutely no data proving the safety of these devices during sleep even though the user manuals claim that “This equipment complies with FCC radiation exposure limits set forth for an uncontrolled environment.”

In fact, sleep and good health are so inextricably linked that many holistic medical practitioners recommend turning all wireless sources off at night with some going so far as to recommend flipping the entire house breaker until morning!  The reason?  The EMF radiation swirling around you may negatively affect sleep in a very profound way over the long term.

I’ve written before about how wireless baby monitors aren’t a good idea for sleeping babies. Fitbits worn during sleep transmitting data via wireless are a bad idea for similar reasons.

According to PowerWatch, a wireless baby monitor at less than 1 meter away from the baby’s crib was roughly equivalent to cell tower radiation standing only 150 meters (about one-tenth of a mile) away. How much worse would a wireless-enabled Fitbit be that is worn on your physical person as you exercise or sleep?

Interestingly, if you have dental amalgams (silver fillings) or titanium implants, this may make the wireless radiation from constantly wearing a digital Fitbit type device even more problematic.  According to Lina Garcia, DDS, DMD:

“When considering the numerous reasons for the increasing prevalence of chronic illness in our society, I think that we should not overlook the possibility that metal-containing dental work, especially titanium implants, could be acting like antennas for the microwave [which includes wireless] transmissions going on between our cell phones and all of the cell phone towers in our 21st century environment.

If you doubt that you are surrounded by very strong wireless radiation while wearing a wireless-enabled device be it a cell phone or a Fitbit, you can now download an app that will give you a colorful visual on those waves invisibly surrounding you with blue indicating the strongest wireless radiation down to red which indicates the weakest signal. 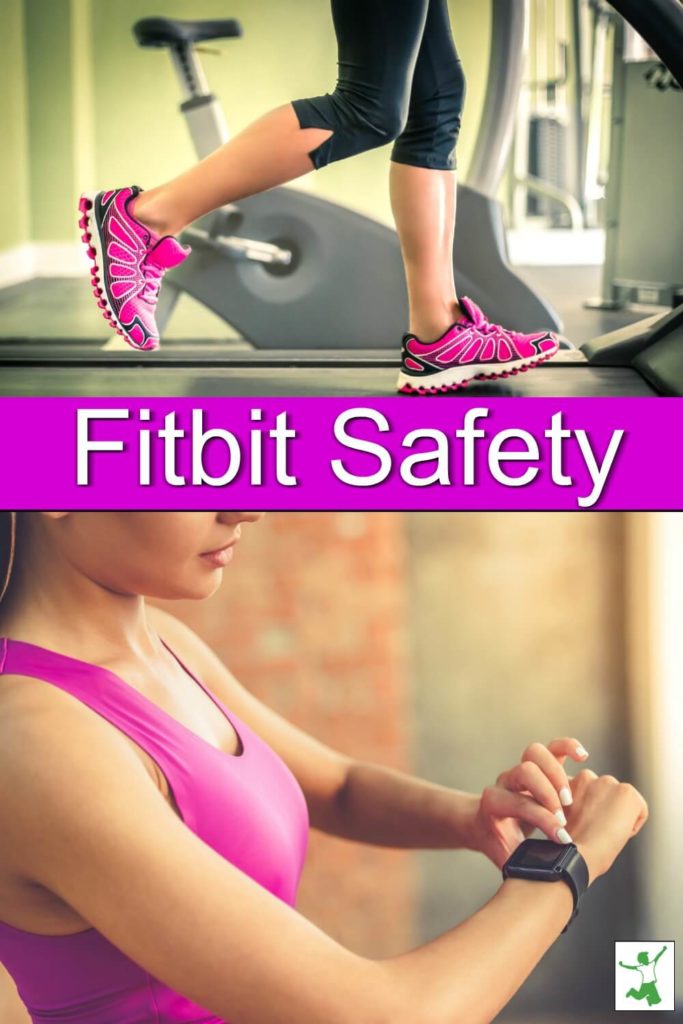 Heavy Metal Exposure from a Fitbit?

In March 2014, the Consumer Product Safety Commission officially recalled the Fitbit Force due to injuries to an estimated 9,900 people.  These customers suffered from skin irritations such as blisters, rashes, and peeling skin after the continual wearing of the Fitbit Force for a period of time.  Fitbit stated that after consulting with medical professionals, the general assessment is that the skin problems were likely allergic reactions to nickel, an alloy in the stainless steel or adhesives used to assemble the Fitbit Force.

While it is well known that ingesting heavy metals like nickel can cause health problems, what is less well known is that the skin can absorb heavy metals too. Cooking acidic foods in stainless steel is known to leech alloys like nickel into the food, but could stainless steel placed on the skin which is normally acidic at a pH of 4.5-5.5 leech metals too?  Even minute amounts of heavy metals in the body can have negative health consequences so this is far from a trivial concern.

Until there are more research and definitive answers to this question, it seems prudent to be wary of products like the Fitbit Force that expose the skin to heavy metals for extended periods of time.

Must Have a Fitbit?

If you find that despite any health concerns, you simply must have a device like a Fitbit to track personal activities, my suggestion would be to seek one of the older models that work mechanically rather than digitally.

For example, a basic mechanical pedometer counts steps by measuring how much the body shakes. An internal object moves up and down with the motion of the person wearing the pedometer, which senses the vibrations of feet hitting the floor. As the ball moves, it activates a switch that clicks the counter forward.

You can tell that you have a mechanical pedometer as it will work simply by shaking it even without any walking involved.

My Experience Using a Fitbit Scale

While I don’t wear a Fitbit like device for the reasons cited above, I did use a Fitbit scale once a few months back. These devices measure BMI, body fat and other health statistics by sending an electrical signal through the body.

While the companies making these scales insist the signal shot through the body to gather the data is safe, the scale isn’t recommended for pregnant women, children under 10, or anyone with an implanted medical device.

While I do not consider myself EMF sensitive in any way, I felt immediately light-headed and fatigued after having my health statistics gathered by the Fitbit scale.  The experience really surprised me, as I didn’t expect a single-use to produce such a reaction. I didn’t feel right until a number of hours later.

Needless to say, I won’t be using a Fitbit type of scale again in the future!

Use of a Fitbit Like Device is a Personal Decision

While choosing to use products like the Fitbit ultimately is a personal decision like whether or not to put a cellphone up to your head, in my book, it seems important to learn to switch off from our constant exposure to electronic devices and EMF radiation.

Exercise and sleep are the most obvious times to give yourself both a mental and physical break from EMF exposure.

Do you use a Fitbit?  What are your reasons for doing so and do the potential health risks concern you?


Are AMR Devices Safer than Smart Meters?
The Dangers of Induction Stoves (and what to buy instead)
The Health Hazards of Heavy Metals
Heavy Metal Toxicity Raises Risk of EMF Sensitivity
Reducing Exposure to Dirty Electricity
Harvard MD Speaks Out about the Health Dangers of Smart Meters
How to Protect Yourself from a Smart Meter

Why Meatless Mondays Aren’t Really So Green
Next Post: The Truth about Your Morning Coffee Fix