The Healthy Home Economist / Healthy Living / Fast Food: They Don’t Make it Like They Used To 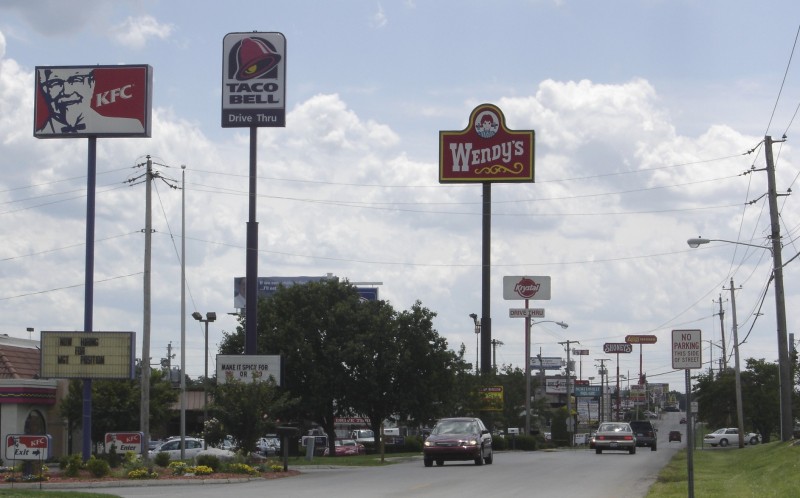 I grew up eating a lot of fast food. My Mom didn’t enjoy cooking and so grabbing a quick meal from McDonald’s, KFC, Maryland Fried Chicken (remember that one?), Dog n Suds, A&W, Pizza Hut, Wendy’s or Taco Bell was a regular occurrence for me and my siblings. On average, I probably ate it at least 3 times every single week growing up.

If I ate so much junky processed food growing up and still managed to end up a relatively healthy adult, why on earth don’t I buy my kids standard issue fast food even once in awhile?  Am I a crazy, over the top, helicopter Mom because my kids have never eaten a McDonald’s, Burger King, Taco Bell, Wendy’s, KFC (etc, etc) meal?

You might be asking yourself a similar question. If you ate a lot of fast food growing up and you’re still here, why shouldn’t you let your kids eat it too? Isn’t the fact that you’re still standing proof that this stuff isn’t that bad?

The answer is that the fast food of today is not the same fast food we ate during our childhoods. Not even close.

It’s waaaaay worse.  So much worse that it really no longer qualifies as food.

You see, the fast food we ate way back when was actually food.  It was just prepared fast and served up quickly.

The fast food of today is still prepared fast and served up quick but it is no longer food.

As you can see, the fast food and processed foods of today are far worse than what many of us adults consumed as children. The downhill slide has occurred slowly, so slowly in fact, that it has escaped the notice of the general public. According to GMO Inside, only 26% of Americans even know that that GMOs are in every single bite of their fast food.

If you would like your children to be excluded from this vast experiment being conducted by the industrial food system with millions of unwitting participants, I would suggest finding restaurants in your area that serve fast food made the way it was when we were kids. We have a place like this where I live that I am happy to take my children to where we can enjoy a burger and fries the way I ate it as a kid.  More and more places like this are popping up all over the country. Find them and support them so they stay in business.

It is not necessary to raise your child in a bubble. What is necessary is to teach your child that not all fast food is the same and how to wisely discern the good from the bad.

From Sterility to Stomach Holes: 11 Scientific Reasons Why You Must Avoid GMOs Now