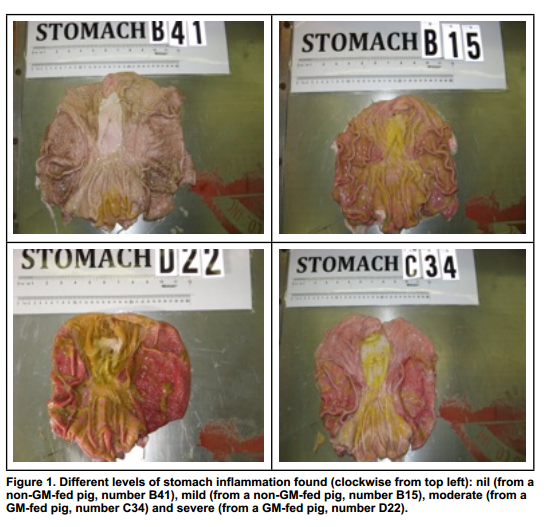 It is estimated that over 80% of processed foods now contain genetically modified organisms, also called GMOs. The rapidity with which these frankenfoods have invaded and continue to expand within our food supply is nothing short of terrifying. For example, Monsanto’s Roundup Ready GMO sugar beets were first introduced to the market in 2008.  Now, a few short years later, at least 95% of the sugar beets grown in the United States are GMO with over 50% of the white sugar from GMO beets – NOT sugar cane which is what the majority of consumers assume!

While most world countries opt for full disclosure on product labels, the US still does not require any information to warn consumers of lurking GMOs. For parents, it is imperative to source and buy foods free of GMOs as much as possible as the long term effects on humans, especially growing children, is completely unknown.

Buying from trusted local producers and seeking products that are organic or have the Non-GMO Project Verified label is the best way to achieve this goal until manufacturers are finally required to disclose the truth on ingredient labels.

If you are still unconvinced that the effort and expense required to avoid GMOs for your family is worth it, below is a list of 11 scientific reasons why you should reconsider.

Processed food containing GMOs is not really food – it is a chemistry experiment. Be sure your family opts out.  Your children deserve better than to be hapless guinea pigs for the industrial food system.

1)  A study of GMOs reported in the June 2013 issue of the peer-reviewed Journal of Organic Systems involved research conducted over 22.7 weeks using 168 newly weaned pigs in a commercial U.S. piggery. One group of 84 pigs ate a diet that incorporated genetically modified (GM) soy and corn, and the other group of 84 pigs ate an equivalent non-GM diet.  The pigs that ate the GM diet had a higher rate of severe stomach inflammation – 32 percent of GM-fed pigs compared to 12 percent of non-GM-fed pigs (see photo above). The inflammation was worse in GM-fed males compared to non-GM fed males by a factor of 4.0, and GM-fed females compared to non-GM-fed females by a factor of 2.2. (Source)

2)  In 2012, researchers found that female rats fed GMOs in the form of Roundup Ready-tolerant corn developed large tumors and dysfunction of the pituitary gland; males also developed tumors and exhibited pathologies of the liver and kidney (Food and Chemical Toxicology 2012).

3)  Scientists at the Russian Academy of Sciences reported between 2005 and 2006 that female rats fed Roundup Ready-tolerant GM soy produced excessive numbers of severely stunted pups with more than half of the litter dying within three weeks, and the surviving pups completely sterile.  (Source)

4)  In 2005, scientists studying GMOs at the Commonwealth Scientific and Industrial Research Organization in Canberra, Australia reported that a harmless protein in beans (alpha-amylase inhibitor 1) transferred to peas via genetic engineering caused inflammation in the lungs of mice and provoked sensitivities to other proteins in the diet (Ho MW. Transgenic pea that made mice ill. Science in Society 29, 28-29, 2006).

5)  From 2002 to 2005, scientists at the Universities of Urbino, Perugia and Pavia in Italy published reports indicating that GM soy affected cells in the pancreas, liver, and testes of young mice (Science in Society 29, 26-27, 2006).

11)  Testing by Monsanto itself has found that rats eating GM maize (MON863) develop smaller kidneys and show startling changes in blood chemistry.  One blood change included an increase in white blood cell count which demonstrates that the GM food elicited an immune reaction by the body.

The Weston A. Price Foundation
The Non-GMO Verified Project

Is Your Closet Making You Sick?

Critical Nutrients Necessary to Withstand 5G, Wifi and other EMFs

EMFs in the Car. Safest Options for Phone, Music & Podcasts While Driving (I tested them all!)