One Person’s Poop is Another Person’s Prescription 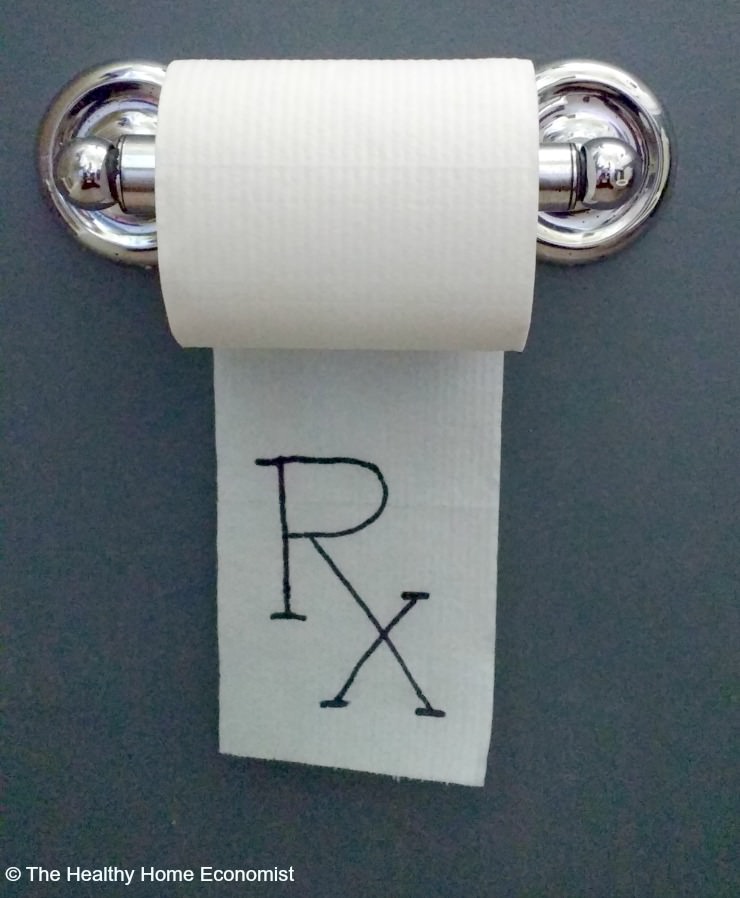 As a long-time health blogger, you can imagine that I get some pretty “out there” emails. Sometimes the emails are happy or funny, occasionally scary, and at other times very, very sad.

It just goes with the territory.

One of the most heart-rending emails that caught me off guard landed in my inbox last Spring. The email detailed a woman’s arduous struggles attempting to reclaim her gut health to no avail. As a last-ditch effort, she wanted to try an at-home fecal transplant but had no healthy relatives or friends from whom to get a donated poop sample.

For those of you who aren’t yet familiar with fecal transplants, they are a procedure that is gaining rapid and widespread popularity in conventional medicine due to the nearly 100% success rate they promise for those with intractable, life-altering gut problems or infections such as the superbug known as C-diff. Since having a hospital perform the procedure is very expensive and many times not covered by insurance, laypeople have developed a DIY approach which is specifically what this lady was emailing about.

You can imagine my shock when I read further down the email to where the lady asked if she could purchase a stool sample from one of my children since they had been born naturally, breastfed for 2+ years, never been on antibiotics and raised on a traditional diet. I literally teared up when I read this message!

It is so tragic how sick many people have become today as a result of the industrialized food system, routine antibiotics, and other gut flora altering drugs prescribed like candy at doctors’ offices.

Needless to say, I was unable to help this poor woman out with that request. But, one of my children was quick to notice a business opportunity when I mentioned the email to them (not over dinner!). He said, “Mom, someone needs to start a company that takes people’s poop and stores it for others who need it.”

As it turns out, there is now a company that does exactly that.

The company OpenBiome is the very first and, as of this writing, the only independent stool bank in the country. Mark Smith, an MIT postdoctoral associate, launched the nonprofit in 2012 in Medford, Massachusetts and describes his operation as similar to “a blood bank, but for poop.”

Smith’s mission is to ensure that every city and town in the United States are provided with fecal samples within a two-hour radius for every person who needs them. The company has hit the four-hour radius so far with 345 hospitals in 48 states obtaining stool samples from OpenBiome for the purpose of fecal microbiota transplantation.

Smith says that from a cost perspective, fecal transplants are the optimal treatment for patients who aren’t responding to antibiotics for severe and recurrent intestinal infections such as C-diff saving on average $17,000 per patient compared to treatment with antibiotics.

OpenBiome sells poop for $250 per sample to independent physicians and hospitals that do not have their own stool samples in-house.

While the cost for a fecal transplant sample is extremely reasonable, challenges remain as the procedure is still categorized as explorational by the FDA. This means that patients are not going to find universal acceptance among insurance companies for reimbursement.

Need a Career Change? Pooping for a Living Could Be for You

OpenBiome targets nearby Tufts University as a ready source of young, healthy donors. However, if you are under age 50, willing to make daily trips to Medford, and have regular bowel movements, pooping for a living could be your true calling too.

Donors are paid $40 for each stool sample, with a $50 weekly bonus for those who come into OpenBiome to do their daily business five days a week. This translates to $1000+ per month or $13,000 per year.

In addition to a significant side income, regular donors get to compete for the legendary names awarded by OpenBiome like Albert Einstein, Vladamir Pootin, and Dumpledore.

Who knew that healthy poop was such a valuable commodity?

Only in America my friends. If there’s a buck to be made on something, it will be made.

Poop Bank in Massachusetts Will Pay You Per Dump

Don’t Waste Your Time. Why the Candida Diet Doesn’t Work