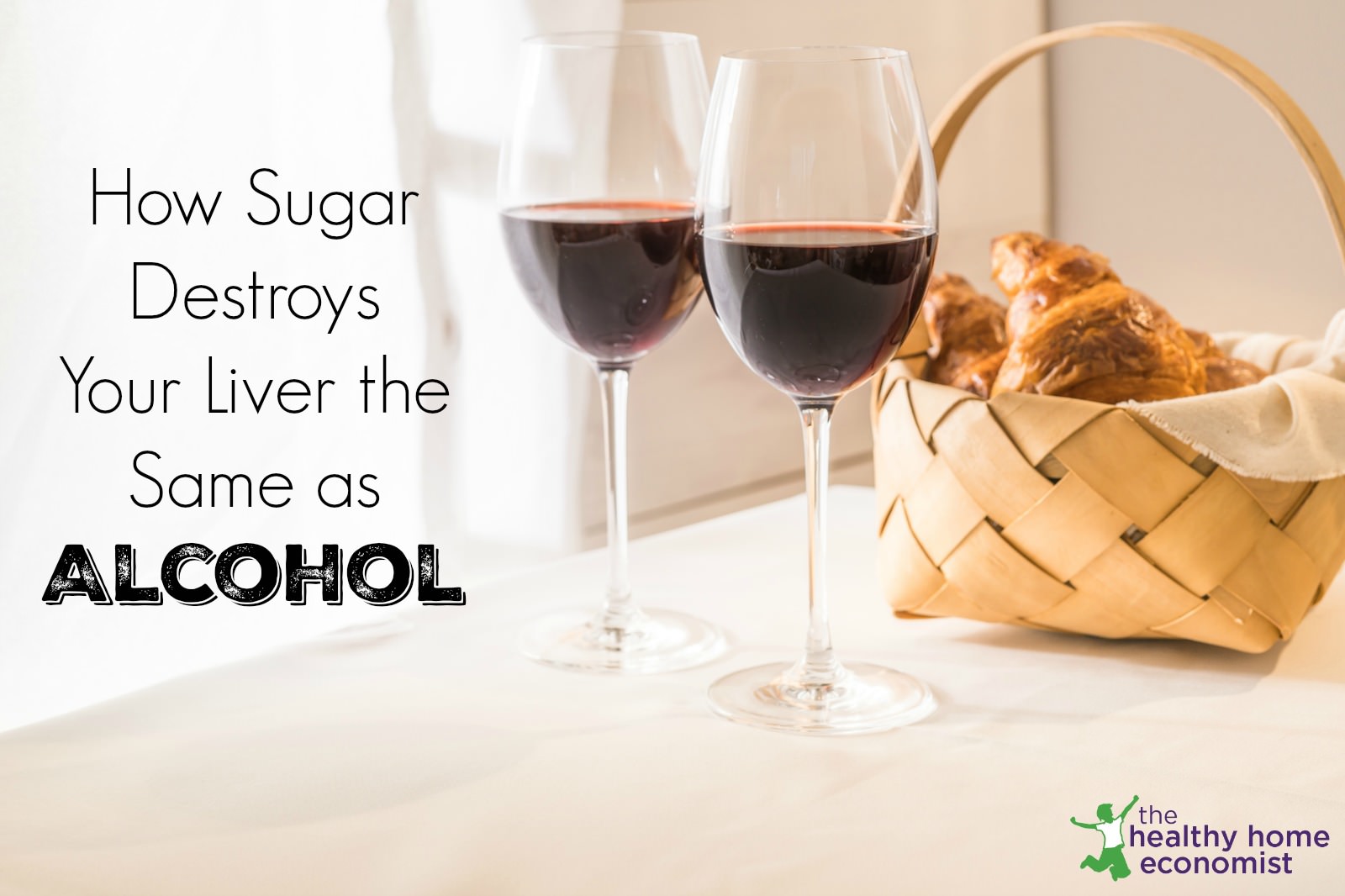 It is well known that overconsumption of refined carbs and sugar can make you overweight with blood sugar issues.

Did you know that it can also give you a mangled, scar ridden liver that is indistinguishable from the liver of a fifth of whiskey a day alcoholic?

It is estimated that over seventy million Americans suffer from nonalcoholic fatty liver disease – most who don’t even know it.

Dr. Samuel Zelman MD first brought attention to this disorder in 1952 when he observed the disease in a hospital aide who drank 20 or more bottles of Coca-Cola each day. Given that this disorder was basically unknown just 60 years ago, there can be no doubt that nonalcoholic fatty liver disease is a disease related to overconsumption of the “displacing foods of modern commerce” written about by Dr. Weston A. Price in his book Nutrition and Physical Degeneration.

In 1980, the Mayo Clinic produced a report detailing “nonalcoholic steatohepatitis” or “NASH” to describe the disease. Giving the nonalcoholic form of fatty liver disease an actual name proved helpful as it gave physicians a much-needed awareness of this disorder.  Prior to this report, physicians were known to accuse patients with the disease of lying about their alcohol consumption habits.

Increasing scrutiny of nonalcoholic fatty liver disease since 1980 has confirmed again and again the relationship between this disorder, obesity, and diabetes.  Most alarming is the fact that this disease is present in up to 75% of obese individuals, mostly undiagnosed.

The initial trigger for this disorder appears to be nutritional imbalance brought on by overconsumption of calorie-rich refined foods which send too much energy to the liver without sufficient nutrients to process it.

The vulnerability of the liver is further increased by overconsumption of polyunsaturated vegetable oils which promote oxidative stress and inflammation.

Choline to the Rescue

Choline deficiency contributes greatly to the development of nonalcoholic fatty liver disease.  Choline, a water-soluble nutrient usually grouped as a B vitamin, is primarily found in liver and egg yolks, foods typically shunned in the diets of the majority of Americans.

Choline is necessary to produce a phospholipid that is a necessary component of a particle used by the body to export fat from the liver.  Choline, then, can prevent the development of fatty liver whether the cause is sugar, omega-6 polyunsaturated fats found in excess in processed foods, or alcohol.

The amino acid methionine acts as a precursor to choline and therefore can be helpful in the prevention of this disorder depending on the ability of the individual to make that conversion.  It seems genetics plays a role given that Asians seem better able to make the conversion than Caucasians.

Drunk Without A Drop

Dr. Natasha Campbell-McBride writes about a related phenomenon in her book Gut and Psychology Syndrome. Adults and children with an overgrowth of Candida (pathogenic yeast) in their gut can appear permanently tipsy or drunk due to the hijacking of glucose by Candida which digests it in a manner called alcoholic fermentation.

Candida and other pathogenic yeasts in the gut convert dietary glucose into alcohol and the byproduct acetaldehyde. The symptoms of drunkenness are particularly pronounced after a meal heavy in carbohydrates.  Candida would consume these carbohydrates (refined carbs and sugars) and produce alcohol.

Therefore, despite the fact that these adults and children never consumed any alcohol whatsoever, they would nonetheless suffer from the effects of alcoholism!

Alcohol has a very small molecular structure and so passes very easily into the blood and any other barrier in the body.  As a result, a pregnant woman with Candida overgrowth is at particular risk as the alcohol that is produced by the pathogenic yeasts in her gut would cross the placenta to her unborn child.

Alarmingly, alcohol would also be present in her breastmilk potentially resulting in an infant that is drunk!

According to Dr. Campbell-McBride MD, the effects of a chronic presence of alcohol in the body from overconsumption of refined carbohydrates and sugars as well as an imbalanced gut dominated by pathogenic yeasts include:

While shocking and seemingly far fetched, a diet high in refined carbohydrates, polyunsaturated oils and sugar and the associated gut problems that go along with it can indeed result in being drunk and the corresponding physiological effects of alcoholism even if the sufferer never drinks a single drop of beer, wine, or hard liquor!

It seems clear that a return to the traditional diets of our ancestors is imperative in halting this devastating epidemic and its lifelong impact not only on ourselves but the most vulnerable among us as well – our children and grandchildren.